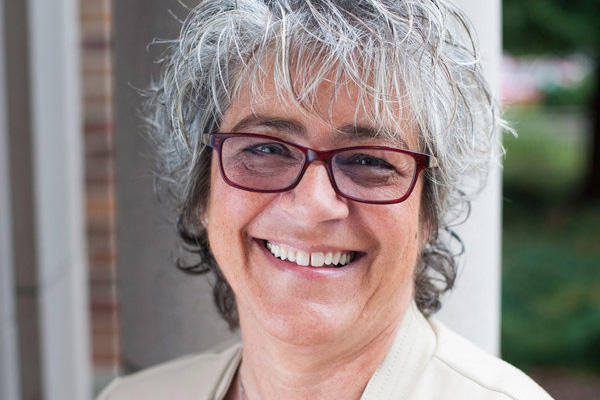 For the first time in its 40-year history, the Washington Department of Corrections (DOC) will be led by a woman.

On Thursday, Gov. Jay Inslee named Cheryl Strange as the agency’s next secretary.

From 2008 to 2011, Strange was DOC’s deputy secretary. Currently, she’s the secretary of the Department of Social and Health Services (DSHS). Previously, she was CEO of Western State Hospital (WSH).

“I didn’t have to look far to know that we have the right leader, right here, already on our team,” Inslee said in a statement. “I can’t think of anyone more qualified than Cheryl to lead DOC into its new future.”

In recent years, one of Strange’s top priorities has been the agency’s effort to transition civil, or non-criminal, mental health patients out of the state’s psychiatric hospitals and into new community-based facilities.

That five-year transition plan was first announced in 2018, the same year WSH lost federal certification, and with it approximately $53 million in funding, following a failed two-year turnaround effort.

At the time Strange said the hospital was dedicated to providing safe care to patients, but acknowledged the challenge of operating the century old facility.

Department of Social and Health Services Secretary Cheryl Strange will be Washington’s first female Secretary of Corrections. She will begin her new position in mid-May. CREDIT: Washington DSHS

In her new role, Strange will be responsible for a state prison population of roughly 15,000 spread across 12 prisons and 12 work release facilities. In addition, DOC supervises about 20,000 people on community supervision.

“It is a tremendously rewarding challenge that lies ahead, particularly with the emphasis on re-entry by incarcerated individuals,” Strange said in a statement. It is also a noble cause and I truly appreciate the governor’s confidence as I take on this new role.”

Strange will replace Steve Sinclair who earlier this year announced his retirement effective May 1. Sinclair has served as secretary since April 2017. He began his career with the agency more than 30 years ago as a correctional officer at the Washington State Penitentiary in Walla Walla.

As secretary, Sinclair said he worked to shift the culture at DOC to focus more on rehabilitation and re-entry. Under his leadership, the agency adopted a new mission statement – “To improve public safety by positively changing lives — and partnered with the Vera Institute of Justice to find ways to further reduce the use of solitary confinement. In 2019, Sinclair traveled to Norway on a trip organized by Vera to see firsthand how that country approaches corrections.

Over the past 14 months, much of Sinclair’s focus has been on battling COVID-19 inside the state’s prisons. To date, about 6,200 inmates and more than 1,200 staff have tested positive for the virus, according to the agency. Two staff members and 14 inmates have died.

Last month, Columbia Legal Services sued DOC over a lack of access to COVID-19 vaccines for inmates. The agency’s most recent COVID-19 bulletin says 5,407 — or about a third — of inmates have received at least one dose of the vaccine.

In March, the agency was the subject of a scathing ombuds report on inmates who died of cancer after their diagnosis or treatment was delayed.

In a formal response to that report, DOC said it has taken a number of steps in recent months to avoid delays in getting inmates seen by outside cancer specialists. The agency also said that one of its biggest, ongoing challenges is that it lacks electronic medical records for its inmate population.

At DSHS, Chief of Staff Don Clintsman will take over as interim secretary while a national search for Strange’s replacement is conducted.