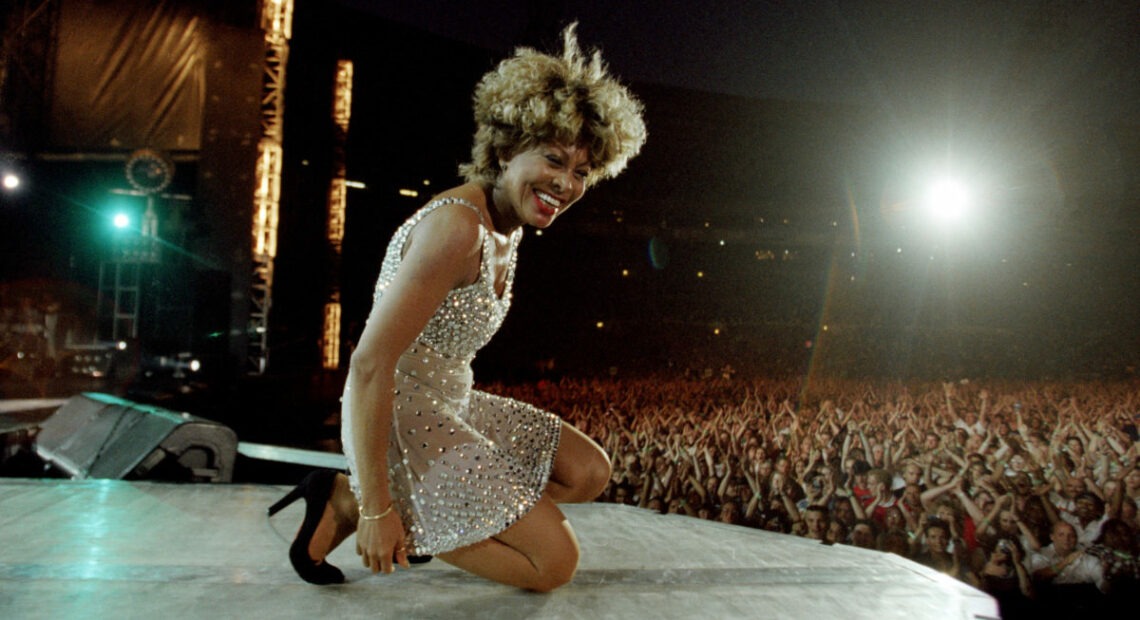 When Tina Turner, years before she became rock ‘n’ roll royalty, lent her iconic voice to Phil Spector’s “River Deep, Mountain High” in 1966, the single ranked at No. 3 on the UK charts. But, on U.S. Billboard charts that same year, it didn’t get higher than 88.

In the recent HBO documentary “Tina,” an archival clip of Ike Turner, who shares a credit for the song, explained that the song didn’t hold up in America because, during that time, “Black artists had to go Top 10 on the R&B charts before the top radio stations would touch it.” In the film, Ike added that the adventurous song, with its complex orchestration and lush, pop sound, was “too white for Black jockeys and too Black for white jockeys” in the U.S.

Dan Lindsay, one of the co-directors of the documentary, told the PBS NewsHour that Tina is a “massive, iconic performer — and even in America — but outside of America, Tina Turner is a megastar.”

That difference of adoration that Tina felt throughout her career, between U.S. and European audiences, reflected the “vestiges of Jim Crow” that were “still very much alive in the music industry,” said Tanisha Ford, a history professor at CUNY’s Graduate Center.

“While rock and roll is rooted in the Black experience and the Black musical tradition, the mainstream industry has racialized it as ‘white’ music,” Ford said. “So Tina Turner had much resistance when she wanted to position herself as a rock ‘n’ roll artist.”

When Turner parted ways with Ike Turner in all respects — marriage and musical collaboration — and sought to make it as a solo artist in the 1970s, she faced resistance from the music industry and mainstream white American audiences.

Her 1984 album “Private Dancer” successfully launched Turner’s solo career, but that album had to be made in England.

Katori Hall, who was one of the authors of the book for “Tina: The Tina Turner Musical,” recalled a story about Turner’s relationship with Capitol Records, the performer’s record company in the states.

“A Capitol executive there called her an N-word douchebag and did not want to put her work out, this phenomenal voice that is a voice of a generation,” she said. “Even from [Tina’s] earlier years, Europe — in regards to touring, in regards to finding places to do her studio work — welcomed her with open arms and in ways that America did not.”

“There’s so many Black artists who go through that,” she added.

Hall is one of them. She tried to get her first play “The Mountaintop” produced in America “only found success when it was done in London,” Hall said. The play won best new play at the 2010 Laurence Olivier awards in London before it had a chance to be staged in the U.S.

Josephine Baker, who historians have called the world’s first Black superstar, was another American artist who found greater success and opportunities in Europe. Baker was a singer, actor and dancer who shocked the world during her time, famously dancing in her trademark banana skirt.

“Baker was a performer who, like many other Black women performers in the United States, found that the world of stage was highly segregated and that the color line was real and that bore itself out in terms of where she could find work as a stage performer,” Ford said.

Ford added that when Baker traveled to Paris to become the star that she is remembered as today, “she found a much different idea of freedom” and “her voice became a standout for African American audiences who could see the possibilities of a life overseas in ways that they could not quite imagine in Jim Crow-era America.”

When Baker returned to America to tour during the 1930s, bringing with her the wild success she had attained overseas, she was turned away from more than 30 hotels that refused to serve her. The racism she faced in the U.S. caused her to not return to the country until the 1950s to support the civil rights movement. Baker became a prominent leader in the movement, spending many years as an activist fighting for equal rights of Black Americans. In a 1952 speech she delivered in her hometown of St. Louis, Missouri, she told the crowd why she had to leave America. 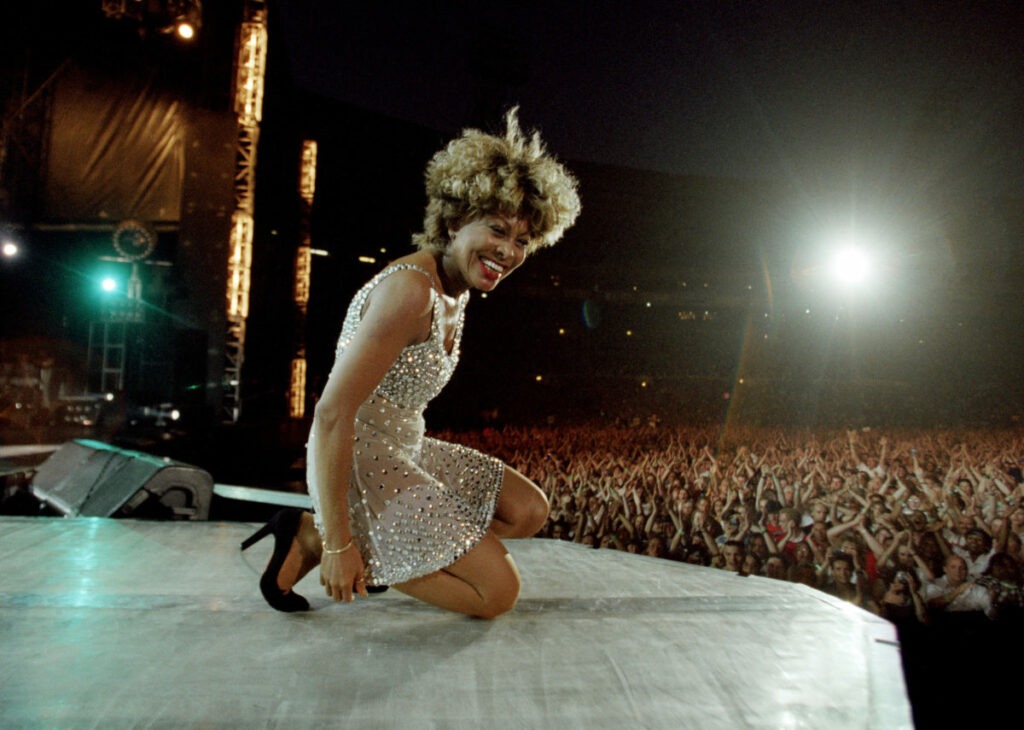 Tina Turner on stage during her concert at Wembley Stadium in London, England, as part of her Wildest Dreams World Tour, 20th July 1996. Commencing in the spring of 1996 The Wildest Dreams Tour would last for 16 months, and included more than 250 concert dates in Europe, North America and Australasia. (Photo by Duncan Raban/Popperfoto via Getty Images)

Ford described the similarities between Baker and Turner’s experiences. “Tina Turner is someone who, like Josephine Baker, is very intimately attuned to racism in the United States,” she said.

Hall described Turner’s upbringing as humble, explaining how she grew up in intense poverty and had to work in the fields picking cotton. Though she’s not remembered as outspoken on civil rights issues, “she is a Black woman, and in every lived experience that she has is based on her experience as a Black woman,” Hall said.

“Ike and Tina spoke to a certain kind of frustration, but also the possibilities of Black freedom. Like what could that sound like? What could it look like movement-wise? I think that their music is definitely music of resistance,” Ford said.

When the time came for Tina Turner to be a solo artist, Ford said America still challenged the definition of what a Black woman was.

“By the time we get to the 1970s, there are these ideas that Black families are dysfunctional, that Black women are welfare queens who are trying to benefit from the system,” Ford said.

“Disparities in housing, health care, education, and so forth, even as Black children are being bussed out into the suburbs for supposedly better education,” Ford said. This is the backdrop that Tina Turner is confronting as she starts to relaunch her career, she added, “even though it seems on the surface that so much has changed, not much has changed, especially if you are an African American woman in this country.”

Ford said that, on the flip side, some people saw the 1970s as a time of progress. “We’re on the other side of the civil rights movement, and we’re seeing some social gains.”

Black women artists like Josephine Baker, Nina Simone and Eartha Kitt contributed to those social gains. Their suffering came not only from their personal battles against day-to-day racism in America, but also having their careers struggle when they spoke out against it. Europe eventually became home to them as well.

Nina Simone used her music to protest racism in America with her civil rights anthems “Young, Gifted and Black,” “Mississippi Goddamn,” among others. Simone left America in 1972 after growing frustrated with the effort for progress for Black equality. For years, she lived in places like Barbados, Liberia and France instead.

When Simone returned to America in 1980, she told the Washington Post, “This ain’t my country. I claim Africa. I’m not going to stay here and be an Aunt Jemima.” In that same interview, she added, “When I stayed away from the country I became more attractive. Ain’t no Black woman ever was anything in this country.”

Eartha Kitt, an activist, singer and actor, was left with no choice but to leave America after an incident at a 1968 White House luncheon. Invited by first lady Lady Bird Johnson to discuss “juvenile delinquency in the streets of America,” Kitt instead spoke on the behalf of young Black men who were being killed in the Vietnam War. Kitt’s remarks stunned the Johnsons. 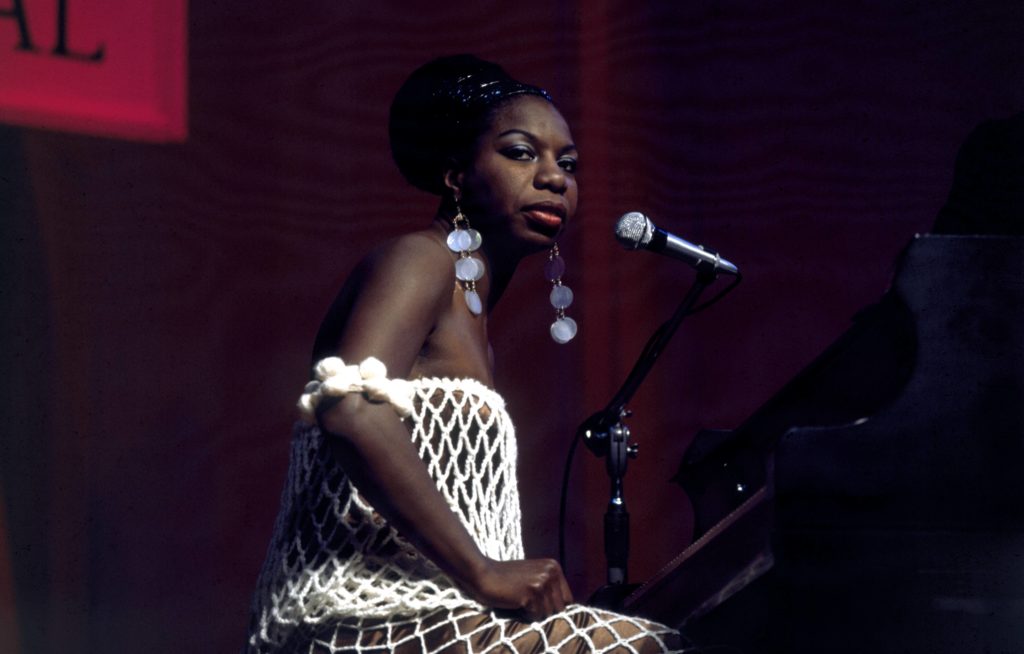 In a 1978 interview with the Post, she described how she was blacklisted after the confrontation at the White House, saying the government “just pulled the gate on me,” which affected her ability to get work in the U.S.

Years later, the New York Times reported that Kitt was the subject of a CIA report that was issued a week after the luncheon. Kitt sought refuge in Europe for nearly a decade.

Today, as a Black artist in the entertainment industry, Hall said she believes that she is witnessing a Black renaissance taking place.

“In America, there’s always this fear of unpacking race, unpacking sexism, unpacking classism,” Hall said, adding that more people are being forced to face those conversations in recent years. “But it’s very unfortunate that even 10 years ago, I had the same struggle where I could not get my work done in America, and I had to go to the UK to get it done.”

“It has to because it just feels like we’re always the barometer when it comes to freedom,” she said about Black people. “We are the measure. We are the ruler. So it’s been very exciting to see how people have been able to stay where they were born in order to be successful.”

Later this year, Tina will be inducted to the Rock & Roll Hall of Fame for the second time. In 1991, she was inducted with Ike. This time, she’ll be recognized for her solo work.

In an interview last year, Tina reflected on her decades-long career, saying there were several difficult experiences that “could have shattered me, but instead became fuel for my journey, propelling me upward.”