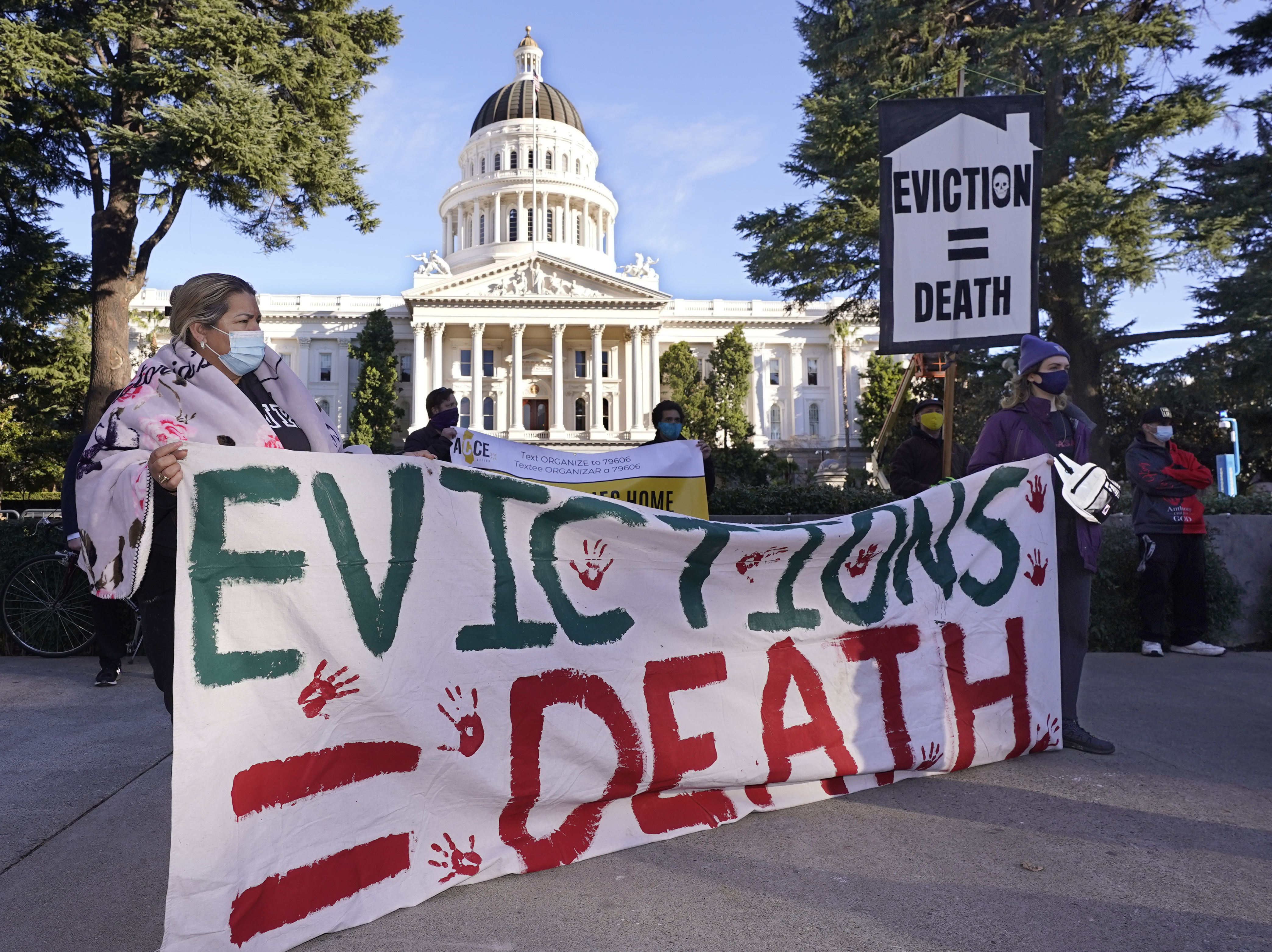 A federal judge has issued a sweeping ruling that would revoke a pandemic eviction moratorium put in place by the Centers for Disease Control and Prevention.

But the Justice Department is appealing on behalf of the CDC.

The case was brought by the Alabama Association of Realtors, which argued that the CDC doesn’t have the power to tell landlords they can’t evict people during a pandemic. The judge agreed.

“It is the role of the political branches, and not the courts, to assess the merits of policy measures designed to combat the spread of disease, even during a global pandemic,” Judge Dabney Friedrich of the U.S. District Court for the District of Columbia wrote in her ruling.

“The question for the Court is a narrow one: Does the Public Health Service Act grant the CDC the legal authority to impose a nationwide eviction moratorium? It does not.” 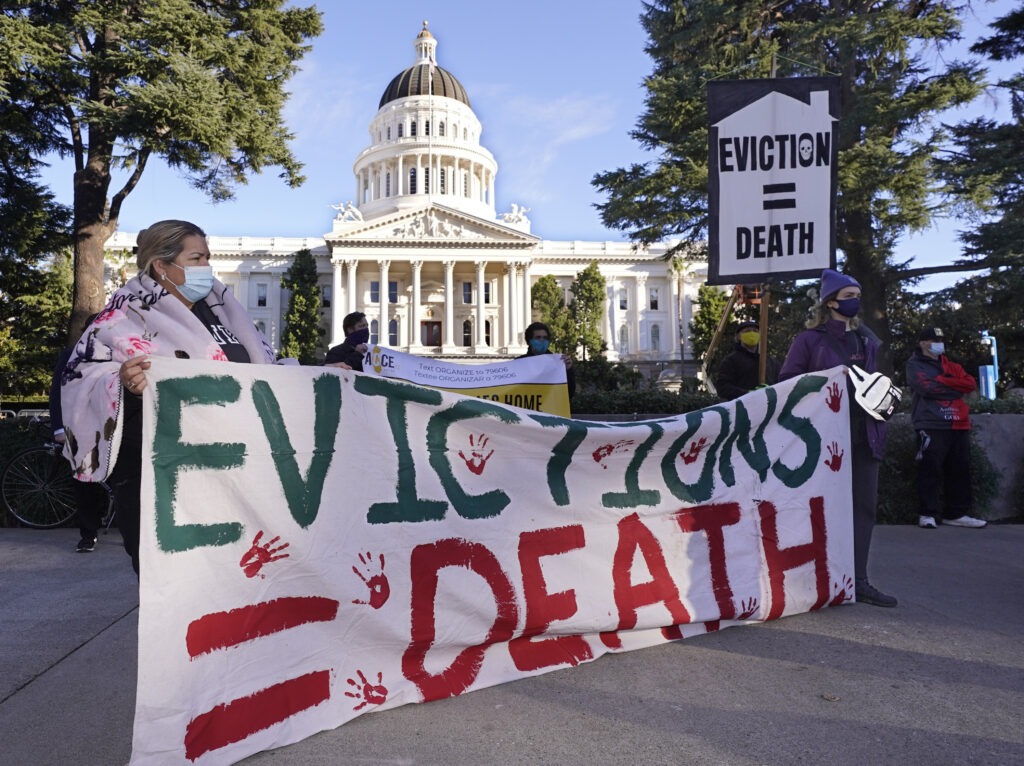 Protesters call for stronger eviction protections in January in Sacramento, Calif. A federal appeals court will now decide whether to scrap a federal eviction moratorium from the CDC. Housing groups say renters need more time to qualify for and get rental assistance money.
CREDIT: Rich Pedroncelli/AP

That act empowers the CDC to make and enforce regulations that it judges are necessary to prevent “the introduction, transmission, or spread of communicable diseases.” But the judge said in this case the CDC overreached.

There have been several rulings on the matter with conflicting decisions. This latest one goes further than any of them by moving to strike down the eviction moratorium nationwide.

But the U.S. Court of Appeals for the District of Columbia Circuit could now issue a stay, which would keep the CDC’s eviction protections in place, for now.

“My hope is that the D.C. Circuit Court will quickly issue a stay, and this ruling will not have effect,” said Shamus Roller, executive director of the National Housing Law Project.

“The underlying ruling in this case is pretty weak, in my opinion,” Roller said. “Congress in December extended the CDC order. So clearly Congress thinks that the CDC has this authority.”

But Roller said it’s unclear whether the appeals court will issue a stay and which way the appellate decision may go. He said the Trump administration appointed many conservative federal judges who he suspects could rule against the government exerting this kind of power — telling landlords not to evict tenants during a public health emergency.

“It’ll be a three judge panel that will review this,” Roller says. “It will depend greatly on which three judges get selected.”

Meanwhile, the plaintiff in this latest case, the Alabama Association of Realtors, said it’s pleased by the ruling.

The group’s CEO, Jeremy Walker, said, “The ruling will bring much needed relief to struggling mom-and-pop housing providers across the country.” He said the economy is growing again and getting back on its feet. “Our focus is now on the implementation of emergency rental assistance to support tenants who continue to suffer from the effects of the pandemic as soon as possible.”

The U.S. Census Bureau says nearly 7 million Americans are still behind on rent. And while Congress has authorized about $50 billion in rental assistance money, the vast majority of it hasn’t reached the people who need it yet.

So housing groups say that without the CDC order in place, many families will get evicted who might otherwise have avoided it. They worry these families could wind up homeless, just because they lost work during the worst pandemic in a century.