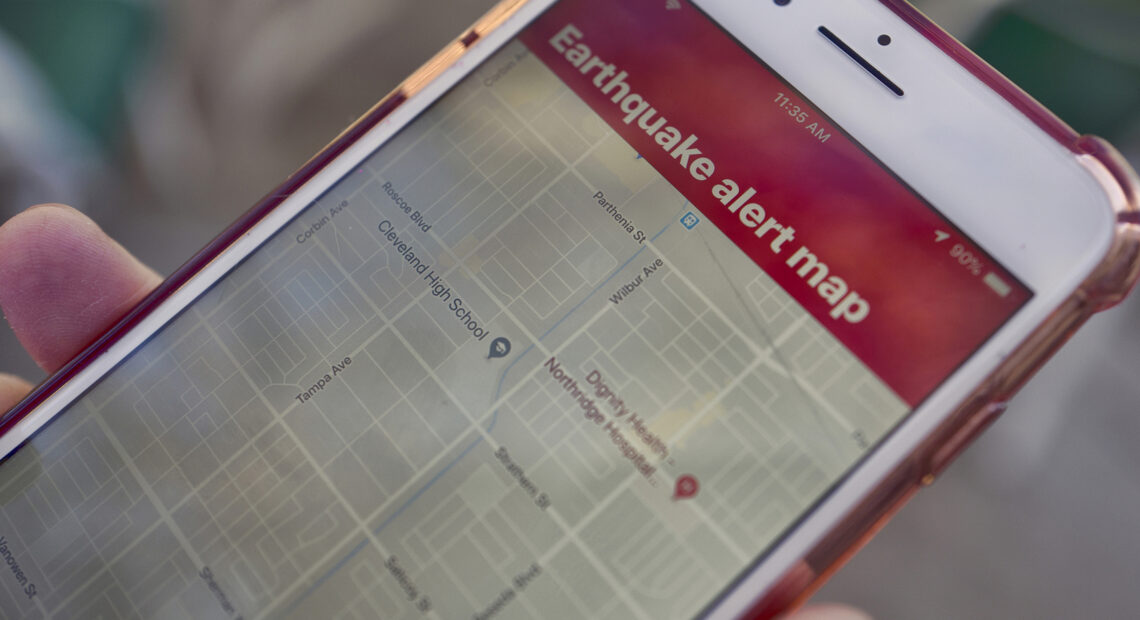 Residents living on the West Coast don’t know when the next earthquake will hit. But a new expansion of the U.S. earthquake early warning system gives 50 million people in California, Oregon — and now Washington — seconds to quickly get to safety whenever the next one hits.

As of 8 a.m. Tuesday, cellphone users in California, Oregon and Washington should receive a mobile alert from the ShakeAlert earthquake early warning system when tremors are detected. Alerts are sent from the Federal Emergency Management Agency’s Wireless Emergency Alert system, third-party phone apps and other technologies.

The West Coast, the most earthquake-prone region in the U.S., is home to major fault lines that put the area at risk of devastating earthquakes.

David Applegate, the acting director of the U.S. Geological Survey, said in a statement that “ShakeAlert can turn mere seconds into opportunities for people to take life-saving protective actions or for applications to trigger automated actions that protect critical infrastructure.” 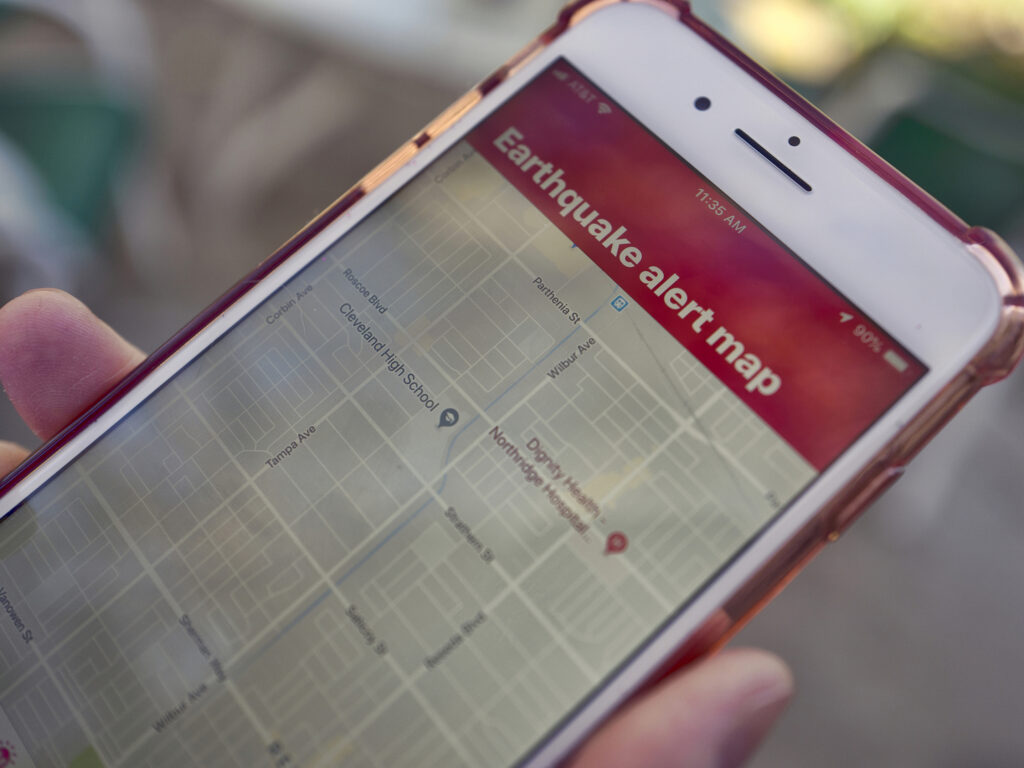 A mobile phone customer in Los Angeles looks at an earthquake warning application on an iPhone. An earthquake early warning system operated by the U.S. Geological Survey has been activated in Oregon, California and now Washington. CREDIT: Richard Vogel/AP

The ShakeAlert system could provide people up to 10 seconds of lead time when an earthquake hits, said Robert de Groot with the USGS. De Groot is an earthquake scientist and communications coordinator for the ShakeAlert early warning system.

The Cascadia Subduction Zone, a fault zone hundreds of miles offshore that stretches from west of California’s Cape Mendocino to west of Vancouver Island, produces some of the largest earthquakes in the world, according to Washington’s Department of National Resources. It last ruptured in January 1700, causing tsunamis that reached thousands of miles away in Japan.

The ShakeAlert system relies on sensor data from the USGS Advanced National Seismic System — a collection of regional earthquake monitoring networks throughout the country.

Alerts can come through the Wireless Emergency Alert system, which sends text-message alerts similar to Amber Alerts sent to cellphone users when a child is kidnapped.

The Wireless Emergency Alerts are designed for imminent danger, de Groot said. Cellphone users will get an alert only when an earthquake is magnitude 5 or higher.

In 2019, shortly after California tested the first statewide quake warning system, a magnitude 4.5 quake and a 4.7 quake hit the San Francisco Bay Area and central California. Alerts hit phones within an average of 2.1 seconds.