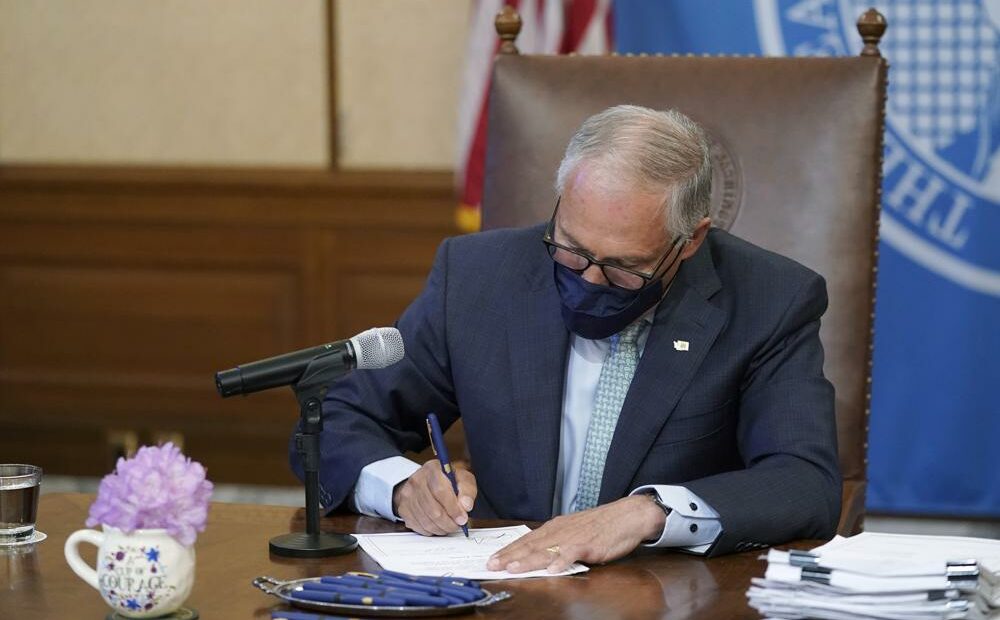 Openly carrying guns and other weapons are now prohibited at the Washington state Capitol and public protests statewide, under a measure signed into law Wednesday by Gov. Jay Inslee.

The bill adds permitted demonstrations, the Capitol and the western part of the Capitol campus surrounding the legislative building to the list of designated places where firearms are already prohibited statewide, including restricted areas of jails, courtrooms, taverns and commercial airports. 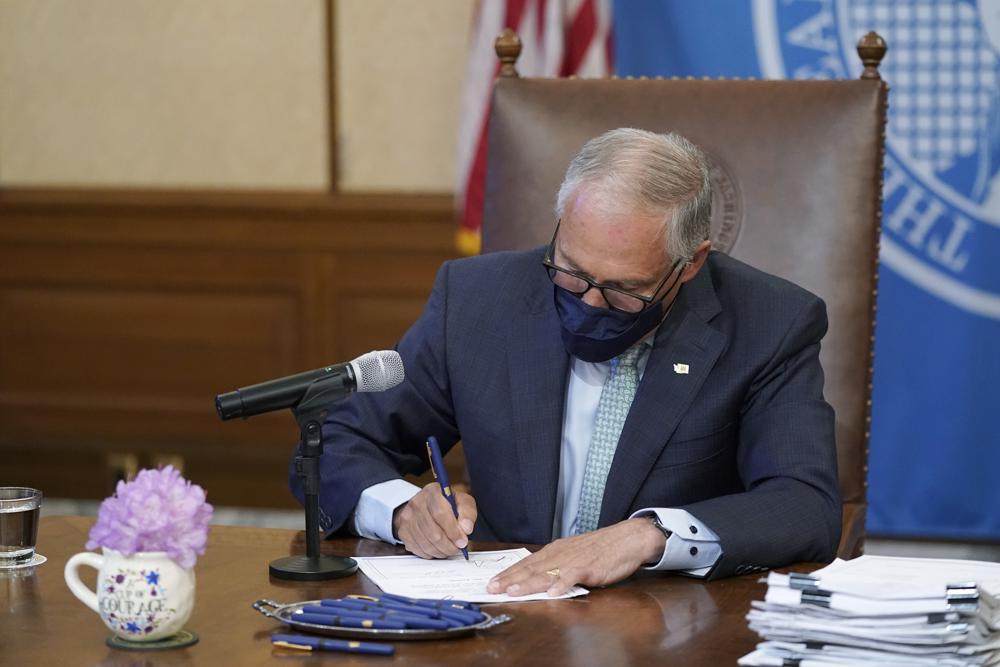 Washington Gov. Jay Inslee signs a bill into law on May 12, 2021, at the Capitol in Olympia, Wash., that prohibits openly carrying guns and other weapons at the state Capitol and protests statewide. CREDIT: Ted S. Warren/AP

“This is a common-sense approach that extends our existing prohibition to open-carry firearms in limited situations to ensure an individual can’t use a weapon to intimidate other citizens,” Inslee said before signing the bill.

Aoibheann Cline, the state director for the National Rifle Association, said that the NRA “will continue fighting this injustice on all available fronts.”

“The right of self-protection should never be denied whether at home, on the road, or in the public square,” Cline said in a written statement.

Permitted concealed weapons have been banned from the Senate public gallery since 2018, but they are allowed in the House public gallery. The Capitol building has been closed to the public since last March because of the coronavirus pandemic. But the Capitol campus grounds are open and have drawn protests, including people carrying weapons to oppose coronavirus restrictions, and then, after the election, the outcome.

Under the measure, a person must knowingly be in violation of the law in order for the criminal penalty to apply, and the prohibition does not apply to concealed carry of a firearm by someone with a valid concealed pistol license.

Violation of the law will be a gross misdemeanor, punishable by up to one year in jail and a fine of up to $5,000, or both.

Guns are allowed in statehouses in some form in 21 states, according to a February review by The Associated Press.

Last week the Oregon Legislature passed a measure that bans guns from the state Capitol.