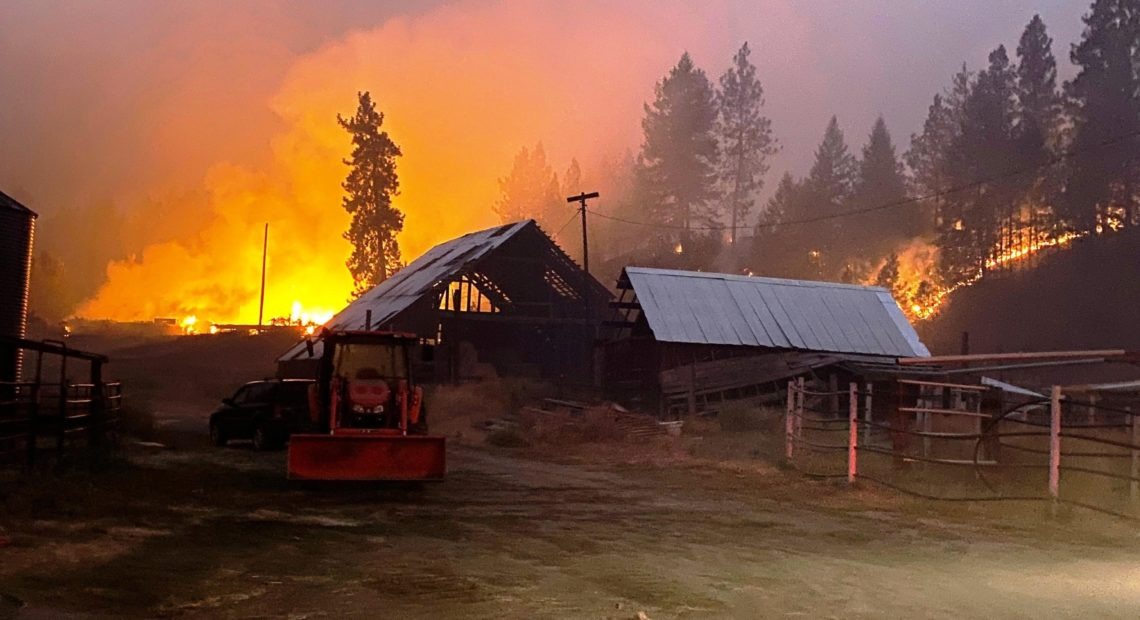 U.S. officials said Thursday they will try to stamp out wildfires as quickly as possible this year as severe drought tightens its grip across the West and sets the stage for another destructive summer of blazes.

By aggressively responding to smaller fires, officials said they hope to minimize the number of so-called megafires that have become more common as climate change makes the landscape warmer and dryer.

A similar approach was taken last year, driven by the pandemic and a desire to avoid the large congregations of personnel needed to fight major fires. Nevertheless, 2020 became one of worst fire years on record with more than 10 million acres  of land scorched and almost 18,000 houses and other structures destroyed, according to federal data and the research group Headwaters Economics.

California and the Pacific Northwest were especially hard-hit, including an unprecedented million-acre fire in northern California. Wind-driven conflagrations in Oregon and Washington state burned into urban areas and triggered massive evacuations. 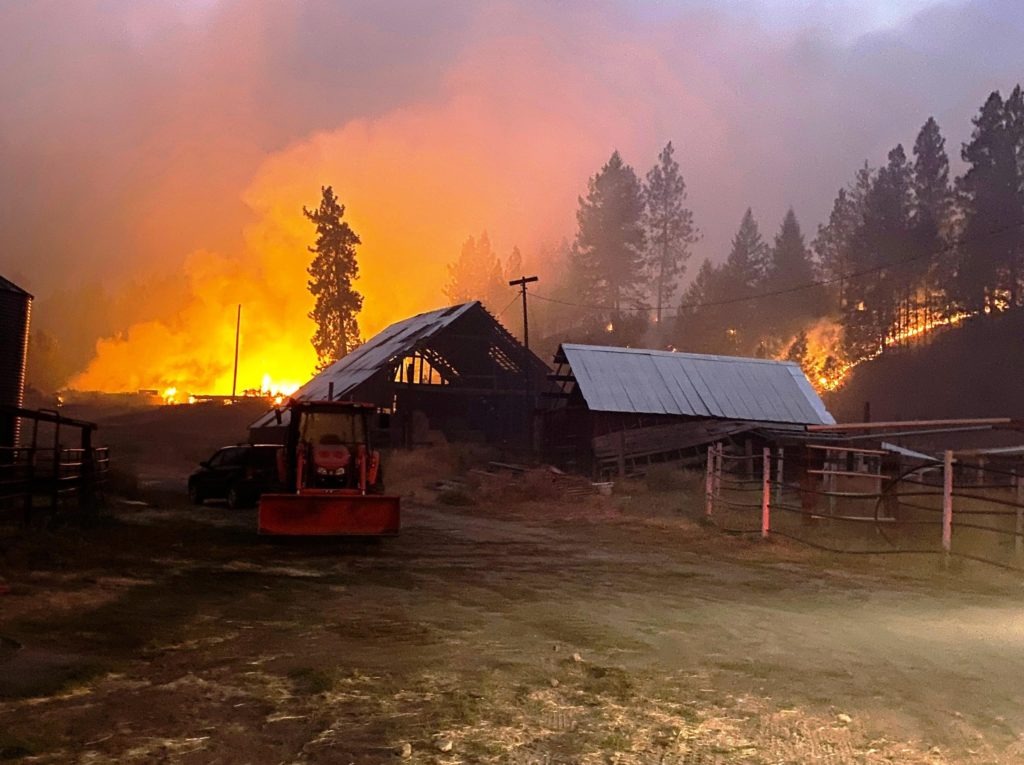 The Inchelium Complex, comprised of three smaller fires, burned in timber and grasslands on the eastern side of the reservation of the Colville Confederated Tribes, shown here on Sept. 12, 2020. CREDIT: InciWeb

Interior Secretary Deb Haaland and Agriculture Secretary Tom Vilsack told firefighting personnel Thursday to brace themselves for another challenging year amid what scientists describe as one of the West’s deepest droughts in more than 1,200 years.

Haaland and Vilsack wrote in a memo to fire leaders that 90% of the West is in drought.

“These conditions have not only increased the likelihood of wildfires but they have also strained water supplies and increased tensions in communities,” they wrote.

Officials also offered details on the Biden administration’s plan to “change the trajectory” of increasingly dangerous wildfires in the West, by vastly expanding the amount of land where tree thinning, controlled burns and other measures are used to reduce flammable material.

Large fires were active Thursday in Arizona, California and New Mexico. More than a half-million acres already have burned this year nationwide. The year-to-date figure is well below the 10-year average. But the worsening drought is expected to bring increased fire danger that will spread from the Southwest into California, Nevada, the Pacific Northwest and northern Rocky Mountains by summer, officials said.

“Our focus is on smart firefighting, aggressive firefighting, catching these fires when they are small,” said Patty Grantham, acting director of fire and aviation at the U.S. Forest Service.

Firefighters are able to put out about 98% of fires before they get out of control, according to federal officials. It’s the remaining 2% that cause most damage in terms of homes destroyed, said Kimiko Barrett, a wildfire researcher at Bozeman, Montana-based Headwaters Economics.

Yet more homes continuously are being built in fire-prone areas. Throw in climate change, and it’s a recipe for destruction. Of the more than 89,000 homes and structures that have burned in wildfires since 2005, almost two-thirds were destroyed in the past four years, according to data compiled by Barrett.

“As wildfires gain in intensity and speed — what is referenced as extreme wildfire behavior — they are becoming much more difficult for firefighters to suppress,” she said.

Barrett said now is the time of year for homeowners to take basic steps that improve their property’s chances of surviving fire, such as getting woody debris off the roof and away from the house, and trimming back trees. Also keep a bag packed and evacuation route lined up if a quick escape is needed, she said.

“We need to do a better job treating our forests, reducing hazardous fuels buildup that’s occurred over decades,” he said.

But fire ecologist and environmental advocate Tim Ingalsbee said the government still is sinking too much money into putting out fires by attacking them directly. More wildfires should be allowed, especially in low-risk areas and in wetter months, to burn off underbrush and other fuels before they become so dense that stopping a fire becomes impossible, he said.

“They may stomp on a fire and put it out quick, and then next time when that area burns it burns even more severely, because climate change keeps ratcheting it up,” Ingalsbee said.