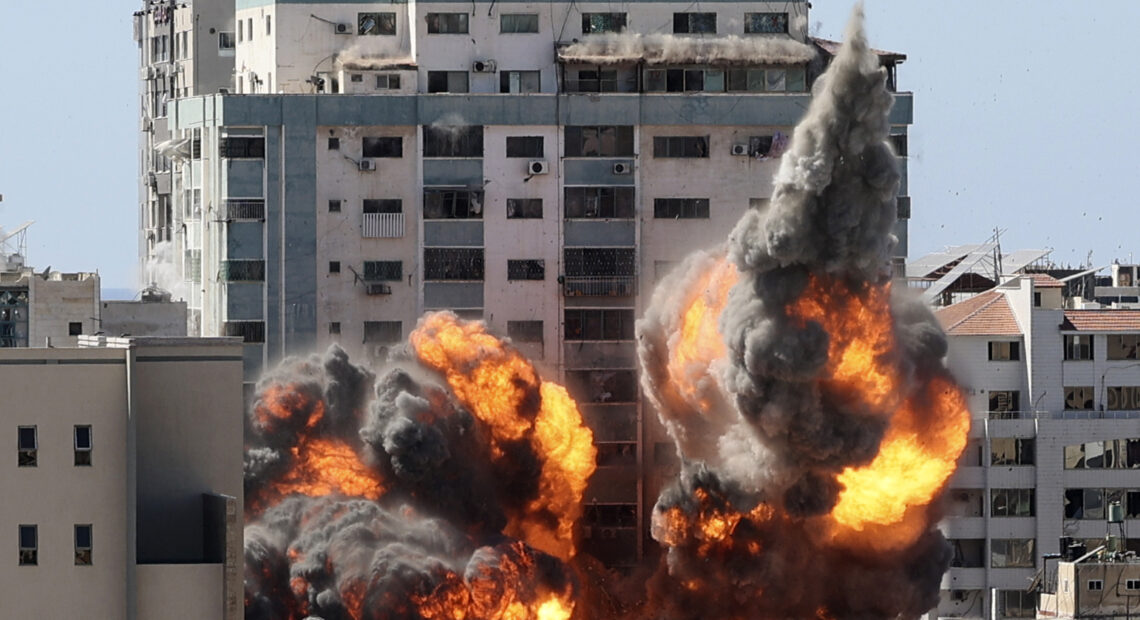 In the latest in a series of attacks, an Israeli airstrike Saturday leveled a high-rise building after the military ordered occupants to evacuate. Inside were the offices of several media outlets — including The Associated Press and Al-Jazeera— and residential apartments.

An AP statement said all employees and freelancers safely evacuated the building. AP President and CEO Gary Pruitt said the company is looking to the Israeli government for answers.

“We are shocked and horrified that the Israeli military would target and destroy the building housing AP’s bureau and other news organizations in Gaza,” he said. “They have long known the location of our bureau and knew journalists were there.

“We narrowly avoided a terrible loss of life. A dozen AP journalists and freelancers were inside the building and thankfully we were able to evacuate them in time.” 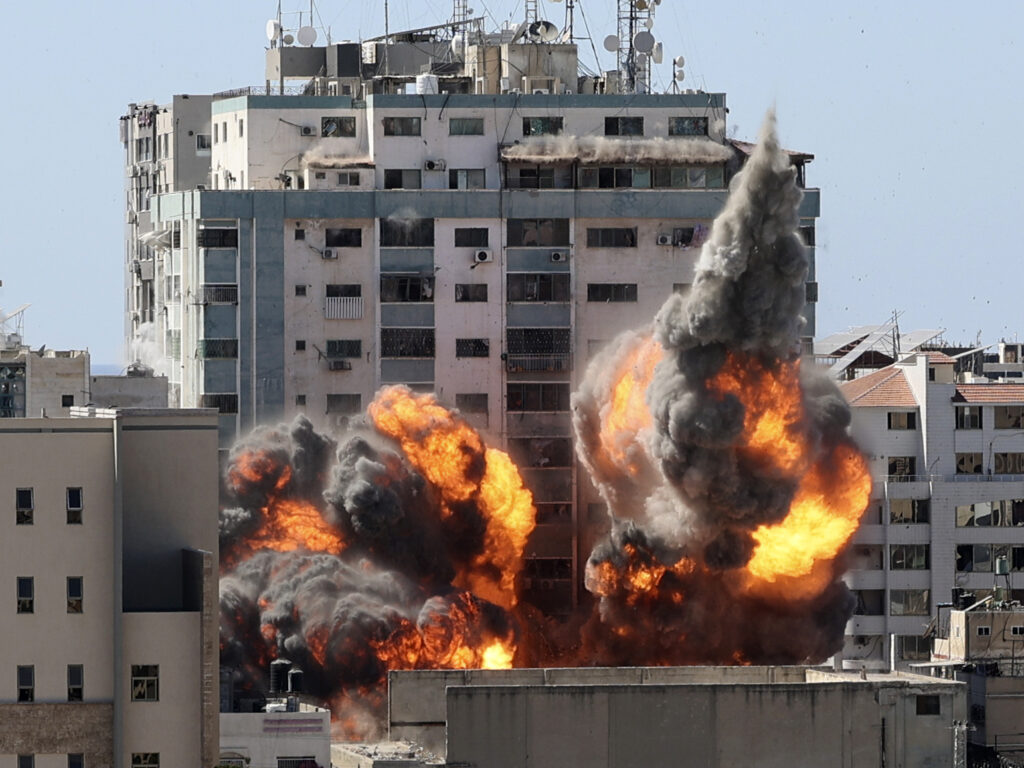 A ball of fire erupts from a building housing various international media, including The Associated Press, after an Israeli airstrike on Saturday in Gaza City. AP staffers and other tenants safely evacuated the building after the Israeli military telephoned a warning that the strike was imminent.
CREDIT: Mahmud Hams/AP

Following the attack, the Israel Defense Forces released a statement saying the building was attacked because it was used by Hamas intelligence offices. IDF provided advanced warning to the building’s civilian occupants before fighter jets attacked, providing “sufficient time” to evacuate, it said.

President Biden announced later Saturday that he had spoken with Israeli Prime Minister Benjamin Netanyahu. Biden “reaffirmed his strong support for Israel’s right to defend itself against rocket attacks from Hamas and other terrorist groups in Gaza. He condemned these indiscriminate attacks against towns and cities across Israel,” the White House statement said.

The statement stopped short of condemning Israeli airstrikes but said Biden “raised concerns about the safety and security of journalists and reinforced the need to ensure their protection.”

Hamas, which controls the Gaza Strip, is regarded as a terrorist organization by the U.S. and many Western countries. The U.S. has no formal diplomatic relations with Hamas.

The strike came only hours after another air assault killed at least 10 Palestinians, mostly children, in a densely populated refugee camp. The attack on the camp was the deadliest offensive in the recent conflict between Israeli and Arab forces, AP reported.

The most recent escalation of conflict began a week ago, with combat and rioting erupting throughout Israel. Israeli forces shot and killed 11 people Friday during Palestinian protests in the West Bank.

Protests against Israel’s use of force have erupted around the globe. Al-Jazeera reported demonstrators have taken to the streets in Australia, France, Morocco, Pakistan, Spain, the United States and the United Kingdom.