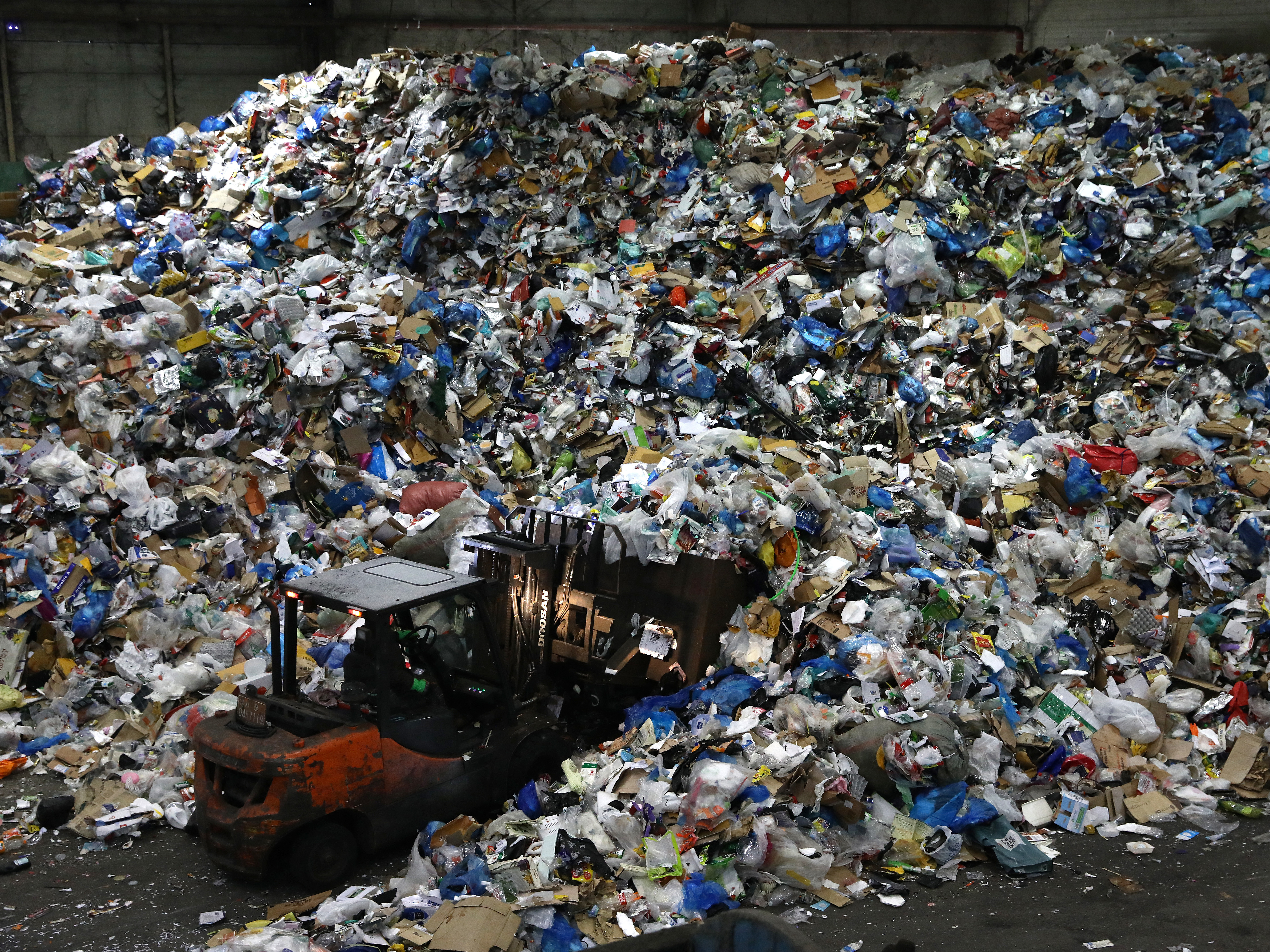 Half Of The World’s Single-Use Plastic Waste Is From Just 20 Companies, Says A Study

In 2019, more than 130 million metric tons of single-use plastics were thrown away, with most of that waste burned, buried in a landfill or dumped directly into the ocean or onto land. Now, a new report finds that just 20 companies account for more than half of all single-use plastic waste generated worldwide.

The report, published Tuesday by Australia’s Minderoo Foundation, offers one of the fullest accountings, to date, of the companies behind the production of single-use plastics that researchers believe could account for as much as 10% of global greenhouse emissions by 2050.

The study identifies 20 companies as the source of 55% of the world’s single-use plastic waste, while the top 100 companies account for more than 90%.

A worker operates a forklift to move household waste at a facility that stores recyclable materials in Seoul, South Korea. In 2019, more than 130 million metric tons of single-use plastics were thrown away, according to a new report. CREDIT: Chung Sung-Jun/Getty Images

Single-use plastics are meant to be thrown out immediately after use, such as bags, drinking straws, bottles and packaging. Nearly all the single-use plastic manufactured by these companies — 98% according to the report — is made from ” ‘virgin’ (fossil-fuel-based) feedstocks” rather than recycled materials.

At the top of what the foundation calls its “Plastic Waste Makers Index” is the energy giant Exxon Mobil, followed by the Dow Chemical Co. and China’s Sinopec. The report found that Exxon Mobil was responsible for 5.9 million metric tons of such waste in 2019, while Dow and Sinopec contributed 5.6 million and 5.3 million, respectively. Taken together, the three companies account for 16% of all waste from single-use plastics such as bottles, bags and food packaging, according to the report.

In a statement, Exxon Mobil said it “shares society’s concern about plastic waste.” The company said it is “taking action to address plastic waste” but said the problem requires collective action from “industry, governments, nongovernmental organizations and consumers” alike.

“The trajectories of the climate crisis and the plastic waste crisis are strikingly similar — and increasingly intertwined,” former Vice President Al Gore said in a statement that accompanied the report.

“Since most plastic is made from oil and gas — especially fracked gas — the production and consumption of plastic are becoming a significant driver of the climate crisis, already producing greenhouse gas emissions on the same scale as a large country and causing the emission of other harmful toxins from plastics facilities into nearby communities — disproportionately harming people of color and those in low-income communities,” he wrote.

The report warned that in the next five years, the global capacity to produce the materials needed for single-use plastics could grow by more than 30%.

“An environmental catastrophe beckons: much of the resulting single-use plastic waste will end up as pollution in developing countries with poor waste management systems,” according to the report.

Solving the issue will require drastic changes from producers, investors and banks, the authors wrote. The report said that producers of polymers — known as the building blocks of plastics — should begin disclosing their single-use plastic waste “footprint,” while banks and investors should move to “phase out entirely” any financing that goes toward the production of single-use plastics.

But confronting the challenge will also require “immense political will,” according to the authors, who noted that roughly 30% of the sector, by value, is state-owned.