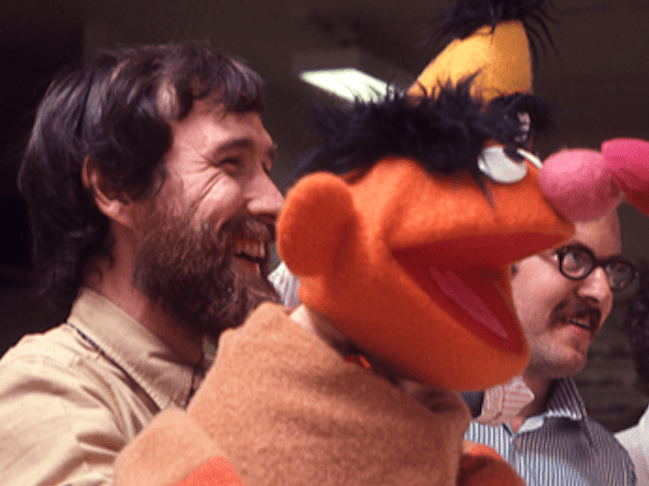 The Story Of ‘Sesame Street’: From Radical Experiment To Beloved TV Mainstay

For generations, Sesame Street has been a mainstay of American children’s television. But when the show premiered more than 50 years ago on Nov. 10, 1969, it was considered controversial, even radical.

“In 1969, what was on TV for kids was a very dire landscape,” says Marilyn Agrelo, the director of a new documentary called Street Gang: How We Got to Sesame Street.

“Basically, the programming was geared to sell children toys, Tootsie Rolls and breakfast cereals, and there was no thought of educating them in any way,” she says.

Sesame Street debuted on the airwaves in a tumultuous moment in U.S. history, and the bigger forces upending American life played a big part in shaping how and what the show came to be. 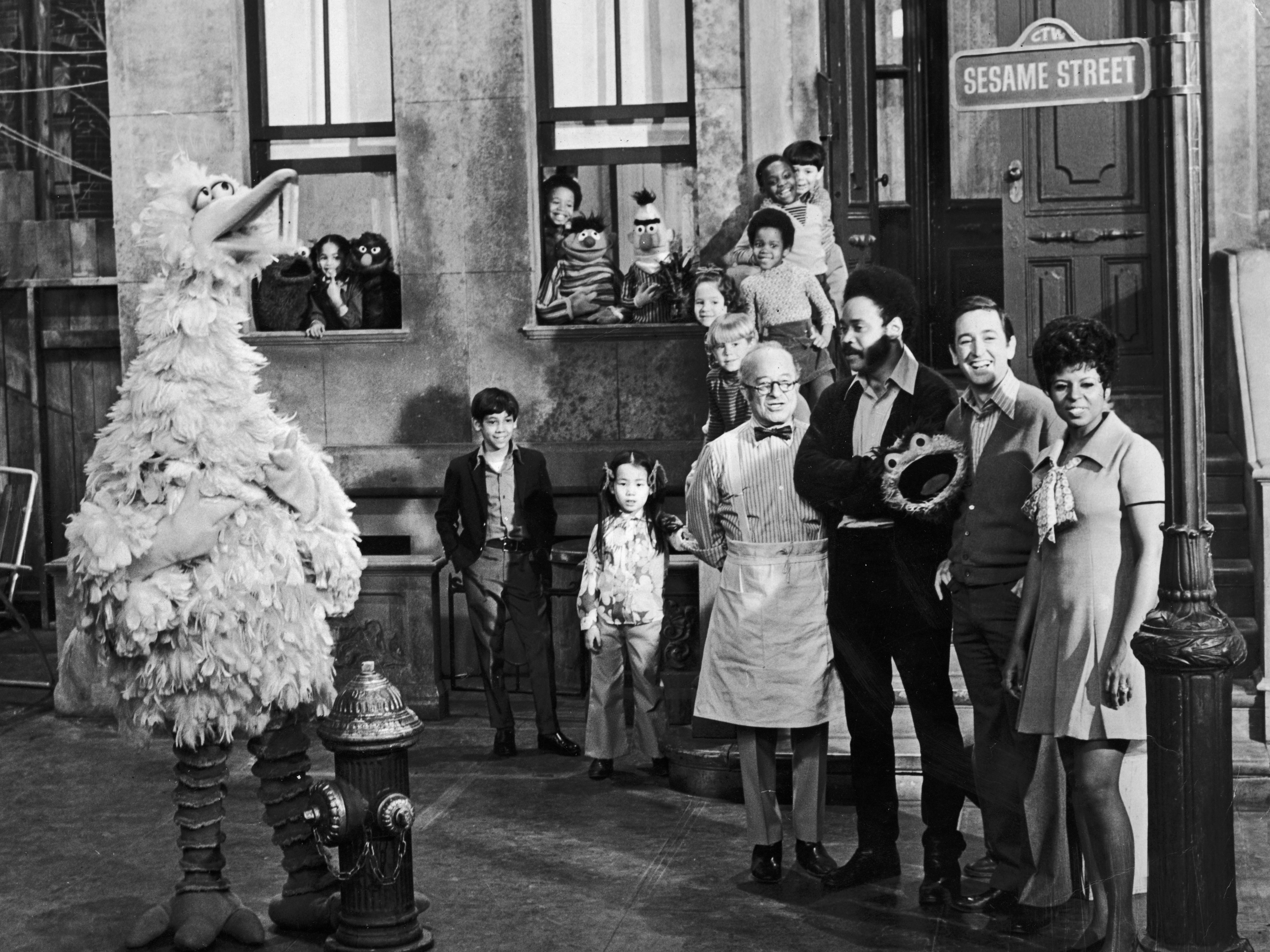 Cast members of the television show, Sesame Street on the set in 1969, the year the show debuted.
CREDIT: Hulton Archive/Getty Images

“The people that started the show were intent on harnessing all of the energy that was around the protests of the Vietnam War, the civil rights movement,” Agrelo says. “They wanted to explain the world to children, but their bigger goal was to reach inner city children of color who were not getting the same educational opportunities as white children in the suburbs were getting.”

Based on the book Street Gang: The Complete History of Sesame Street by Michael Davis, the film weaves archival footage and interviews with the show’s longtime cast and crew. Street Gang follows the show’s creators — Joan Ganz Cooney, Jon Stone and Jim Henson — as they craft a new way to bring educational programming into the homes of kids in all parts of the country.

Agrelo and actor Sonia Manzano, who played Sesame Street resident Maria for 44 years, spoke with NPR’s All Things Considered about why the show was so groundbreaking, why audiences connected with Muppets like Big Bird and Oscar the Grouch and its staying power, five decades on. Listen in the audio player above, and read on for a transcript of the interview. 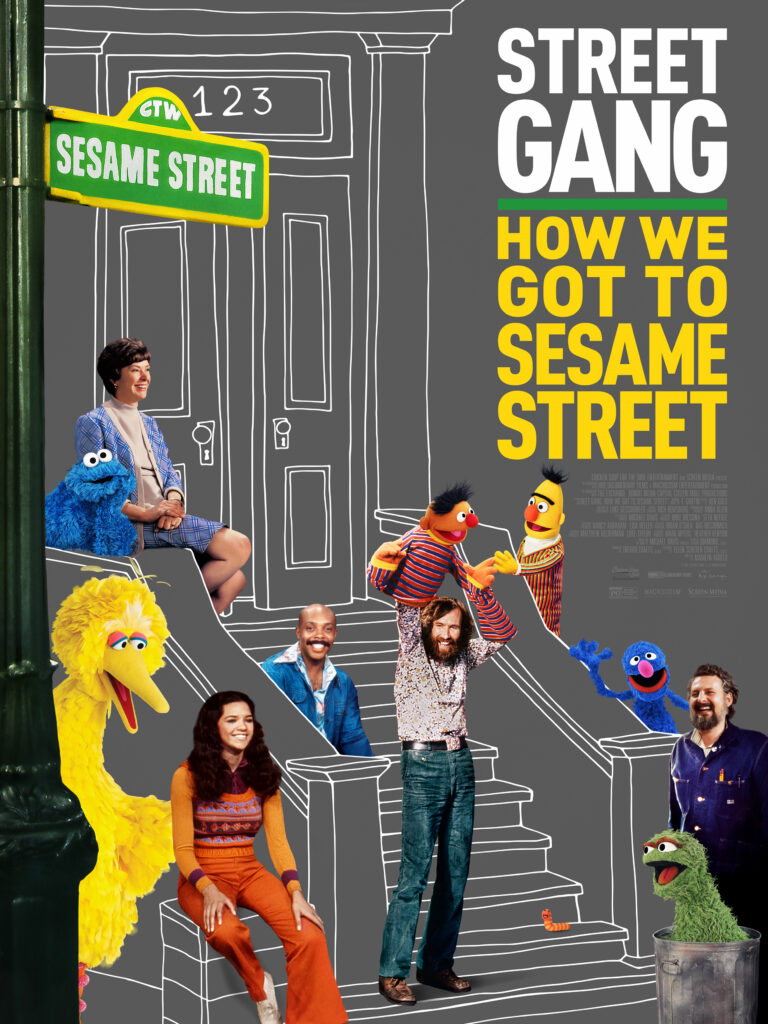 Mary Louise Kelly: Going back and watching the early episodes of the show, it is so striking. The whole idea was: This is going to look like a realistic city street. Oscar the Grouch is going to totally, plausibly live in a trash can because there’s like trash blowing down the street.

Sonia Manzano: I remember being stunned when I saw the show for the first time. I was a college student at Carnegie Mellon University and there was James Earl Jones reciting the alphabet. And then they cut to Susan, the African American actress Loretta Long, on this urban street. And I was stunned because I am a Puerto Rican, from the Bronx, and I was raised in the ’50s, loved television, [but] never saw anybody who looked like me. And I began to feel on some level that I was invisible. I didn’t know what I would contribute to a society that was determined not to see me. So when I saw that show, I was absolutely thrilled.

And how did that inform how you played Maria?

Manzano: I became Maria and never lost sight of myself as a little kid watching television. I watched television to find comfort and order in, what seemed to me, a tumultuous world. So when I became Maria, I never forgot that. And I always assumed that some kid was out there watching me, looking for the same comfort that I looked to find on Leave It to Beaver. Except this is going to be better because I was one of them.

You have this show that set out to intentionally feature a diverse cast of kids and adults. Marilyn, talk about how that went down. There was some pushback.

Marilyn Agrelo: So in 1969, Sesame Street unveils and there is a African American couple who live in the same neighborhood with their white neighbors — yes, with Big Bird and several other Muppets — but it’s a very integrated cast. The first time this [was] ever seen on television in Jackson, Miss., the public television station received a lot of complaints and they stopped airing the show. Miraculously, a commercial station in Jackson said “if the public station won’t air it, then we will.” This is just an example of how groundbreaking this was.

Muppets, the the nonhuman characters on the show, connected so much with people. I know as a kid, I was not remotely aware of a lot of the nobler advancement of social justice and racial equity that you all were grappling with, I just thought, “This is really funny.” The Count and Oscar the Grouch had me rolling on the floor.

Agrelo: There were other shows with puppets on television, but there was something about the writing on Sesame Street. You know, some of those Muppet skits had really sophisticated social satire, and this was all geared to bring the adults in. A perfect example of that is Alistair Cookie, the host of “Monsterpiece Theater.”

Jim Henson, the puppeteer behind Ernie, and Frank Oz, the longtime voice of Bert, on the set of Sesame Street. CREDIT: Robert Fuhring/Courtesy Sesame Workshop

Manzano: Certainly another example of how the show worked on two levels was “It’s Not Easy Being Green,” Kermit the Frog singing that wonderful song with Lena Horne, the great jazz singer-activist. And I walked into the studio that day and I said, “Gee, are they singing about what I think they’re singing about? Are they singing about race?”

Well, to me, they were. And that’s an example where it works on so many levels. If that’s what’s in your head, in your mind, in your experience, you would imbue that piece with that sensibility. And certainly kids did, or they just thought it was about what a drag it was to be a green Muppet. It worked on that level as well.

So a show that started out radical, political: Is it still, do you think? Where have we landed five decades later?

Agrelo: I think Sesame Street is addressing the world as it is in the same way that they did then. I know that they have started writing moments where they’re explaining what a protest is. Certainly every child in America has seen the Black Lives Matter protests in the streets and sort of the upheaval that’s happening in our society again, like it did in 1969. So Sesame Street continues to try to interpret the world with authenticity to really help explain to them what is happening around them.

Street Gang: How We Got To Sesame Street is in theaters and streaming now.