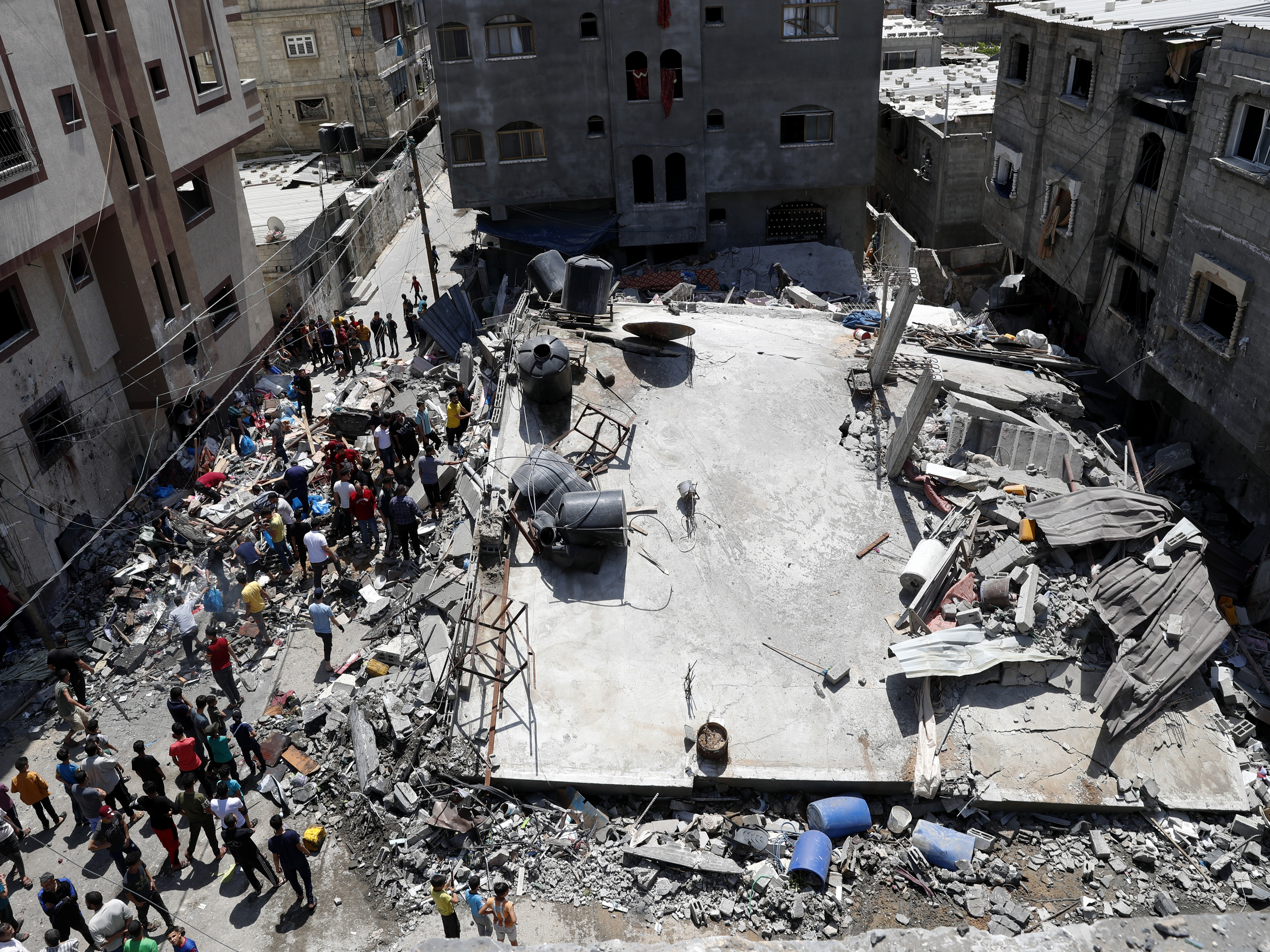 Israeli and Hamas have accepted a cease-fire plan that was to take effect at 2 a.m. local time Friday after 11 days of fighting in Gaza.

The Israeli Cabinet voted to accept an Egyptian initiative for a cease-fire, according to a statement from the Cabinet. A Hamas spokesman said, “The Palestinian resistance will commit itself to this deal as long as the occupation is committed.”

President Biden said his administration held “intense, high-level discussions hour by hour” with the Israelis, the Palestinian Authority, Egypt and others toward the agreement. In remarks at the White House, Biden said he sees a “genuine opportunity” to make progress.

Biden emphasized his continued support for Israel’s right to defend itself and said the U.S. would replenish Israel’s missile defense system.

Israeli Defense Minister Benny Gantz said in a statement Thursday that he had spoken with Defense Secretary Lloyd Austin and thanked him for U.S. “support for Israel’s actions to protects its civilians and expressed his hope that the ceasefire will be honored.”

Fighting has not yet ceased. After Israel’s cease-fire announcement, air raid sirens went off in southern Israel warning of rocket fire, and Israeli strikes were heard in Gaza City.

The damage was vast in Gaza, where authorities say Israeli airstrikes and artillery have killed at least 230 people, including at least 60 children. Gaza’s water and electric grids were damaged, and tens of thousands were displaced from their homes.

Israel says militants fired some 4,000 rockets into the country, killing 12 people, including two children, and sending people repeatedly into shelters.

The conflict was the fourth major outbreak of this kind of fighting – rockets and airstrikes — between Hamas and Israel since Hamas took over the Gaza Strip about 15 years ago.

On Wednesday, Biden increased pressure on Netanyahu to move toward a cease-fire. “The President conveyed to the Prime Minister that he expected a significant de-escalation today on the path to a ceasefire,” the White House said Wednesday.

International officials and aid organizations have expressed alarm at the scale of the destruction and loss of life in Gaza, where about 2 million people live. Gazans are unable to flee Israeli airstrikes amid an Israeli blockade, and Egypt keeps its border with Gaza almost entirely closed.

“If there is a hell on earth, it is the lives of children in Gaza,” U.N. Secretary-General António Guterres  said before the cease-fire announcement. “The fighting must stop immediately.”

In the south of Israel near Gaza, where rocket alarms have gone off daily for more than a week and thousands of Israelis have evacuated, those who remain expressed support for the ongoing campaign Thursday, even as most anticipated an imminent cease-fire. Israel said its airstrikes were working to degrade the capabilities of militant organizations.

“Even though we’re not people who are warmongers, we are definitely in favor of the ongoing campaign,” said Eyal Hajbi, a security official for the regional council that governs the rural communities east of the Gaza Strip, whose council leader had recently met with Netanyahu to urge him to continue the bombardment.

“What has been going on in the last 20 years, and especially in the last decade, is something which we cannot tolerate anymore,” Hajbi said.

NPR correspondent Daniel Estrin contributed to this report from Jerusalem.