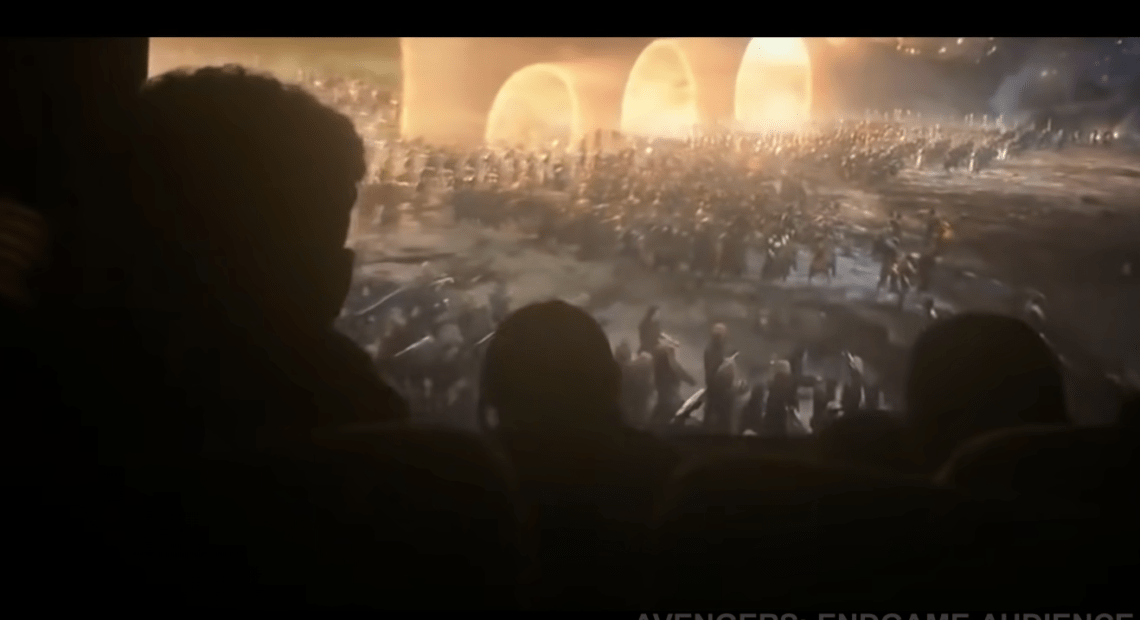 ‘Nobody Does A Comeback Like The Movies’: Beating Drums For The Blockbuster’s Return

With just two weeks to go before A Quiet Place Part II makes your local multiplex a less quiet place, Hollywood has started the back-to-cinemas drumroll.

“There’s nothing like that moment when the lights go down,” growls Vin Diesel, channeling his inner Richard Attenborough in a trailer for F9, the latest Fast & Furious installment. “The projector ignites, and we believe.”

As he says this, a jeep explodes in flames, somersaulting over his car, and the implication is inescapable — you pretty much have to see this on the biggest possible screen.

“Nobody does a comeback like the movies,” Diesel continues. And he should know. This online appeal arrived just hours before the Oscars telecast, as Universal was preparing to release all eight of the previous F&F films in theaters, one per week to build excitement for F9‘s opening at the end of June. 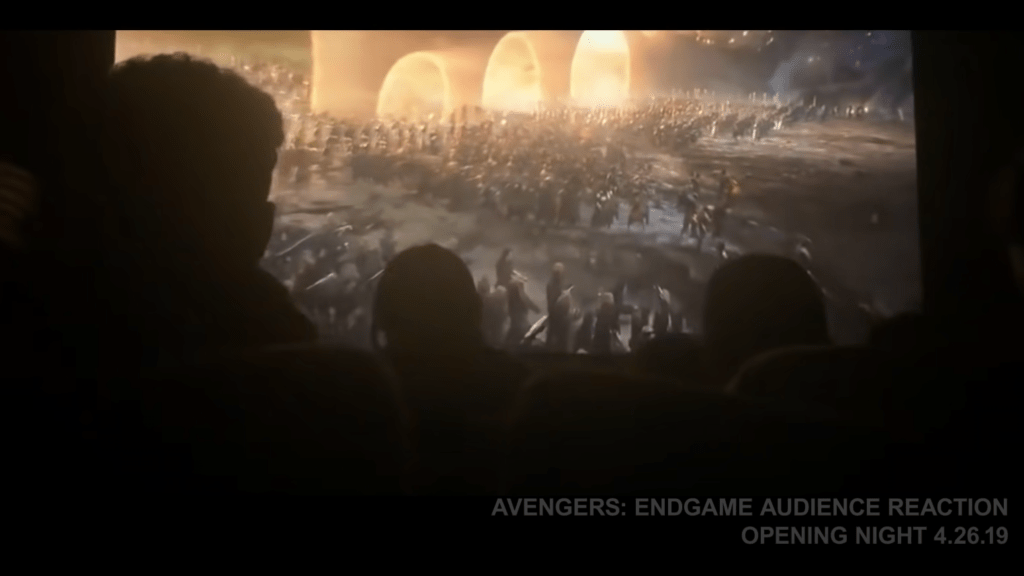 Theater patrons cheering at the climax of an Avengers Endgame screening — a moment of shared excitement experienced by many millions of movie patrons worldwide — is part of the sell Marvel is offering as it welcomes audiences back to cinemas, as seen in this screenshot. YouTube

Then came a spot from Matthew McConaughey during the Oscars, singing the praises of the more than 150,000 cinema employees who’ve suffered through “the longest intermission they could’ve ever imagined” — a reference to the closure of theaters due to the COVID-19 pandemic — and are now eager to welcome patrons back.

That these are plugs not just for a movie, but for the movies, is the point. It’s not easy to jump-start a whole industry from a full stop. Tenet tried back in September and fizzled when audiences weren’t ready (though it did decently overseas). Double-oh-seven’s been announcing and then cancelling premieres of No Time To Die. Wonder Woman stuck to her Christmas opening date, but streamed the same day. Surveys indicate plenty of interest, but patrons haven’t been showing up.

So nothing’s being left to chance this time. Memorial Day weekend will have a couple of medium-size genre prequels to prime the pump — Disney’s live-action Cruella, and the thriller A Quiet Place Part II — with the big guns F9 and Marvel’s Black Widow holding off until closer to July 4. That gives Hollywood studios time to sell the summer’s sizzle, and pandemic-weary patrons time to get comfortable with the idea of gathering in enclosed spaces.

And perhaps even more attentive than the big chains are art-houses, which cater to older audiences, so they’re especially conscious of risk and the need to make auditoriums safe. Their patrons will be coming back for more specialized fare. “Come on back,” says Nashville’s non-profit film center, The Belcourt, with plugs for Cinema Paradiso, and Hollywood Shuffle.

But nobody does a “You Reeeally Want This” sales pitch quite like Marvel. Theirs starts with the voice of the late Stan Lee extolling togetherness over images of a crowded city street, then cuts to Iron Man pulling Spider-Man in for a hug, followed by more scenes of cinematic togetherness from a 23-film “Infinity Saga.” It all builds to a moment of shared movie excitement that was experienced by literally hundreds of millions of people worldwide: the climax of Avengers Endgame, when all appears hopeless, defeat inevitable — until the movie music swells, and at the last possible second, reinforcements arrive.

And the theater audience erupts. The image on screen is of multiplex patrons leaping to their feet at an Endgame showing — arguably the ideal argument for returning to cinemas — but not, it turns out, the real grabber in Marvel’s “Welcome Back.”

The trailer reserves that prime spot for the thing besides audiences that Hollywood hasn’t had for more than a year — the thing that is finally making it possible for cinemas to re-open — hard opening dates. As music thunders, they glisten and flare defiantly beneath titles: July 9 for the much delayed Black Widow; Sept. 3 for Shang Chi and the Legend of the Ten Rings; Nov. 5 for The Eternals; Dec. 17 for Spider-Man No Way Home, and on and on through May of 2023.

You don’t even have to like superhero movies to find the sheer “we’ve got you” bravado comforting when Gemma Chan’s Sersi gazes into a middle distance and declares, “We’re the ones who changed everything.”

Different universe, of course. The pandemic changed everything in ours.

But superheroes are still decent role models for audiences heading back to cinemas. Long before the rest of us, remember, quite a few of them were perfectly comfortable wearing masks.