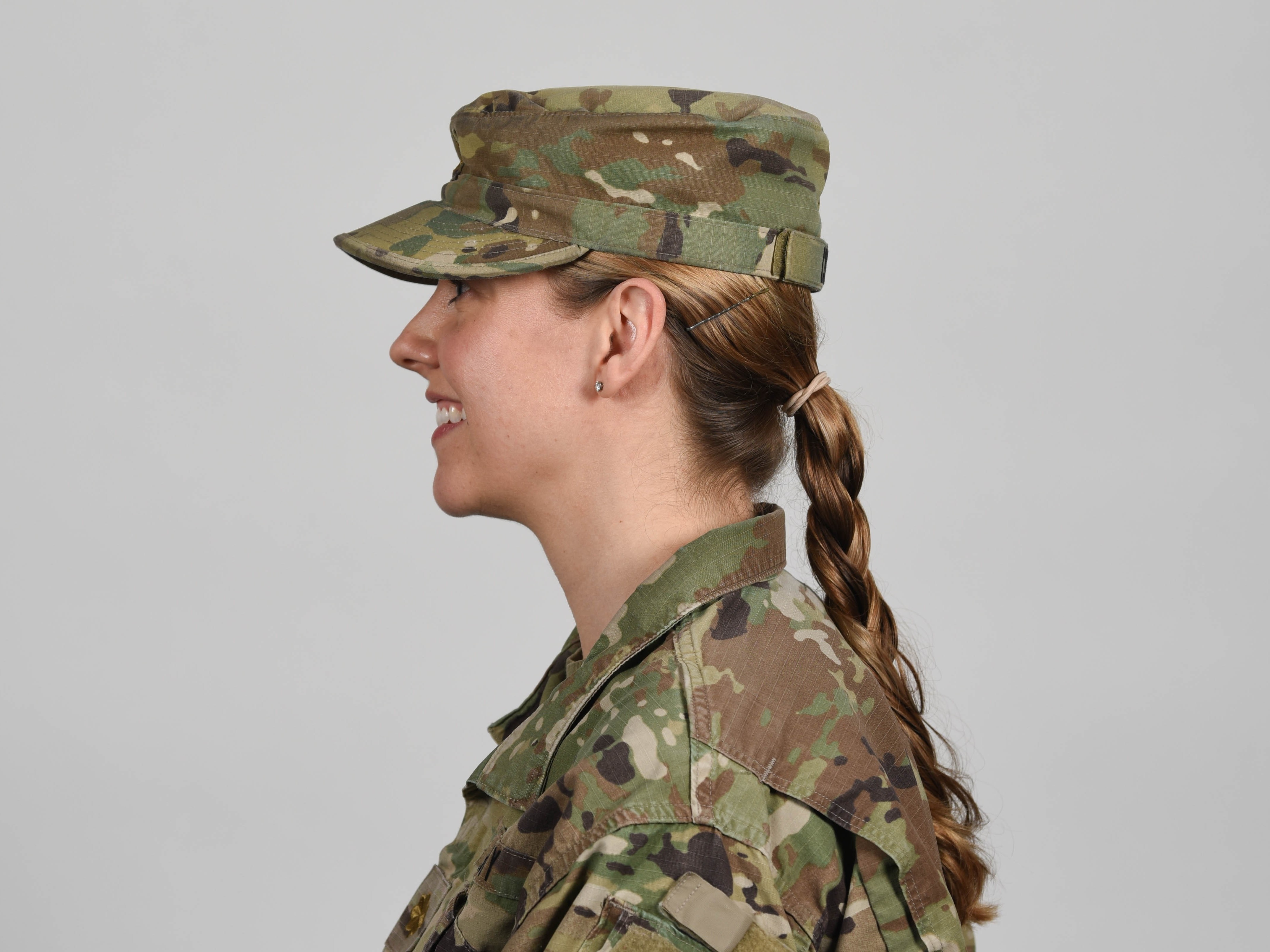 The Army Is Expanding Allowed Hairstyles For Women

The Army is now allowing female enlisted soldiers to wear their hair in ponytails in all uniforms, in a change announced earlier this month.

It expands on hair guidelines announced in January. For years, many women in the Army were required to keep their hair in a tight bun.

There are exceptions on the length of the ponytail or braid for women doing tactical or physical training, the Army says. 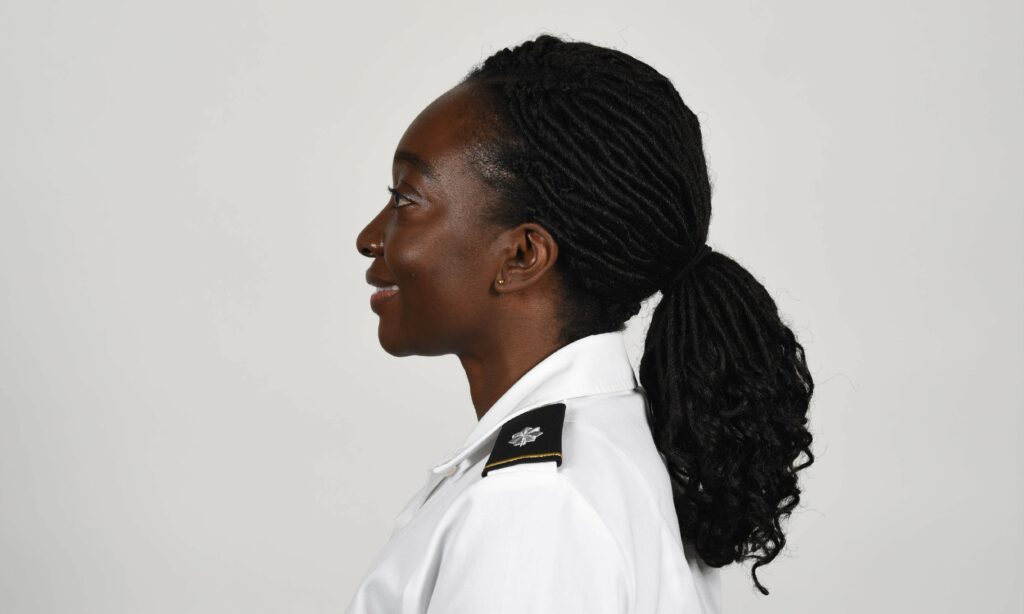 The Army acknowledged in announcing the latest update that repeatedly pulling hair into a tight bun could lead to hair loss.

Sgt. Nicole Pierce, a behavioral health noncommissioned officer stationed at Fort Sill in Oklahoma, tells NPR’s Weekend Edition that “tightening of the bun has really over the years pulled my hair out.”

It added to postpartum hair loss she was experiencing. She also got headaches.

Now says she she’s feeling the “happiness of just having the option of how we want to do our hair: bun, ponytail, braids. I’m just excited that we have options.”

Staff Sgt. April Schacher, a flight operations specialist assigned to Fort Belvoir in Virginia, says the buns would make it difficult to wear a helmet during training. It “would affect how low the helmet lies on our eyes, so, especially with shooting our weapons, that did affect being able to see the target properly,” she says.

The new guidelines expand the options for Black women’s hair. In 2014, members of the Congressional Black Caucus wrote a letter to the secretary of defense over rules at the time about Black women’s twists and braids. “African American women have often been required to meet unreasonable norms as it relates to acceptable standards of grooming in the workplace,” the lawmakers wrote. The Army first allowed some women to have some types of locks in 2017.

Maj. Faren Aimee Campbell, who works in Army logistics in Silver Spring, Md., experienced hair loss and damage from keeping her hair in a bun. So she chose to shave her head. 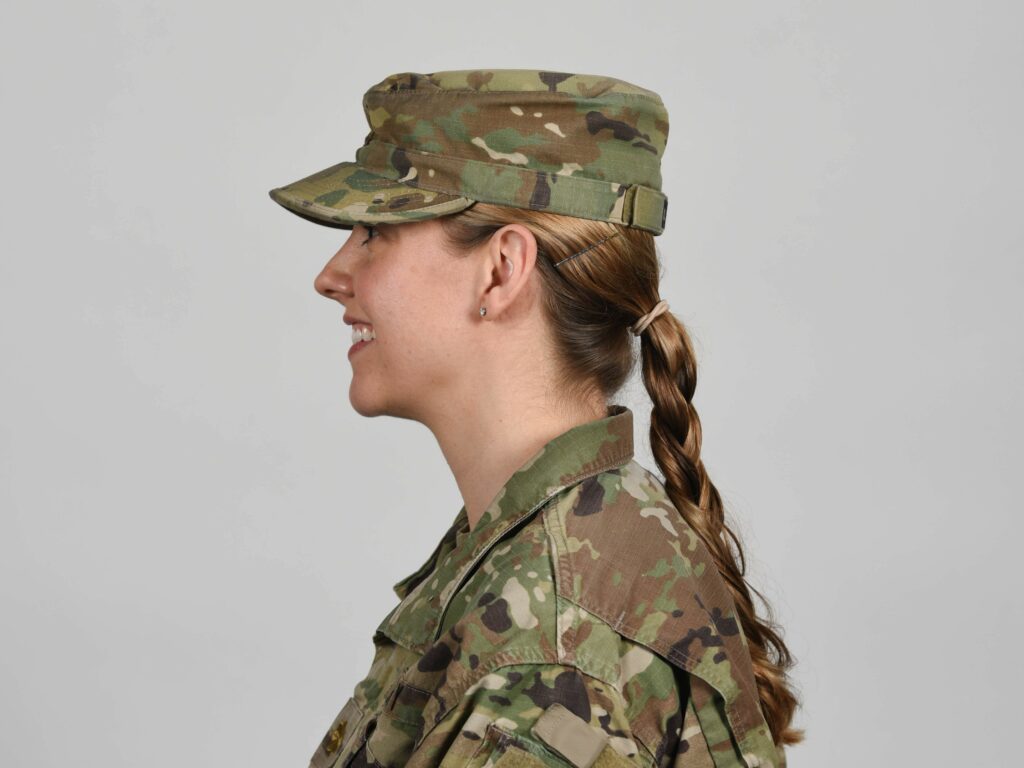 Another newly approved ponytail, as shown in an Army photo. CREDIT: U.S. Army

Completely shaved heads used to be against the rules that required hair to be at least 1/4 inch long. Not anymore.

“It’s been a very freeing change within the regulation,” Campbell says.

The Army notes that “professionalism” is important in how soldiers appear.

Maj. Terri Taylor, who is stationed at Fort Stewart in Georgia, says being professional isn’t limited to one hairstyle. She used to use chemical relaxer in her hair, but now wears her hair in barrel rolls.