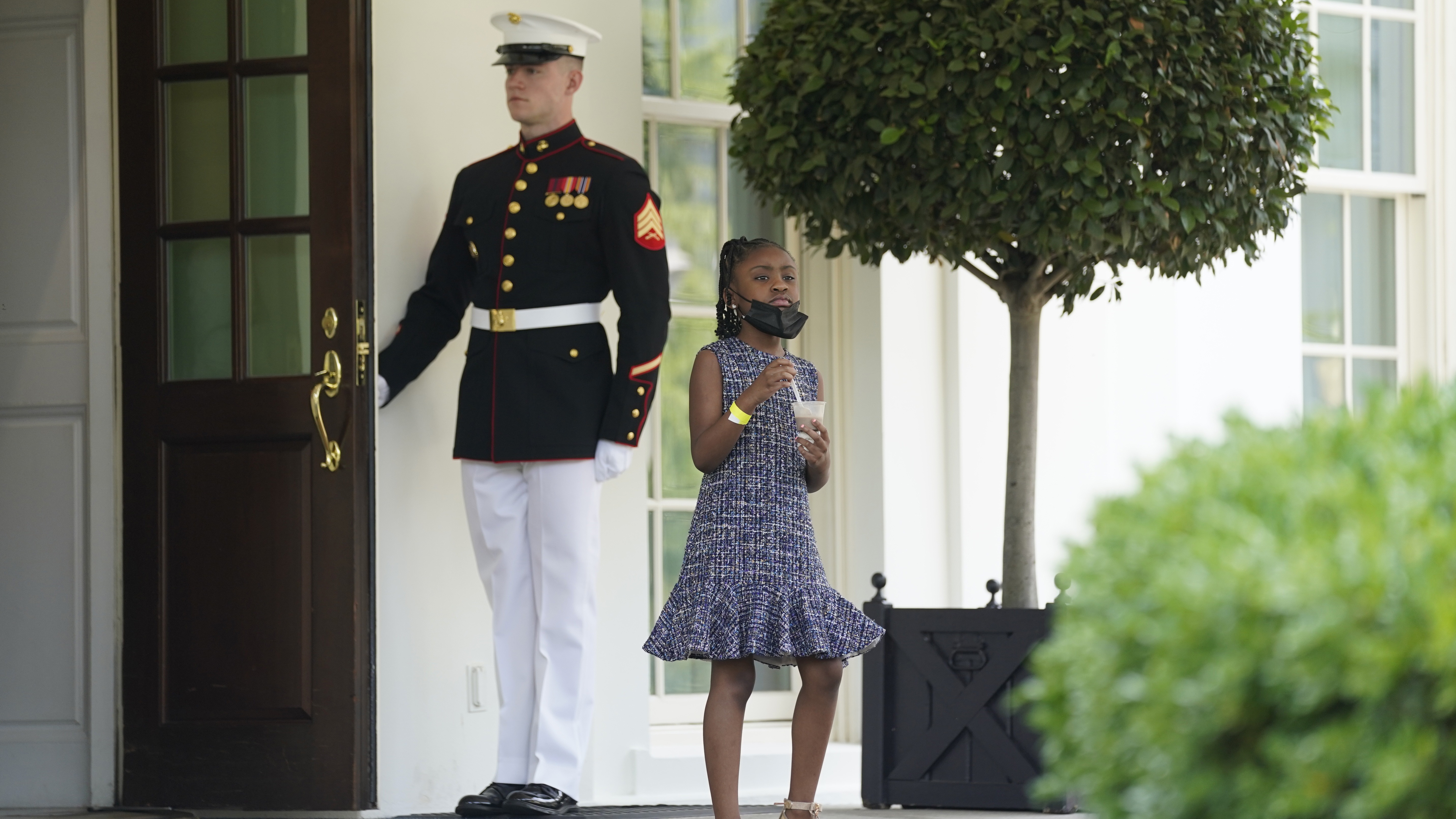 President Biden lauded the courage of George Floyd’s family after meeting with them on the first anniversary of his murder by a Minneapolis police officer, a killing that launched protests and calls for police reform nationwide.

The family visited with Biden and Vice President Harris at the White House on Tuesday and also met with congressional leaders in Washington, D.C.

The meeting with Biden and Harris lasted approximately an hour, and was kept private. The White House said those attending included Floyd’s mother and daughter, three brothers and a nephew. 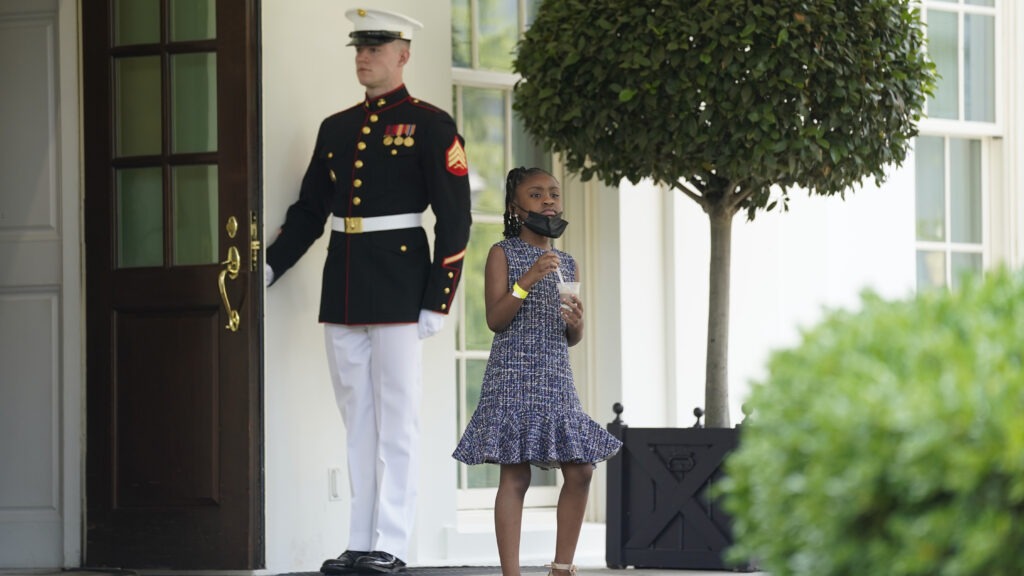 “On every anniversary you’re happy people remember, but it also brings everything back immediately like it happened that day. It takes a lot of courage to go through it,” Biden said of the Floyd family.

Rodney Floyd, one of Floyd’s brothers, told reporters after their meeting that Biden and Harris “showed great concern” for them, asking after their emotional state and self-care.

Biden said that the first thing Floyd’s daughter, Gianna, did was to run over to him and give him a hug. “She said, ‘I’m really hungry. Do you have any snacks?’ ”

Acknowledging that his wife might be upset, Biden said he listed off some of the available snacks — including ice cream and Cheetos, and possibly chocolate milk.

Biden had hoped Congress would pass the George Floyd Justice in Policing Act by the first anniversary of his death.

Referring to the president, Williams said, “He’s not happy about it not being met, but all in all he just wants the bill to be right and meaningful and that it holds George’s legacy intact.”

Biden told reporters that he had spoken with congressional negotiators and was hopeful that there would be an agreement “sometime after Memorial Day.”

Brandon Williams, Floyd’s nephew, looks on outside the White House as family members speak with reporters Tuesday after the meeting.
CREDIT: Jim Watson/AFP via Getty Images

Earlier Tuesday, the family visited with House Speaker Nancy Pelosi, D-Calif., who said she hoped Congress “can bring comfort to your family” by passing the police overhaul bill named after Floyd.

The Democratic-led House of Representatives already approved a measure in March, but it remains tied up in negotiations with Senate Republicans, led by South Carolina’s Tim Scott, the chamber’s only Black Republican.

Rep. Karen Bass, D-Calif., said getting “a substantive piece of legislation” is “far more important than a specific date.” She vowed to work on a compromise measure “until we get the job done” and said “it will be passed in a bipartisan manner.”

In a statement, Biden said he appreciates “the good-faith efforts from Democrats and Republicans to pass a meaningful bill out of the Senate. It’s my hope they will get a bill to my desk quickly. We have to act.”

Qualified immunity as the sticking point

Differences over whether the measure should contain provisions making it easier to sue police officers over allegations of brutality appear to be the biggest stumbling block to an agreement.

A group of progressive House lawmakers, led by Reps. Ayanna Pressley of Massachusetts and Cori Bush of Missouri, sent a letter on Friday urging their colleagues to support an end to qualified immunity.

“I believe that eliminating qualified immunity for law enforcement officers must be included in any bill that gets passed in the Senate, just like what we did on our side in the House, and it ultimately needs to be signed into law by the president,” Bush told NPR. “I have made that a red line; there has to be a clear red line with that.”

Asked about the first anniversary of Floyd’s killing, Bush said that “one year later, not enough has changed,” noting the number of people who were killed in encounters with law enforcement since former officer Derek Chauvin knelt on Floyd’s neck.

“Not enough new laws are in place, whether they’re local, state or federal laws,” she said. “Our work in Congress is to save lives, so we have to do the work to shift towards making and implementing policies that will prevent these injustices from happening in the first place.”

The White House also announced Tuesday that Biden will travel to Tulsa, Okla., on June 1, marking the 100th anniversary of the Tulsa Race Massacre, when an armed white mob killed as many as 300 people in the prosperous Black community of Greenwood, known as Black Wall Street.