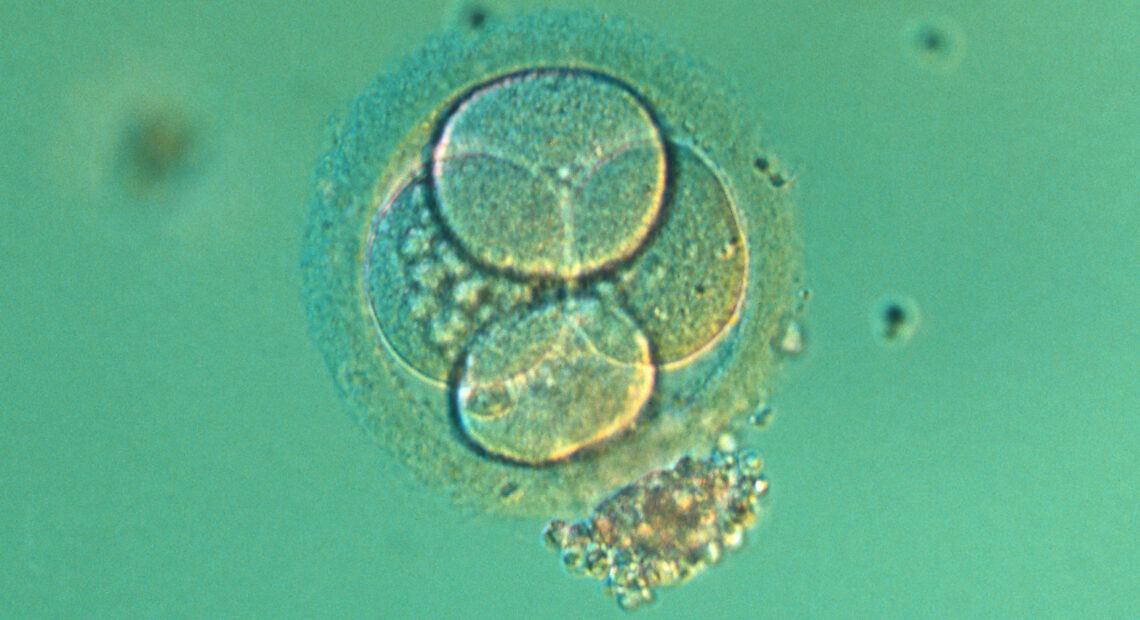 For decades, scientists have been prohibited from keeping human embryos alive in their labs for more than 14 days. The prohibition was aimed at avoiding a thicket of ethical issues that would be raised by doing experiments on living human embryos as they continue to develop.

But on Wednesday, an influential scientific society recommended scrapping that blanket taboo, known as the “14-day rule.” The International Society for Stem Cell Research released new guidelines that say it could be permissible to study living human embryos in the lab for longer than two weeks.

This guidance will now be considered by regulatory bodies in each country that conducts this type of research to decide what research will be permitted and how. Currently in the U.S., regulatory bodies at universities and other research institutions universally adhere to the 14-day rule. If the new guidance is adopted, it would be a major change. 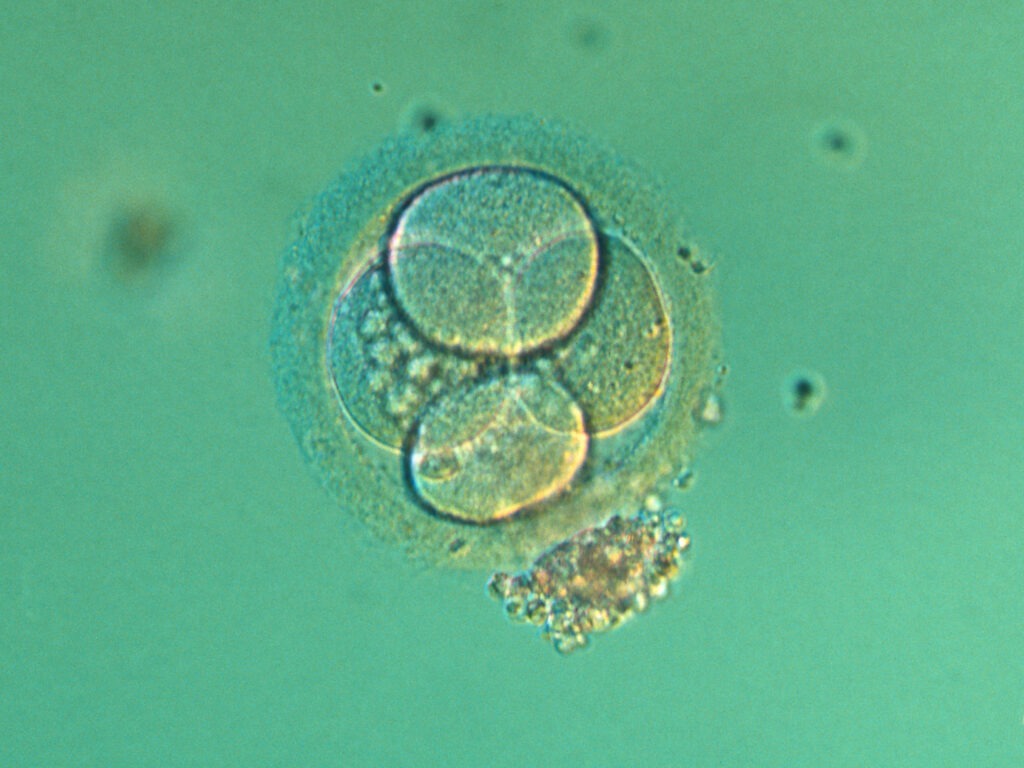 “When you ask, ‘Is this ethically bad?’ Well, you also have to put the opposite: Are there ethical issues for not doing research in that period?” says Robin Lovell-Badge of the Crick Institute, who chaired the task force that wrote the guidelines. “In many ways, you could argue it would be unethical not to do it.”

Studying embryos as they develop beyond 14 days could help scientists solve many medical problems, including infertility, miscarriages and birth defects, Lovell-Badge and others argue.

“There’s very good reasons for doing this research. And people shouldn’t be scared about it if there are robust mechanisms of review and oversight,” Lovell-Badge says.

While many scientists and bioethicists are welcoming the new guidelines, others criticize them as being far too permissive.

“I think it’s deeply troubling,” says Dr. Daniel Sulmasy, a bioethicist at Georgetown University. “Now, any sign of respect for the human embryo is gone.”

Others are especially concerned that the new guidelines include no clear stopping point for how long a developing embryo could be studied in a lab dish.

“If you don’t have any endpoint, could you take embryos to 20 weeks? To 24 weeks? Is viability the only endpoint,” asks Hank Greely, a Stanford University bioethicist who otherwise praises the new guidelines. “Is viability even an endpoint?”

“I felt that it would be both difficult and a little pointless to propose any new limit, which would be arbitrary, much like 14 days,” Lovell-Badge says.

The original cutoff was set at 14 days for a variety of reasons. For example, 14 days is around the time when an embryo starts to develop the first signs of a central nervous system. It’s also when an embryo can no longer split into twins. At the time, scientists were far from being able to sustain living embryos in the lab anywhere close to 14 days.

But in recent years scientists have gradually extended how long they can sustain human embryos in lab dishes, increasing pressure from some researchers and bioethicists to revise the rule.

At the same time, scientists developed the ability to create “embryoids,” which are living entities made from human stem cells that have become increasingly complex and similar to human embryos. That added pressure to extend the rule so scientists could compare these new entities with naturally conceived embryos.

“That period of development between, say, 14 days, which is the current limit, and let’s say 28 days, a huge amount is happening. It’s a very critical period,” Lovell-Badge says.

The guidelines stress such experiments should only be allowed after each country has a robust public debate and the public at large agrees that such research is acceptable. In addition, any experiments must be carefully monitored to make sure the research is absolutely necessary to learn something important, according to the guidelines.

“We’re not saying it should now happen. We’re saying it’s possible for it to happen,” Lovell-Badge says.

The guidelines could be especially influential in countries that do not have laws or regulations governing this kind of research.

In the U.S., the federal government is prohibited from funding for research involving human embryos. But that kind of research can be done with private money. And the National Institutes of Health has been waiting for the new guidelines to help decide whether to lift a moratorium on funding research involving chimera embryos.

“We are looking forward to reading the ISSCR guidelines,” the NIH said in a statement to NPR. “ISSCR has long been a thoughtful voice for the international stem cell research community, and we will certainly think carefully about their report.”

Martin Pera, a stem cell researcher at the Jackson Laboratory who was not involving in writing the guidelines, called them “responsible and well-considered” in an email to NPR. “Adoption of these guidelines by regulatory bodies will ensure that research that has wide-ranging potential to improve human health can proceed with appropriate ethical oversight.”

The change in the 14-day rule is just one of a long list of sensitive lines of scientific research the new guidelines address, ranging from human cloning to gene-editing human embryos. Some research, such as human cloning and creating babies from gene-edited embryos, remains off-limits. But the guidelines generally take a more permissive stance, including opening the door to creating gene-edited babies someday if it would be safe and solve an important medical problem.

The guidelines also detail rules that would allow researchers to create chimera embryos for research. These are embryos that are part human, part animal. They’re made by injecting human stem cells into animal embryos. Scientists recently announced they had done this with monkey embryos.

The goal is to learn more about basic embryonic development and perhaps someday use these embryos to breed animals such as pigs and cows with human hearts, livers and kidneys for organ transplants.

Those entities raise many difficult ethical questions. One concern is that the cells could end up in other parts of the animals’ bodies, such as their brains.

“Surely there are some human-animal chimera experiments that are entirely permissible and good. But there are some that would be monstrous,” wrote J. Benjamin Hurlbut, a Arizona State University bioethicist, in an email to NPR.

“Do we really need to hark back to Mary Shelley to remind ourselves that the production of monstrosity may well grow out of a misguided sense of the good — combined with the thrill of the power of control over life? What is at stake here if not that?” Hurlbut wrote.

To assuage such concerns, the guidelines recommend a variety of restrictions and steps that should be taken to prevent that from occurring.

“There is a way to genetically engineer both the embryo and the stem cells so that the stem cells will only make a particular organ,” says Insoo Hyun, a bioethicist at Harvard and Case Western Reserve universities, who helped write the guidelines. “Nobody wants a chimeric embryo to grow into a part-human, part-animal thing that has human cells from head to toe mixed in.”

But the guidelines could conceivably allow a human-monkey embryo to develop inside a monkey’s womb. And so those requirements did little to satisfy critics.

“I think we have just not thought through the moral status of these novel beings,” says Françoise Baylis, a bioethicist at Dalhousie University in Canada.

“I think a number of people would be, you know, rightfully concerned that, that there are very little constraints on what’s happening with the human embryo.”

“What was ethically unthinkable just a few years ago is getting treated as not only permissible but even unproblematic now,” Hurlbut says.

“Under these guidelines an oversight committee can deliberate behind closed doors and quietly give its blessing to scientists to impregnate a monkey with a partly human embryo, or to see how far into human development scientists can grow artificially constructed synthetic human embryos in bottles.”

Others, however, praise the new guidelines.

“As this is a time of rapid advances in stem cell-based research, it is critical to have a set of guidelines that all researchers can refer to, regardless of the stage of their research,” says Juan Carlos Izpisua Belmonte, a researcher at the Salk Institute, who created the part-human, part-monkey embryos.