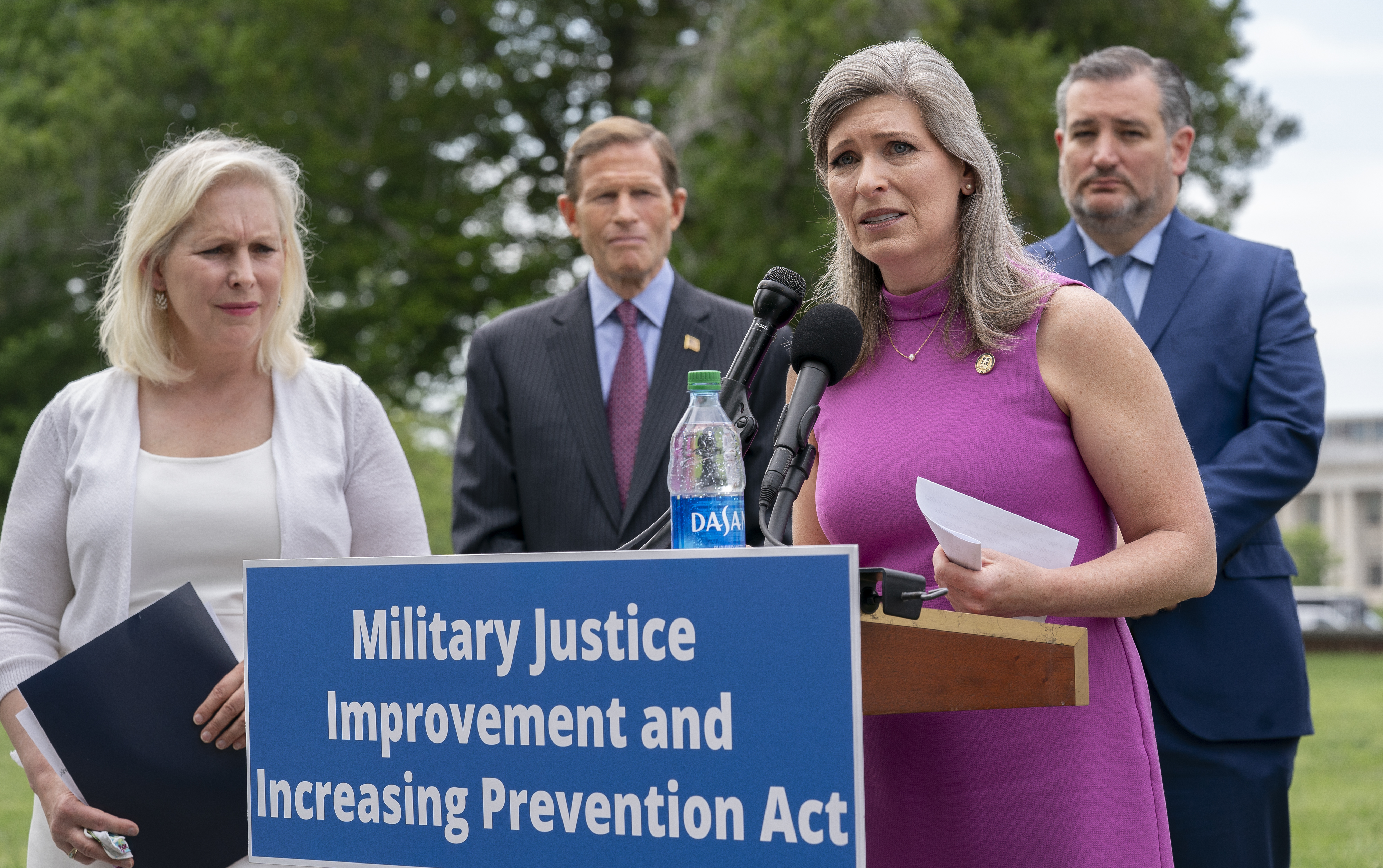 The Effort To Reform The U.S. Military’s Justice System Faces A New Fight

For three straight nights, New York Sen. Kirsten Gillibrand took to the Senate floor to ask for quick approval of her bill to reform the military’s criminal justice system.

After eight years of trying, the Democrat and longtime member of the Senate Armed Services Committee finally has the votes needed to approve the transformative legislation in the upper chamber. The bill has more than 60 cosponsors.

But night after night, her Democratic colleague who chairs the powerful committee, Rhode Island Sen. Jack Reed, said no. “Reserving my right to object,” he said on their last night of openly sparring on the chamber floor.

It’s the latest chapter in a battle that has been years in the making. 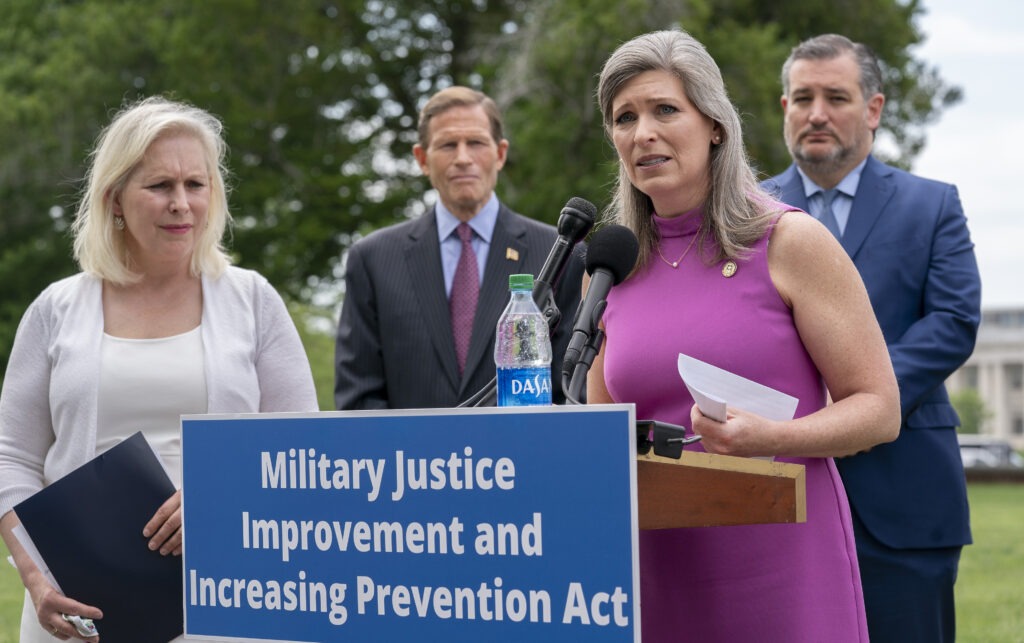 Reed is among a cadre of influential lawmakers who are still not on board with all facets of the proposal, even as its support grows elsewhere.

In the military, commanders who are not lawyers get to choose which serious criminal cases go to trial. That means leaders who are pilots, infantry officers and hold other positions can be tasked with making weighty legal decisions with little to no experience.

Gillibrand and supporters of her measure say that system is no longer working. They want to see those cases pulled from the chain of command and into the hands of experienced military prosecutors.

They point to Pentagon reports showing cases of sexual assaults remain at record highs, while prosecution and conviction rates are falling.

For example, reports of these crimes were 37% higher in 2019, when compared with two years prior. That’s while prosecution and conviction rates for related cases were down 7% since Gillibrand’s legislation was first introduced.

Reed recently announced that after longtime opposition to the measure, he’s on board when it comes to pulling sex-related crimes away from commanders. But he hasn’t signed on to a broader plan to make that also apply to other serious crimes such as murder, manslaughter and child pornography.

Reed says the bill should go through the regular order of the committee process, and that could get buy-in from other holdouts. The plan could get taken up in committee later this summer when the panel considers the annual defense bill.

“I believe that the committee must start from a base that reflects the broadest consensus possible among our members,” Reed said.

Among others who are still not on board, Reed has backup from the top Republican on the Armed Services Committee, Oklahoma Sen. Jim Inhofe.

“When it comes to important issues like this, we should not rush,” Inhofe said in response to Gillibrand’s attempts to pass the legislation on the floor.

Earlier this month, Gen. Mark Milley, chairman of the Joint Chiefs of Staff, said he was dropping his opposition to the plan. And a panel created by Defense Secretary Lloyd Austin also agreed recently that at least sexual assault cases should be pulled from the chain of command.

Gillibrand, who has served on the Armed Services Committee for the past decade, has sponsored the legislation since 2013.

But this year, Gillibrand joined forces with Iowa Republican Sen. Joni Ernst, a sexual assault survivor herself before she became a combat company commander.

“It is time we take new action to stop these attacks to bring justice for the victims and to prevent these actions going forward,” Ernst said in defending Gillibrand’s recent attempts to get the plan passed quickly.

A former holdout on the bill, Ernst is fed up with the military’s climbing criminal caseloads. “I was torn,” she said. “But we have not seen improvement.”

Some skeptics have said other serious crimes such as murder and manslaughter should be kept in the chain of command, but supporters of this legislation say that would be a move to water it down.

“Whether it’s in the military or whether it’s outside the military, a crime is a crime, and it should be punished,” said Iowa GOP Sen. Chuck Grassley, who has cosponsored the bill with Gillibrand since it was first introduced in 2013.

Supporters also argue that the legislation protects both victim and defendant rights alike. That includes, for example, a servicemember facing a serious crime worried about their rights as a defendant when they already have an acrimonious relationship with their current commander.

Backers of the plan like Grassley say the time is right for the reforms.

“We’ve been waiting almost a decade, there’s no need to wait any longer,” he said.

The bill has made for some strange bedfellows, drawing cosponsors from Vermont independent Bernie Sanders and Massachusetts Democrat Elizabeth Warren to Republicans Ted Cruz of Texas and Rand Paul of Kentucky.

Despite the new hurdles, Gillibrand has signaled she’s nowhere near giving up, and will try on the Senate floor again.

“How long must our servicemembers wait for real reform? How long must they wait for a criminal justice system that is worthy of their sacrifice?” Gillibrand asked. “There is no persuasive argument for the need to allow more time to consider this legislation in committee. The committee has had nearly a decade to consider it.”