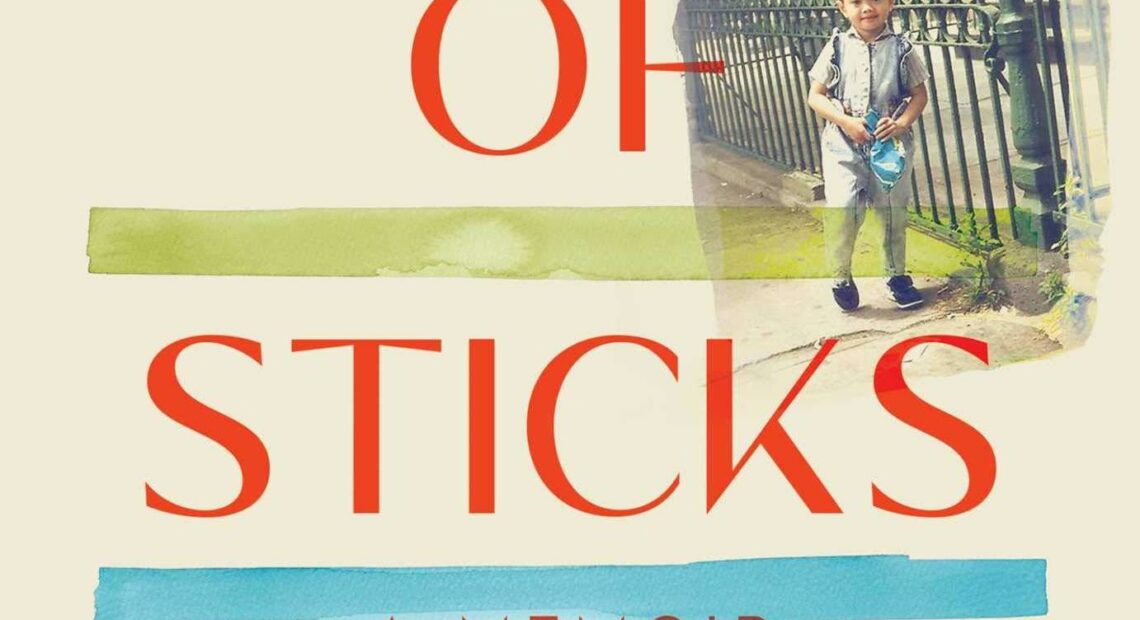 BOOK REVIEW: ‘House Of Sticks’ Is An Immigrant Success Story With Filial Bonds At The Core

Ly Tran’s memoir House of Sticks brings to mind both the story of The Three Little Pigs and the myth of the unassimilated other in Francois Truffaut’s The Wild Child (L’Enfant Sauvage), in its unsentimental yet deeply moving examination of filial bond, displacement, war trauma, and poverty.

Ostensibly an immigrant success story, Tran’s narrative power lies in its nuanced celebration of filial devotion that withstands the enormous cost of the American dream.

The book’s first chapter, “Awake”— on the author’s earliest memory of waking up in the arms of her mother in a refugee camp in Thailand — represents the thematic arc of House of Sticks. Tran’s sensory cognizance of the blue tarpaulin tent cover, the pungent, creamy taste of eggs drenched in soy sauce that she shared with her family — these constitute the corporeal recollections that Tran would need to reclaim in the future as part of her essential education, to offset her family’s survival mode that often rendered the body invisible. 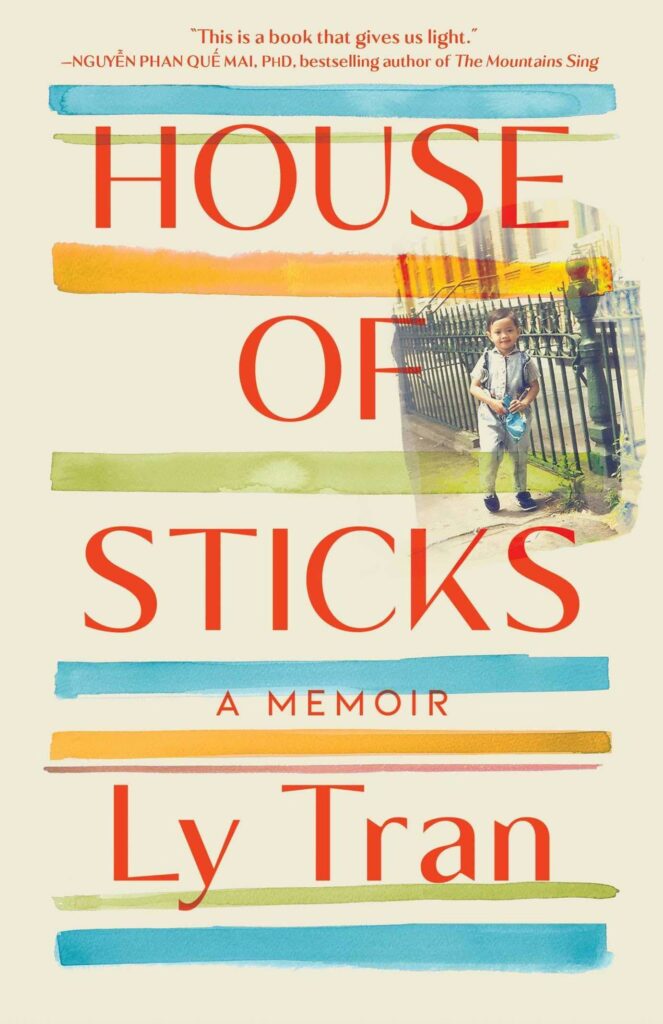 Tran’s memoir then proceeds with the 1993 resettlement of her family to Ridgewood, a community in the New York City borough of Queens. The long journey from her parents’ rural village in southern Vietnam was made possible by the U.N.-sanctioned Orderly Departure Program (ODP). While the Trans’ immigrant status under the ODP required them to reimburse the U.S. government for the cost of their relocation, their circumstances were arguably more analogous to those of earlier waves of Vietnamese refugees who had been granted political asylum. As ethnic Chinese transplanted to the Mekong Delta, Tran’s parents had suffered discrimination at the hands of native Vietnamese. In addition, Tran’s father, a former officer of the Republic of South Vietnam, was imprisoned by the Vietnamese Communist Government for nearly 10 years in reeducation camps and subject to torture, starvation, and forced labor — deep psychological scars that would later manifest in unpredictable outbursts and physical abuse of his wife and children.

Once settled in Queens, yet for a time without social assistance or counseling, the Trans had to reside in an unheated railroad apartment, with little to eat besides rice porridge seasoned with soy sauce — harsh conditions that caused Tran to contract hypothermia, and her brother to develop Raynaud’s disease. The family’s malnourishment literally rendered them into stick figures — hence the reference to “house of sticks.” They were displaced people in constant danger of being swept off their flimsy foundation.

Despite her Dickensian deprivations, Tran’s early years — as the youngest sibling among three protective older brothers — were happy ones. This sense of oneness with her family is illustrated by her use of the present tense in the early chapters — also a unique feature of Vietnamese that marks time not by conjugated shifts but by narrative context. This timelessness represents Tran’s linguistic innocence before English — a second language — intruded.

During Tran’s preschool years, her family found work through a shady network that paid its contract workers exceedingly cheap wages to sew vast bundles of men’s ties and cummerbunds. The work, while arduous and exploitative, was considered ideal since it could be done from home, with all the children — including 3-year-old Ly — assisting their parents in assembly-line fashion to fulfill the weekly quota. To battle fatigue and maintain production flow, the Tran siblings would devise creative games and periodically rotate their assigned tasks. The children’s innocence, imagination, and ingenuity reflected their victory of mind over matter. For a time, their familial bond protected them from the knowledge of physical detriments resulting from sweatshop labor: stress, weakened eyesight, poor posture, sleep deprivation, and misshapen, callused hands.

It’s both ironic and understandably poignant that the extreme poverty that tethered Tran to physical labor also rendered her, for a time, incapable of living inside her body. Tran’s memoir is unique among Vietnamese American narratives in the sense that her identity crisis was not about liberating herself from her parents’ past but her unwillingness to remove herself from their suffering. She deeply empathizes with her father’s post-traumatic stress syndrome and her mother’s passivity — induced as a coping mechanism toward a mentally unstable husband and misogynistic cultural mores. Tran’s harrowing struggle to form a coherent language to mediate her family’s history with her present life thus reminds me of Truffaut’s fraught cinematic treatment of the wild child. His assimilation myth becomes a relevant framework to assess the cultural blind spots of well-meaning school administrators and psychiatrists whose Western training prevented them from comprehending Tran’s inarticulate needs and her porous identity that’s actually shaped by her complex family relationships.

Ultimately, the Buddhist teachings on courage and compassion that Tran’s parents had instilled in their daughter managed to resist the racist trope of an individual’s evolution from a dark, “savage” past to a supposedly sane, rational present, giving Tran the tools to eventually carve out her own activist path. Tran’s perceived lack of identity thus represents both her struggle and the key to her self-knowledge.

Tran wrote House of Sticks “for [her] mother and for [her] father.” I read her dedication as a loving attempt at proxy — to make visible the faces and bodies of her forebears — human beings long dismissed as “stick figures” because they exist mainly to serve more imposing, privileged bodies. The dilapidated nail salon in a racially volatile Brooklyn neighborhood that Tran’s parents came to own after the end of their sweatshop era — with its filing sticks as tools of the trade — witnessed their stark tribulations as well as the wondrous resilience of their immigrant selves. In the end, Tran’s empathy and her parents’ appreciation of her filial love cemented the emotional bricks that steady their seemingly tenuous hold on this unaccustomed earth.