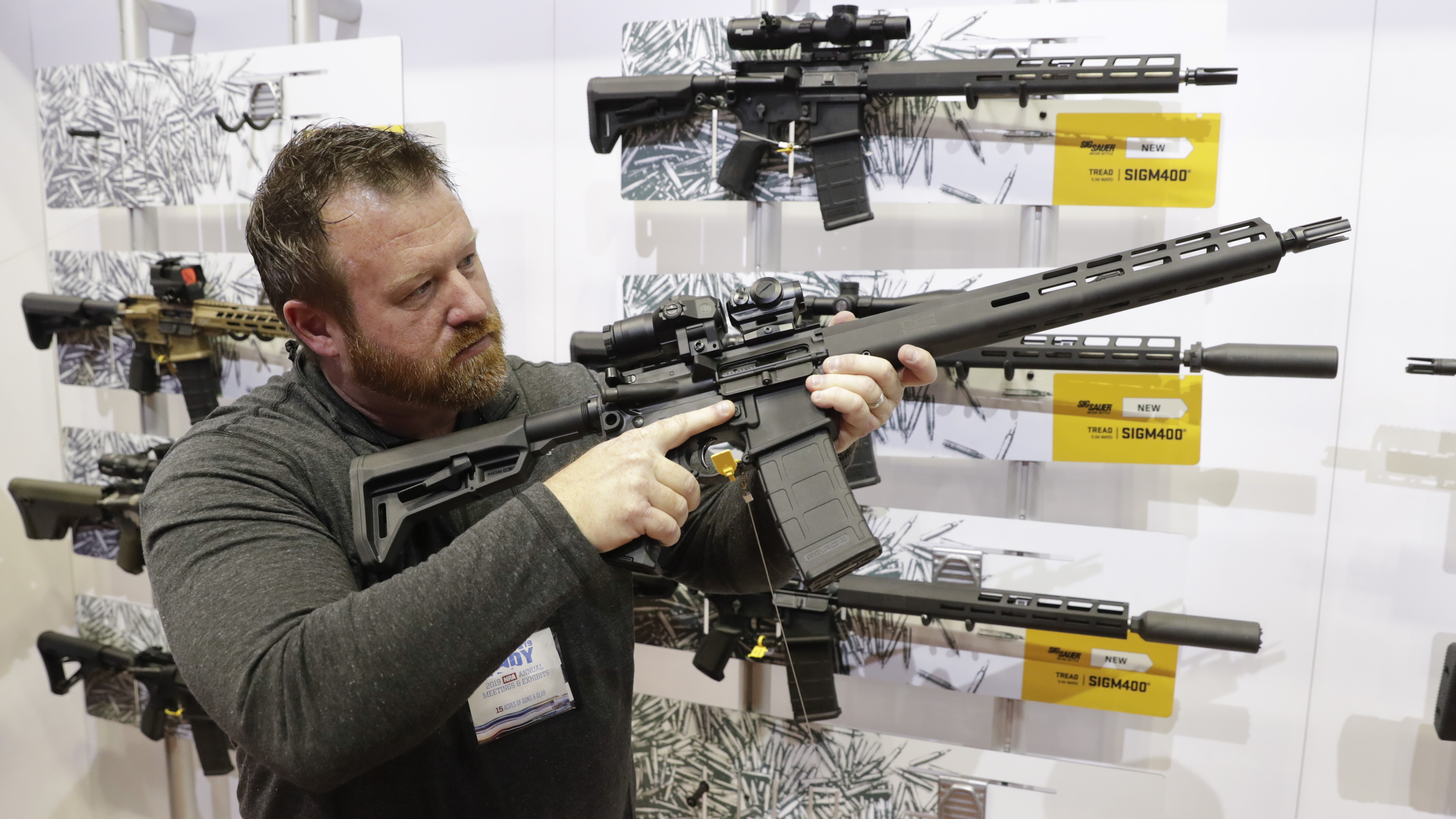 For more than three decades, California has banned certain types of semiautomatic rifles including the AR-15 under an “assault weapons” ban. On Friday, a federal judge threw out the ban, ruling that it violates the Second Amendment to the U.S. Constitution.

“The Second Amendment is about America’s freedom: the freedom to protect oneself, family, home, and homeland,” Judge Roger Benitez wrote for the U.S. District Court for the Southern District of California. “California’s assault weapon ban disrespects that freedom.”

Courts differ on whether assault weapons bans are constitutional. That’s because the Supreme Court has never actually heard a case testing their constitutionality. 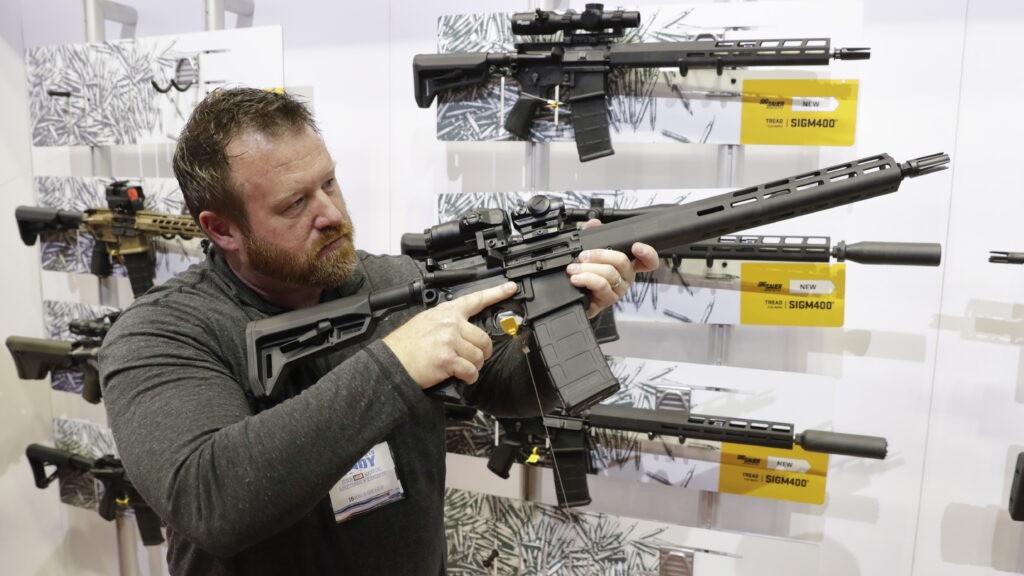 Bryan Oberc, in Munster, Ind., tries out an AR-15 from Sig Sauer in the exhibition hall at the National Rifle Association Annual Meeting in Indianapolis in 2019.
CREDIT: Michael Conroy/AP

The main guidance for lower courts comes from District of Columbia v. Heller, a landmark 2008 decision permitting private citizens to keep handguns in the home. The Heller test is straightforward: Is the firearm commonly owned by law-abiding citizens for lawful purposes?

“If the lower courts were following Heller directly … that would be the end of the case,” said David Kopel, a constitutional law professor at Denver University Sturm College of Law, and adjunct scholar at the libertarian-leaning Cato Institute.

But some courts, including federal courts in California, use a multi-step test that requires “policy-balancing,” Kopel told NPR. That’s why Benitez’s 94-page opinion so exhaustively examines the pros and cons of an assault weapons ban.

Among similar cases that have been heard across the country, Benitez’s opinion is “by far the most thorough in its careful examination of the evidence,” Kopel said.

“This case is not about extraordinary weapons lying at the outer limits of Second Amendment protection,” Judge Benitez wrote. The firearms that the California legislature had deemed “assault weapons” are actually “ordinary, popular, modern rifles,” he said.

The judge was trying to demonstrate how ordinary the AR-15 is because when a weapon is in common use, it’s protected by the Second Amendment, said Josh Blackman, a law professor at South Texas College of Law Houston who is also an adjunct scholar at Cato.

Michael Morley, a professor of law at Florida State University College of Law and contributor to The Federalist Society, said that the court “engaged with the record evidence, statistics, and factual underpinning of expert witnesses’ conclusions at a highly granular level of detail.”

But, Morley told NPR, “the opinion contains some rhetorical flourishes and argumentative portions that I don’t believe strike the right tone for a judicial issuance.”

One such rhetorical flourish came at the start of Benitez’s opinion. The judge compared the AR-15 to a “Swiss Army Knife,” calling it “a perfect combination of home defense weapon and homeland defense weapon.” Benitez, appointed to the bench in 2003 by President George W. Bush, repeatedly criticized the state’s ban as a “failed experiment” that “has had no effect” on mass shootings in the 30 years it was enacted.

The opinion reads like it’s written “by an AR-15 salesman rather than a constitutional analyst,” said Larry Tribe, professor emeritus of constitutional law at Harvard Law School. “The bias fairly drips from the opinion, and the analysis certainly does not follow from the Supreme Court’s jurisprudence about the Second Amendment.”

This isn’t the first time Judge Benitez has weighed in on controversial gun laws. In 2019, he struck down a state law banning gun magazines that hold more than 10 bullets. “Individual liberty and freedom are not outmoded concepts,” Benitez wrote at the time.

After that, legal observers say, it’s possible the Supreme Court will step in to settle the matter. But that’s far from certain. In 2016, the high court declined to hear a challenge to assault weapons bans in Connecticut and New York. The year before, the court rejected a similar challenge over local ordinances in Cook County, Ill.