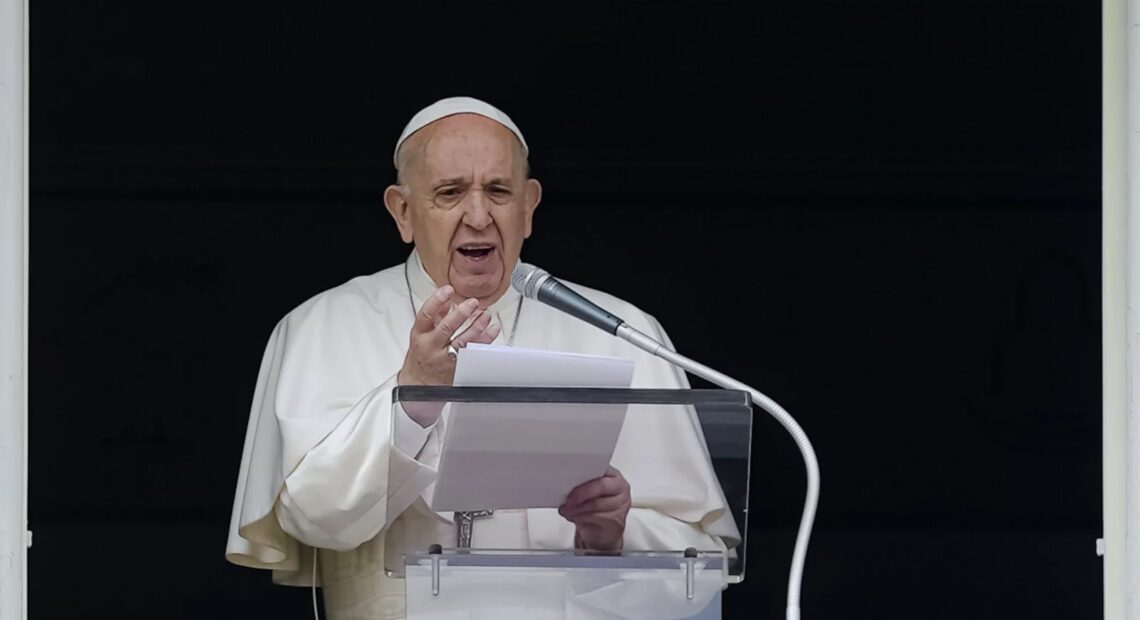 Pope Francis expressed sorrow Sunday for the gruesome discovery of a mass grave in Canada containing the remains of hundreds of Indigenous children. The remains were found at a boarding school for Indigenous Canadians, operated by Catholic clergy.

“I join the Canadian Bishops and the whole Catholic Church in Canada in expressing my closeness to the Canadian people, who have been traumatized by this shocking news,” Francis told an audience in St. Peter’s Square, according to a translation of prepared remarks. “This sad discovery further heightens awareness of the pain and sufferings of the past.”

The comments come about a week after the Tk’emlúps te Secwépemc First Nation in British Columbia announced that the remains of 215 children had been found on the grounds of the former boarding school. Indigenous Canadians had known for years that some children never returned from the schools, but this is the first time a major burial site has been discovered. 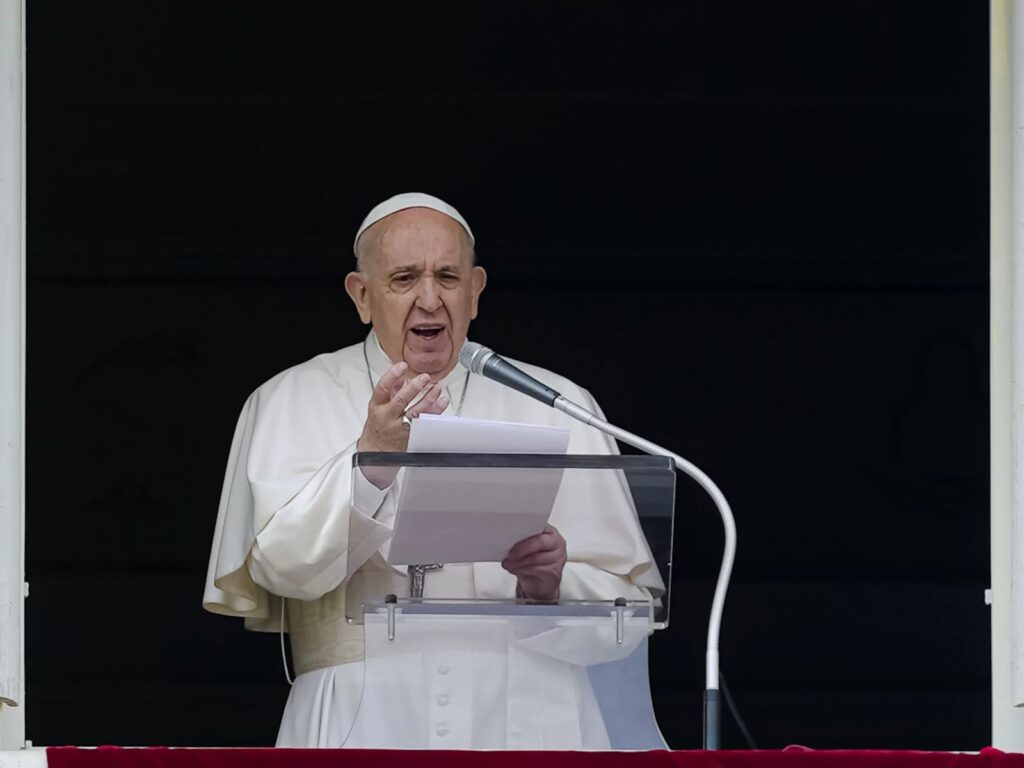 Pope Francis speaks from the window of his studio overlooking St. Peter’s Square on Sunday. Francis expressed sorrow for the treatment of Indigenous people in Canada, but did not offer an apology.
Domenico Stinellis/AP

Francis urged political and religious authorities in Canada to continue to work together “to shed light on this sad event and humbly commit themselves to a path of healing and reconciliation.” It’s important, he said, to “turn away from the colonial model and also from the ideological colonizations of the present, and walk side by side in dialogue, mutual respect and recognition of the rights and cultural values of all the daughters and sons of Canada.”

“We commend to the Lord the souls of all the children who have died in the Canadian residential schools, and we pray for the grief-stricken Indigenous families and communities of Canada,” Francis added.

Although Francis expressed sorrow on Sunday, he never explicitly apologized for the church’s role in the forced reeducation of more than 150,000 children, who were taken from their homes over a period of 150 years during the 19th and 20th centuries. Many of the children were forced to become Christians, were forbidden from speaking their native languages, and were often abused. In 2015 a national commission condemned the treatment as “cultural genocide.”

Canadian Prime Minister Justin Trudeau said Friday he was “deeply disappointed” that the Catholic Church had not offered a formal apology for its role in the church-run boarding schools. Trudeau said that on a 2017 trip to the Vatican, he had directly asked Francis “to move forward on apologizing, on asking for forgiveness, on restitution.” But, Trudeau said, “we’re still seeing resistance from the church.”

Chief Rosanne Casimir of the Tk’emlúps te Secwépemc First Nation has also called for a public apology from the church.

Francis’ comments were “a little bit better than nothing, but only marginally,” said Veldon Coburn, a professor of Indigenous studies at the University of Ottawa. “They’re sort of skirting the words, ‘I’m sorry,’ like that is painful for them, and really, getting that out of them feels like it’s pulling teeth.”

“Saying things like ‘we’re going to walk hand in hand,’ well, that was sort of what the popes and the Council of Canadian Bishops said several years ago,” Coburn told NPR. He suggested the Catholic Church follow the lead of the United Church of Canada and the Anglican Church of Canada, both of which formally apologized decades ago for their involvement in the boarding schools for Indigenous people.

“Just say sorry and move on,” Coburn said. “Because now it seems really painful to watch, and cringe-inducing, and awkward.”

Although the pope hasn’t offered an apology on behalf of the church, other Catholic clergy have. On Sunday, Cardinal Thomas Collins of the Roman Catholic Archdiocese of Toronto apologized during mass.

“I think we as Christians need to be particularly regretful and sorry that we took part in that particular system,” he said, according to the Toronto Sun. “It was a governmental program that essentially took little children away from their families.

“I don’t know what the religious groups or the Catholic groups were thinking,” Collins continued. “They probably wanted to advance their mission. But to participate in anything that took kids away from their families? All we stand for are families. I’m just so sorry that it happened.”