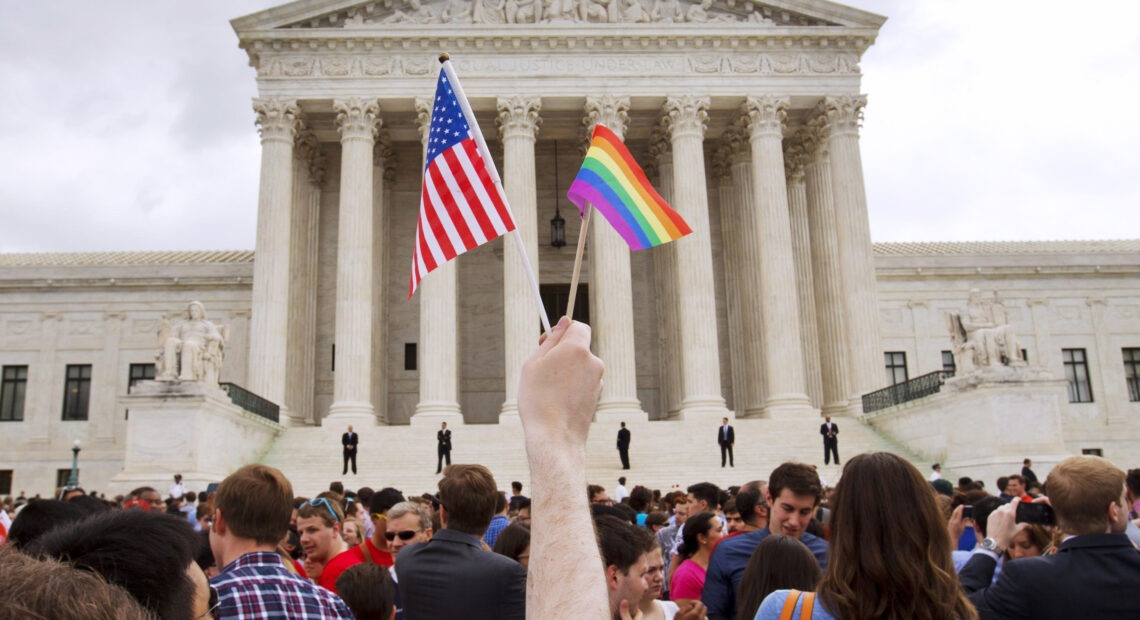 Support for same-sex marriage in the U.S. has reached an all-time high of 70%, according to a poll released by Gallup on Tuesday.

The percentage — the highest since the organization began recording the trend in 1996 — marks a 10% increase since 2015, the same year the U.S. Supreme Court ruled all states must recognize same-sex marriages.

The rise in support stems largely from a majority of Republicans, who for the first time approve of same-sex marriage at 55%, according to Gallup.

The company reports 83% of Democrats, a political bloc that has consistently been the biggest backers of same-sex marriage, indicated support for it this year. Compared to prior reports, Democrats reported the same level of approval for gay and lesbian marriage over the past few years. 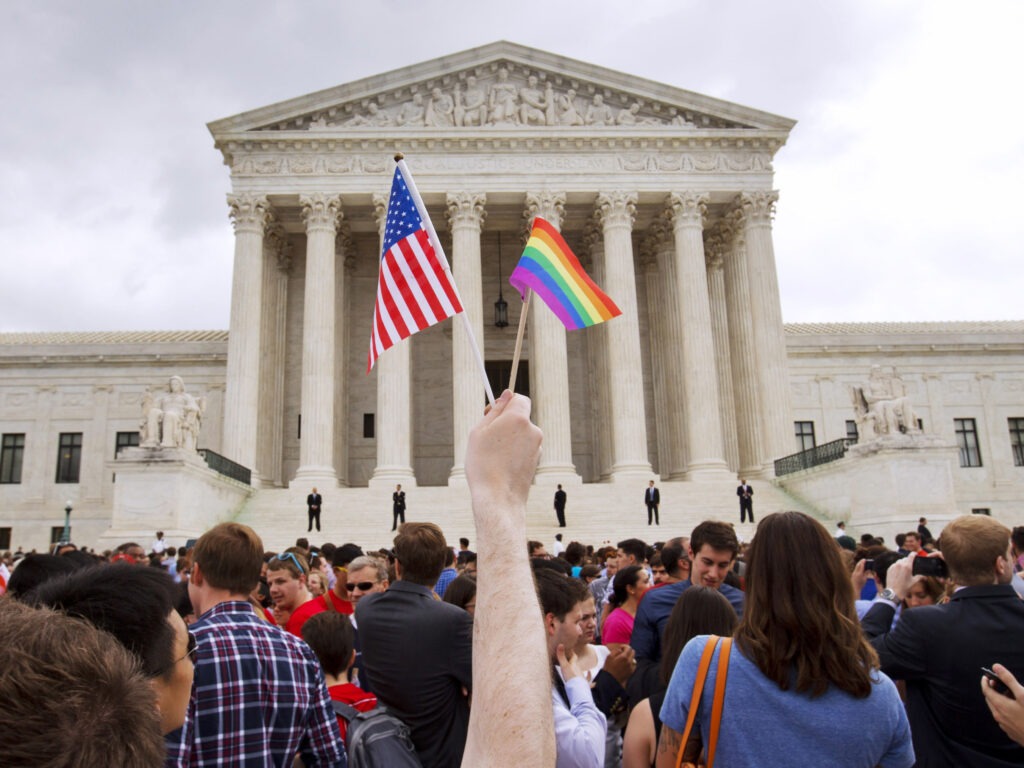 A man holds a U.S. and a rainbow flag outside the Supreme Court in Washington, D.C., on June 26, 2015, after the court legalized gay marriage nationwide. CREDIT: Jacquelyn Martin/AP

Gallup wrote, “This could suggest that support for gay marriage has reached a ceiling for this group, at least for now.”

The company also broke down responses, calculated through a random sample of phone interviews with 1,000 adults, based on age groups. The analysis revealed all age groups are the most supportive they’ve ever been.

When Gallup first began asking this question in 1996, just 27% of Americans endorsed the legal recognition of gay and lesbian marriages. The data comes from Gallup’s annual Values and Beliefs poll, which was conducted last month.