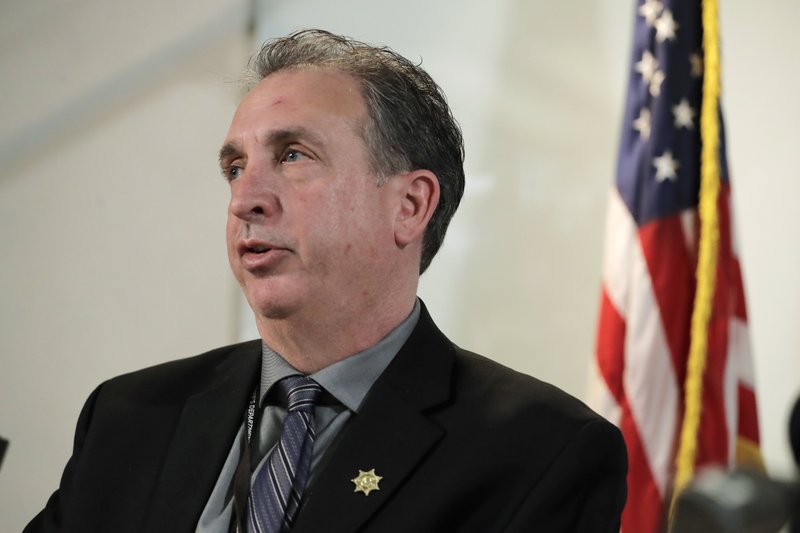 Altheimer’s attorneys, Susan Mindenbergs and Vonda Sargent, did not immediately respond to requests from the newspaper for comment. A copy of the tort claim, which precedes a potential lawsuit, was released by Pierce County after a public-records request.

Witnesses will attest to harm caused by the “racial profiling, false arrest and unnecessary use of excessive force” on Altheimer, “whose only crime was ‘being a black man in a white neighborhood,’ ” the tort claim says.

Troyer, who is white, has denied wrongdoing and says he did not racially profile Altheimer.

On Wednesday, Troyer did not directly address the legal claim. But he told the newspaper in an email that he welcomes a “complete, full and independent investigation” and that he and his office will be “fully cooperative.”

Altheimer, 24, was driving his delivery route Jan. 27 when Troyer started following him in his personal SUV. The two wound up in a 2 a.m. altercation in which Troyer called emergency dispatchers, repeatedly saying Altheimer was threatening to kill him.

That call sparked more than 40 units from various police agencies rushing to the scene. Most were called off after Tacoma police arrived, but Altheimer was “confronted at gun point, removed from his vehicle (and) frisked for weapons all while trying to explain he was at work,” the tort claim states.

Upon questioning by a Tacoma police officer, Troyer walked back his statement that Altheimer threatened him, according to a police report. Troyer has disputed the police report’s account.

Troyer has previously said he started following Altheimer because he believed he was behaving suspiciously near his home.

The incident, which remained unknown to the public until The Seattle Times reported it in March, has led to calls for Troyer’s resignation, and the state Attorney General’s Office has opened a criminal investigation into potential false-reporting charges.

Troyer has said he welcomes those investigations. A 35-year veteran of the Pierce County Sheriff’s Office, he had been the agency’s media spokesperson before being elected as sheriff last year.

Altheimer has worked as a newspaper carrier for Steiner Distribution since 2015, “and is considered a reliable and hard worker,” the tort claim states.