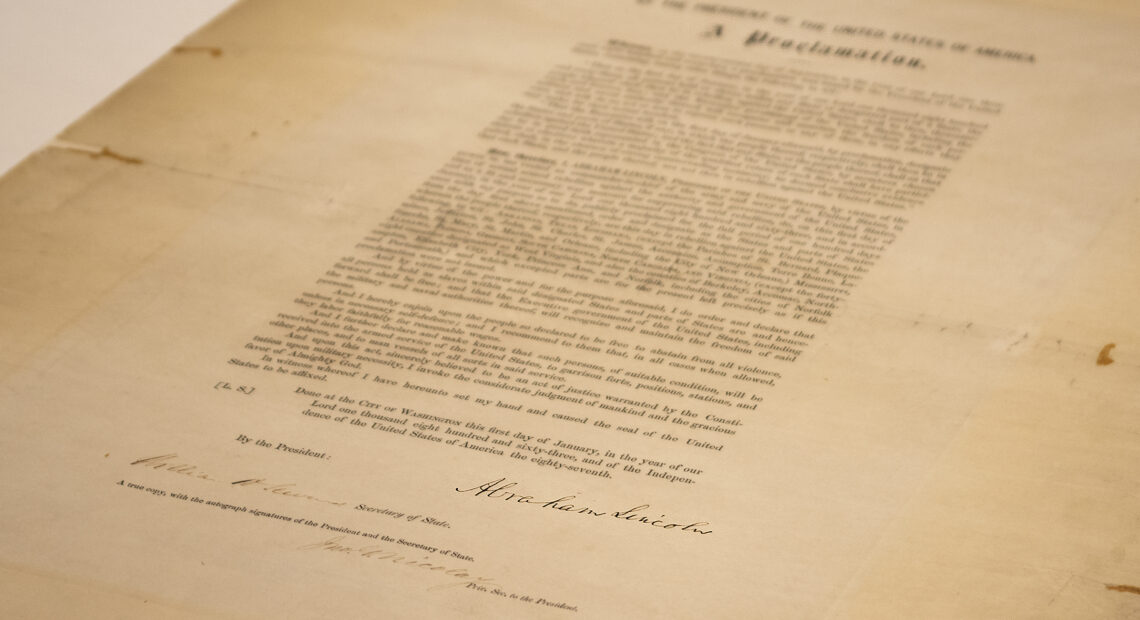 The United States has a new national holiday to celebrate: Juneteenth, marking the day in 1865 — in the aftermath of the Civil War — when U.S. Army troops landed in Galveston, Texas, and informed some of the last enslaved Americans that they were free.

The troops enforced President Abraham Lincoln’s Emancipation Proclamation, which had taken effect in 1863.

The proclamation declared freedom for some enslaved people. 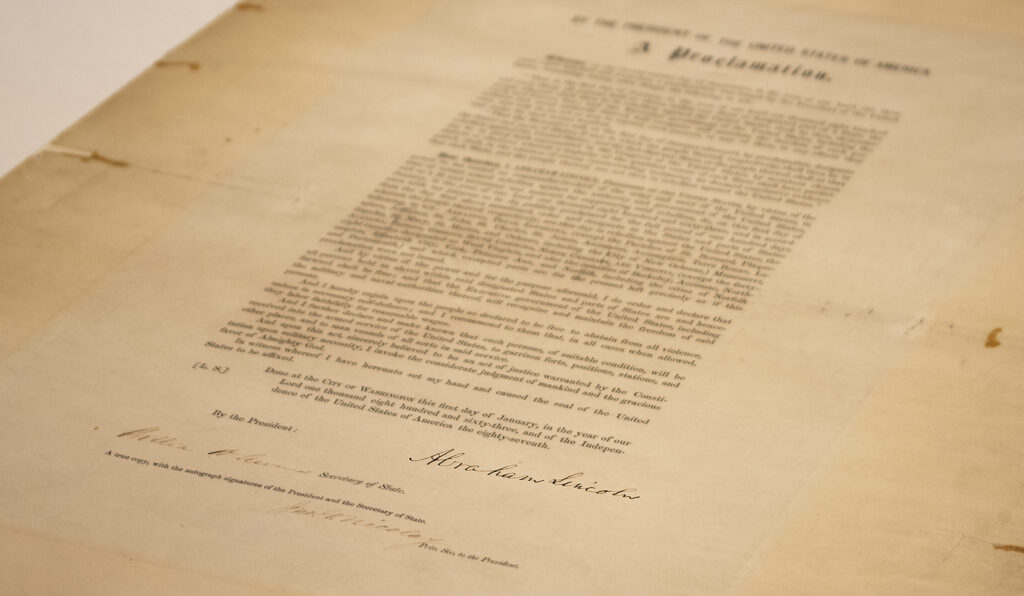 “It freed people who were a part of the Confederacy at the point at which the Emancipation Proclamation took effect,” Kay Wright Lewis, an associate professor of history at Howard University, tells Morning Edition host Noel King.

However, it did not apply to people who were enslaved in areas that the Union Army had conquered or in places that had not seceded but where slavery was legal. Instead of the proclamation being a moral decision, Wright Lewis says, Lincoln’s intent was to scare the South into surrendering.

“What Lincoln is responding to is the fact that enslaved people had already been freeing themselves,” she says. “We know that over at least 500,000 formerly or enslaved people freed themselves running to the union lines, running north during the Civil War. And so the Emancipation Proclamation is sort of putting a period on something, on an effort, on a movement that on the ground has already begun.”

Click on the audio link to hear NPR staff members read — in celebration of the June 19th holiday — the Emancipation Proclamation, and follow along below. 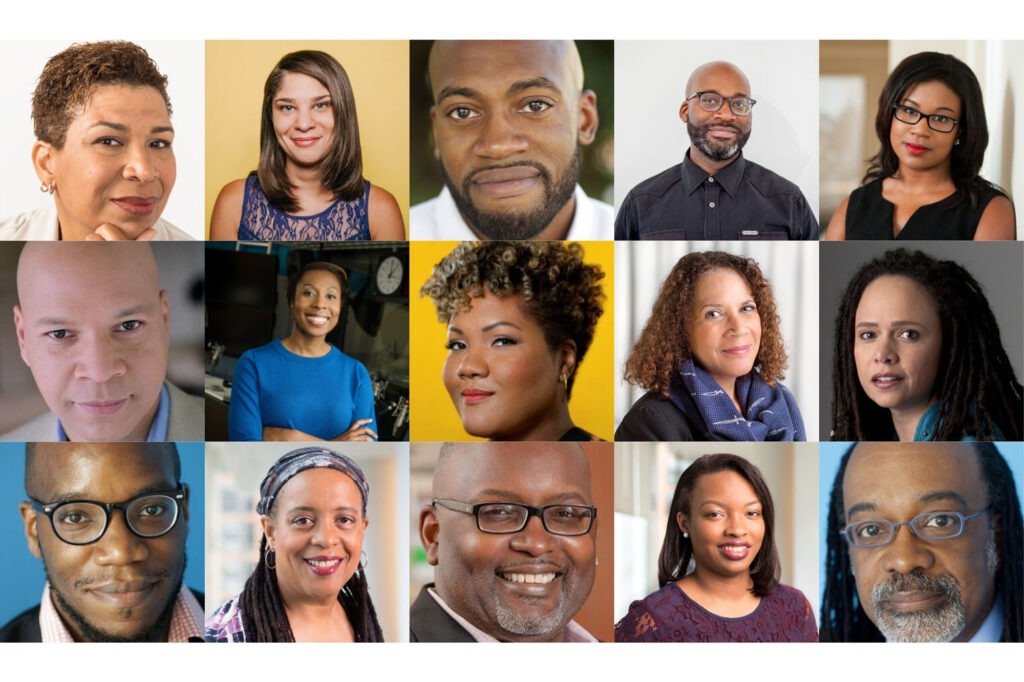 By the President of the United States of America:

Whereas, on the twenty-second day of September, in the year of our Lord one thousand eight hundred and sixty-two, a proclamation was issued by the President of the United States, containing, among other things, the following, to wit:

“That on the first day of January, in the year of our Lord one thousand eight hundred and sixty-three, all persons held as slaves within any State or designated part of a State, the people whereof shall then be in rebellion against the United States, shall be then, thenceforward, and forever free;

and the Executive Government of the United States, including the military and naval authority thereof, will recognize and maintain the freedom of such persons, and will do no act or acts to repress such persons, or any of them, in any efforts they may make for their actual freedom.

“That the Executive will, on the first day of January aforesaid, by proclamation, designate the States and parts of States, if any, in which the people thereof, respectively, shall then be in rebellion against the United States;

and the fact that any State, or the people thereof, shall on that day be, in good faith, represented in the Congress of the United States by members chosen thereto at elections wherein a majority of the qualified voters of such State shall have participated, shall, in the absence of strong countervailing testimony, be deemed conclusive evidence that such State, and the people thereof, are not then in rebellion against the United States.”

do, on this first day of January, in the year of our Lord one thousand eight hundred and sixty-three, and in accordance with my purpose so to do publicly proclaimed for the full period of one hundred days, from the day first above mentioned, order and designate as the States and parts of States wherein the people thereof respectively, are this day in rebellion against the United States, the following, to wit:

Florida, Georgia, South Carolina, North Carolina, and Virginia, (except the forty-eight counties designated as West Virginia, and also the counties of Berkley, Accomac, Northampton, Elizabeth City, York, Princess Ann, and Norfolk, including the cities of Norfolk and Portsmouth[)], and which excepted parts, are for the present, left precisely as if this proclamation were not issued.

And by virtue of the power, and for the purpose aforesaid, I do order and declare that all persons held as slaves within said designated States, and parts of States, are, and henceforward shall be free;

and that the Executive government of the United States, including the military and naval authorities thereof, will recognize and maintain the freedom of said persons.

And I hereby enjoin upon the people so declared to be free to abstain from all violence, unless in necessary self-defence; and I recommend to them that, in all cases when allowed, they labor faithfully for reasonable wages.

And I further declare and make known, that such persons of suitable condition, will be received into the armed service of the United States to garrison forts, positions, stations, and other places, and to man vessels of all sorts in said service.

And upon this act, sincerely believed to be an act of justice, warranted by the Constitution, upon military necessity, I invoke the considerate judgment of mankind, and the gracious favor of Almighty God.

In witness whereof, I have hereunto set my hand and caused the seal of the United States to be affixed.

Done at the City of Washington, this first day of January, in the year of our Lord one thousand eight hundred and sixty three, and of the Independence of the United States of America the eighty-seventh.

By the President: Abraham Lincoln