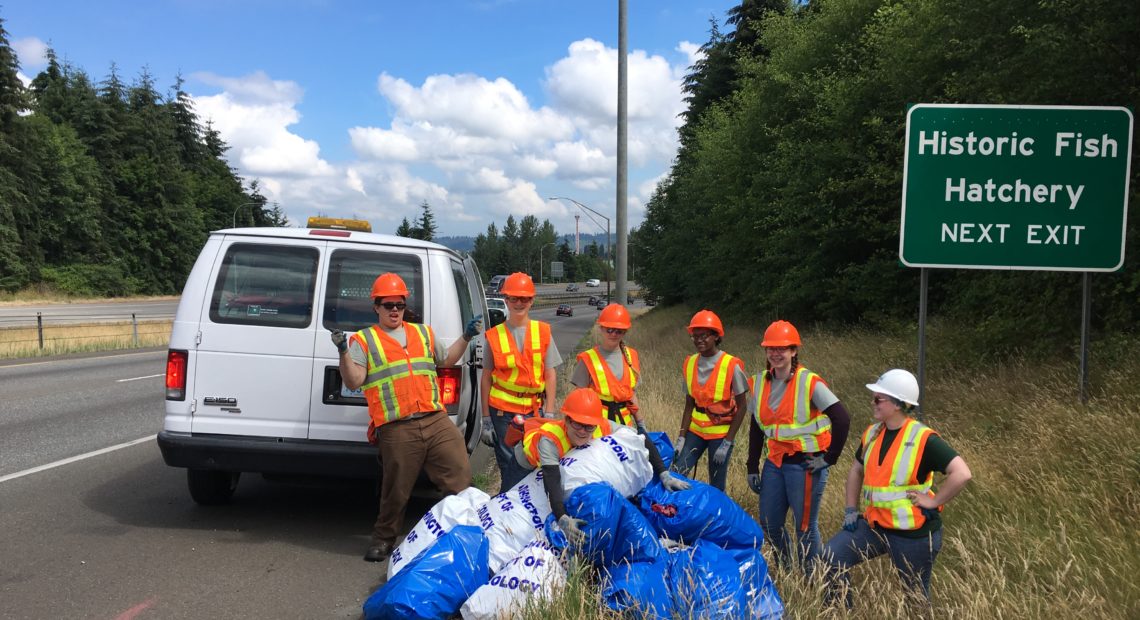 We’ve all probably seen it: a vehicle driving down the highway with boxes and tools and furniture jammed into the back of bed. A chunk of something might fly out at any moment. It hasn’t been properly tied down.

These types of unsecured loads can be dangerous, causing crashes or injuring motorcyclists. The litter that flies out can also clutter the sides of Northwest highways. This June, the Washington State Patrol is conducting emphasis patrols to educate drivers on how to properly secure their loads.

“We spend a lot of time responding to calls of items and debris in the roadway,” said Darren Wright, public information officer with WSP. “We try to get there to get those removed so it doesn’t cause a crash, which also puts our troopers and other people in danger from having to get out there and remove that item. It is an ongoing problem.”

An ongoing problem that the Washington Department of Ecology is hoping to solve with the first phase of the We Keep Washington Litter Free campaign.

Stuff flying out of truck beds can cause up to 300 crashes per year in Washington. It accounts for at least 40% of roadside litter. Cleaning up litter can also be expensive, says Amber Smith, the department’s statewide litter prevention coordinator. Ecology spends around $4.5 million per year, and the Department of Transportation spends about $4 million per year cleaning up roads and highways.

“We collect more than 4.5 million pounds of litter a year, but that’s just a small fraction of the litter that ends up on our roadways,” Smith said. “A lot of things that we see obviously fell from an unsecured load, not just the trash and recycling that can blow or fly out, which is a huge concern, but also larger items like barbecues, couch cushions, appliances, bikes. You name it.” 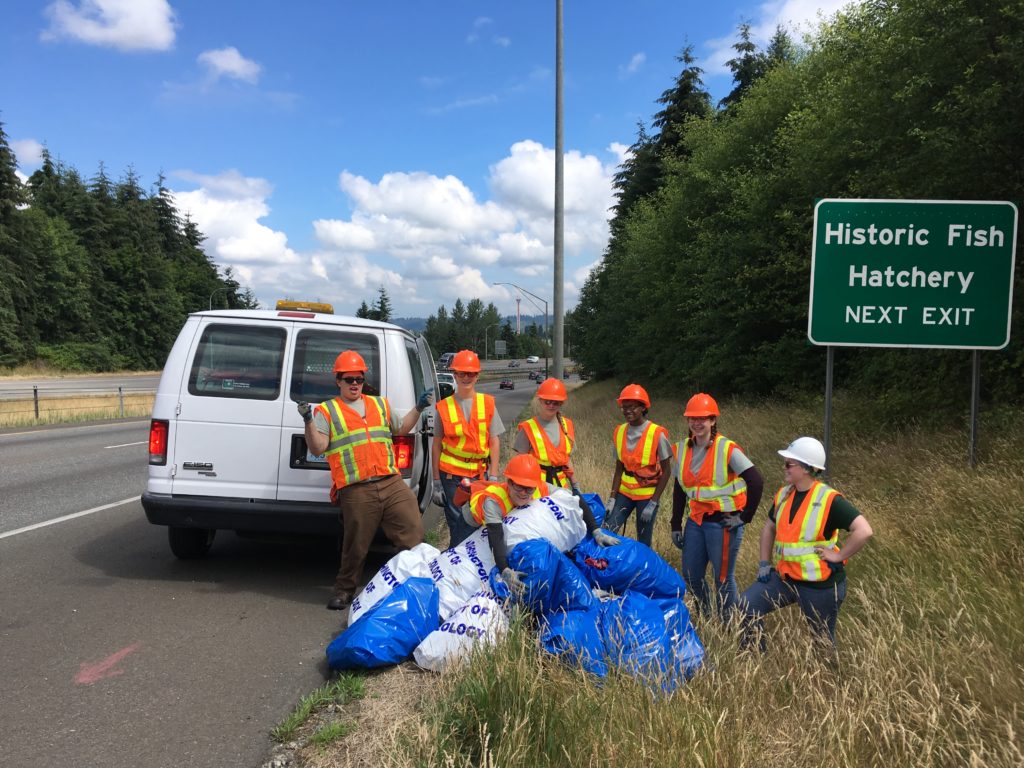 File photo. Washington high school students didn’t get the chance to get job skills in outdoor litter crews in summer 2020 due to the coronavirus pandemic. But the Dept. of Ecology hired adults for the crews. CREDIT: WA Dept. of Ecology

The litter campaign comes after a year of hiring freezes and social-distancing rules made it hard for department litter crews to pick up roadside trash like usual. Other litter-cleaning state agencies and local jurisdictions faced similar problems, Smith said.

“Washington has had a litter problem for a number of years, but COVID really uncovered that problem and made it much more visible,” she said.

That led to a higher number of complaints about litter on roadways in 2020, she said.

This year, crews are made up of two to three people with about 18 crews out on roadways every day, she said. The Ecology Youth Corps crews are filling 100 to 150 bags of trash each day.

Another way to prevent litter from your truck bed, Smith says, is to carry a litter bag in your car. That way, you can collect the tiny scraps of trash and fast food waste that can also fly out and onto roadsides.

The survey found people who more often drive with unsecured loads tend to be males who drive pickup trucks, are 18 to 44 years old, and have one or no children. Some people were using their trucks for commercial purposes, as small contractors, Smith said.

The department is piloting a cargo net program that will help secure loads in Kitsap, Klickitat, Grant and Ferry counties.

Failing to secure a load can lead to a $231 ticket. If something falls out of the vehicle, fines range from $50 to $5,000. If people are hurt or property is damaged, it could lead to jail time.

The state Dept. of Ecology will bring the student crews back next summer. But the agency will will hire more adult crews, ages 18 and up, to pick up litter. There won’t be as many openings as with youth workers because the adults will work longer than three weeks.
Continue Reading Washington High Schoolers Won’t Get Litter Crew Jobs This Summer — But Adults Can Apply