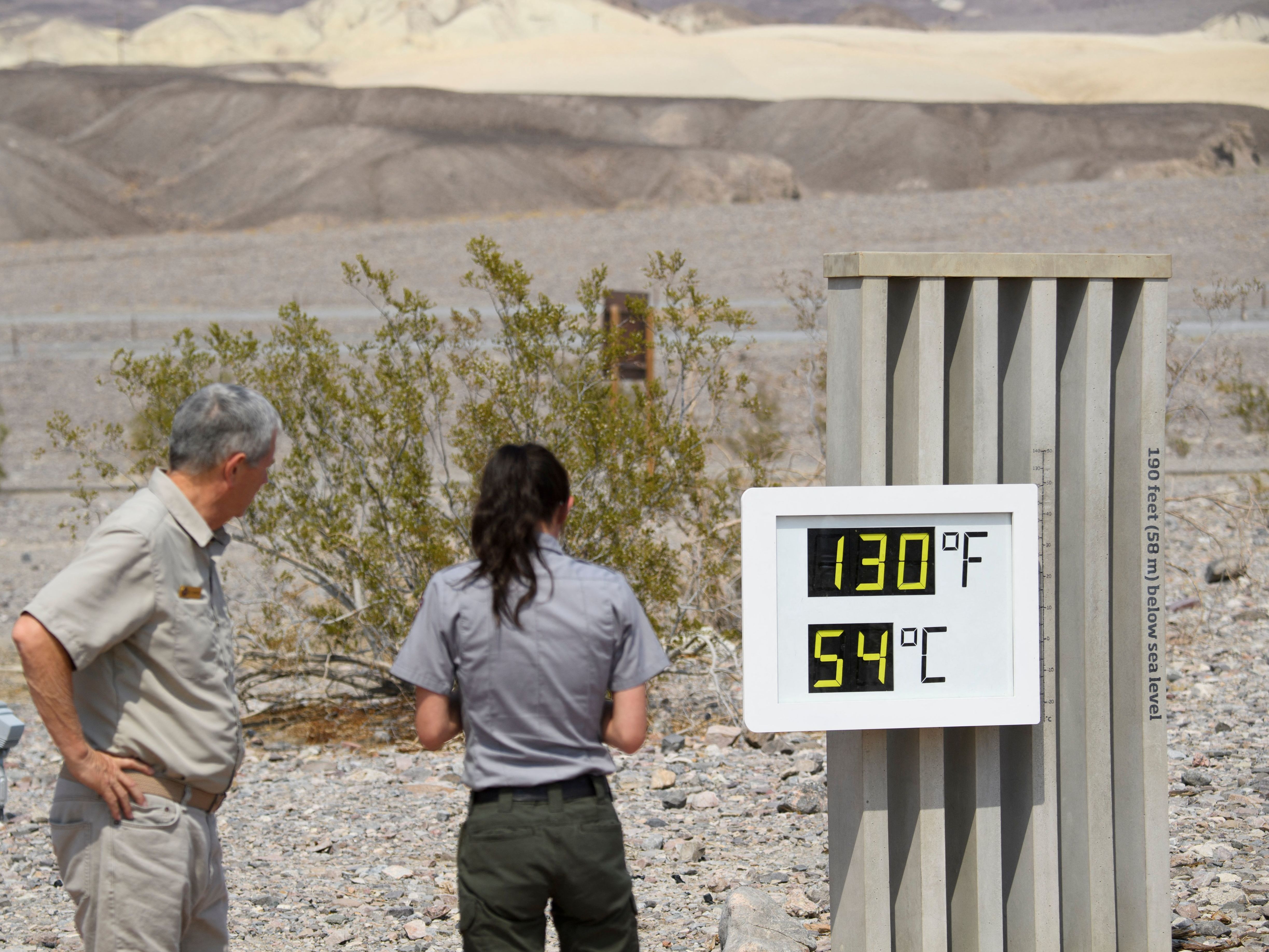 It might be tempting to shrug at the scorching weather across large swaths of the West. This just in: It gets hot in the summer.

But this record-setting heat wave’s remarkable power, size and unusually early appearance is giving meteorologists and climate experts yet more cause for concern about the routinization of extreme weather in an era of climate change.

“It’s not only unusual for June, but it is pretty extreme even in absolute terms,” says Daniel Swain, climate scientist at the UCLA Institute of the Environment and Sustainability. “It would be a pretty extreme event for August,” Swain says, when these typically occur.

From the Great Plains to the coast, cities are setting record temps

This heat dome’s reach is remarkable, too: It has set record highs stretching from the Great Plains to coastal California. And these aren’t just records for that specific date or month, but in a few spots, they are records for the singularly hottest day in the entire period of record, sometimes stretching back 100 to 150 years. “That’s a pretty big deal,” Swain says.

“It’s unusual in that it’s more intense in terms of the maximum temperature,” says Alison Bridger, a professor in the Meteorology and Climate Science department at San Jose State University. “And how widespread the impact is.”

Visitors feel the heat in California’s Death Valley earlier this week. This record-setting heat wave’s remarkable power, reach and unusually early appearance is giving meteorologists yet more cause for concern about extreme weather in an era of climate change.
CREDIT: Patrick T. Fallon/AFP via Getty Images

Las Vegas set a daily record of 114 degrees. Phoenix reached a record 118 degrees, the earliest the city has hit that high a mark. It broke the previous record of 114 set in 2015.

Denver this week hit 100 for three straight days, the earliest date of such a streak on record, tweeted meteorologist Bob Henson. He noted that all of the 100-degree streaks in Denver’s 150 years of climate record keeping have occurred in the last three decades.

The “heat dome” is making droughts even worse

It’s also coinciding with and worsening record drought across big parts of the West. These two things, Daniel Swain says, are now making each other worse.

“The drought is leading to extremely low soil moisture, which is making it easier for these high pressure systems to generate extreme heat waves because more of the sun’s energy is going into heating the atmosphere rather than evaporating nonexistent water in the soil.”

And that is only making things hotter and drier.

“That’s sort of the vicious cycle of drought and extreme heat in a warming climate,” he says.

The excessive heat and widening drought continues to elevate wildfire risk across much of the West. New federal data show that the number of new wildfires in the U.S. so far this year is at a 10-year high, signaling a long, potentially dangerous summer and fall for wildfires.

Experts say this current heat dome is yet more evidence of the impact of human-caused climate change.

Bridger at San Jose State says while that is most likely the case, “it takes a lot of work to figure that out. A lot of hard scientific work in order to be statistically sure that it’s associated with climate change,” she says.

Others are more certain.

And the answer is almost always the same, he says: “There’s a crystal clear human fingerprint on extreme heat and extreme heat events … climate change is making these sorts of things worse.”

And what was historically rare is now becoming almost commonplace: Forecasters say there’s a chance of yet another heat wave of similar magnitude in the West about 10 days from now.

“That sounds crazy, except that last summer we saw like three to five of these, you know, ‘unprecedented events’ in different regions of the West,” Swain points out.