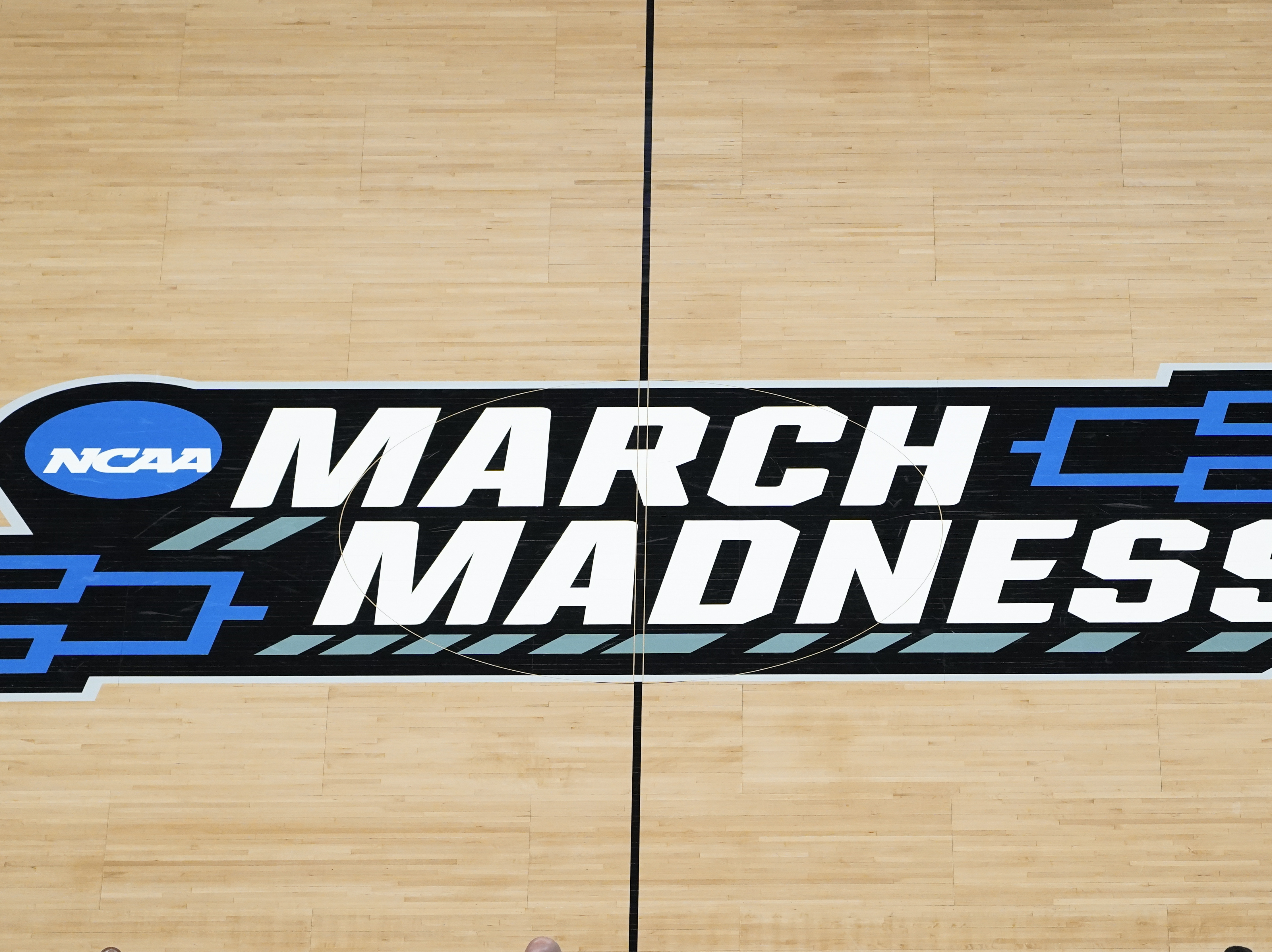 The Supreme Court Sides With NCAA Athletes In A Narrow Ruling

Faced with the prospect of reshaping college athletics, the U.S. Supreme Court issued a narrow but potentially transformative ruling Monday in a case that pitted college athletes against the NCAA.

At issue in the case were NCAA rules that limit educational benefits for college players as part of their scholarships.

The athletes maintained that the NCAA has, in effect, been operating a system that is a classic restraint of competition — in short, a system that violates the nation’s antitrust laws. The NCAA countered that its rules are largely exempt from antitrust laws because they are aimed at preserving amateurism in college sports and because the rules “widen choices for consumers by distinguishing college sports from professional sports.”

On Monday, however, a unanimous court ruled that the NCAA rules are not reasonably necessary to distinguish between college and professional sports.

The March Madness logo on the court during a men’s college basketball game during the NCAA tournament in Indianapolis. The Supreme Court has eroded the difference between elite college athletes and professional sports stars. CREDIT: Paul Sancya/AP

The NCAA “seeks immunity from the normal operation of the antitrust laws,” Justice Neil Gorsuch wrote for the court. But he added the court declines this request because “this suit involves admitted horizontal price fixing in a market where the defendants exercise monopoly control.”

Gorsuch acknowledged that “some will see this as a poor substitute for fuller relief.”

But in a concurring opinion, Justice Brett Kavanaugh accused the NCAA of “price fixing.”

“The NCAA’s business model would be flatly illegal in almost any other industry in America,” he wrote. “All of the restaurants in a region cannot come together to cut cooks’ wages on the theory that ‘customers prefer’ to eat food from low-paid cooks. Law firms cannot conspire to cabin lawyers’ salaries in the name of providing legal services out of a ‘love of the law.’ Hospitals cannot agree to cap nurses’ income in order to create a ‘purer’ form of helping the sick. News organizations cannot join forces to curtail pay to reporters to preserve a ‘tradition’ of public-minded journalism. Movie studios cannot collude to slash benefits to camera crews to kindle a ‘spirit of amateurism’ in Hollywood. Price-fixing labor is price-fixing labor. And price-fixing labor is ordinarily a textbook antitrust problem because it extinguishes the free market in which individuals can otherwise obtain fair compensation for their work.”

Amy Perko, CEO of the independent Knight Commission on Intercollegiate Athletics, notes that having the conferences each establish their own limits on educational compensation would mean there would be competition among the conferences, and an athlete who doesn’t like the benefits offered in one conference might sign up with a school in a different one.

Monday’s decision is narrow, she said, but it could be “transformative” in collegiate athletics. And the kinds of educational benefits that might be allowed could also be transformative. They include not just academic scholarships but also scholarships for graduate school, paid internships and the elimination of caps on disability insurance so that injured athletes are guaranteed income in the future if they suffer a career-ending injury before being able to play professionally.

College football and basketball are in a world of trouble these days, with athletes viewed as exploited at the same time schools pay millions of dollars to coaches and spend hundreds of millions on palatial training centers, arenas and stadiums.

Although many NCAA rules were not an issue in this case, they are increasingly an issue for the public. Take, for instance, the NCAA rules that bar athletes from earning money from their “name, image and likeness.” The NIL, as it is known, has become so unpopular that in the majority of states, legislatures either are considering or have already passed laws that ban these NIL restrictions. Indeed, in five states, those laws will go into effect July 1.

Behind the scenes in Congress, the NCAA has been scrambling to come up with a consensus on legislation that would allow athletes to control, or at least make money off their own names, images and likenesses.

Perko said she believes that change alone will “transform” college athletics, and not just for players who are big stars. “In the modern world we live in, and that these young people live in,” she observes, lesser athletes will be able to “monetize” their names via social media.

In a statement, Jeffrey Kessler , lead counsel for the athletes, called the court’s decision “historic,” saying it could have a meaningful impact on those athletes who will never join the pros.

“Hopefully, it will also swing the doors open to further change, so that we can finally see a fair and competitive compensation system in which these incredible players get to benefit from the economic fruits of their labors and pursue their educational objectives,” he said. “Only then will the NCAA truthfully be able to say it is devoted to the welfare of the student athletes.”

While today’s decision preserves the lower court ruling, it also reaffirms the NCAA’s authority to adopt reasonable rules and repeatedly notes that the NCAA remains free to articulate what are and are not truly educational benefits, consistent with the NCAA’s mission to support student-athletes.

“Even though the decision does not directly address name, image and likeness, the NCAA remains committed to supporting NIL benefits for student-athletes,” said NCAA President Mark Emmert in a statement. “Additionally, we remain committed to working with Congress to chart a path forward, which is a point the Supreme Court expressly stated in its ruling.”