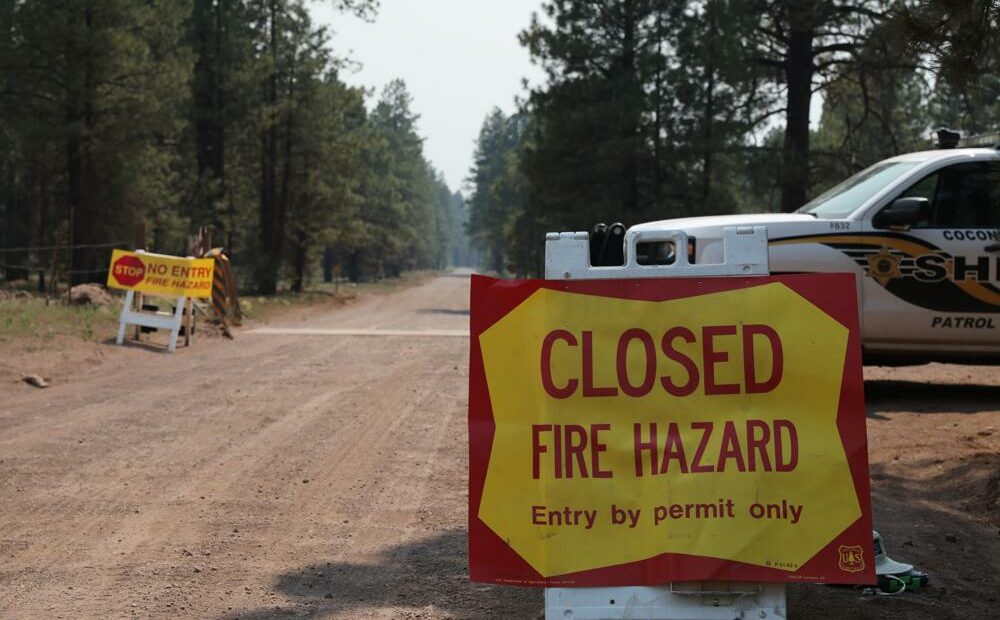 U.S. wildfire officials expecting increased fire activity and more demand for firefighters and equipment have raised the national preparedness to level 4 — which is unusual for June.

The National Interagency Fire Center said Tuesday that it’s the second earliest it reached what it calls preparedness level 4 on the 1-5 scale since 1990. It’s also only the fourth time in the last 20 years that it has reached the level 4 in June.

More than 8,700 wildland firefighters across the U.S. are currently battling 47 large wildfires that have burned more than 800 square miles (2,070 square kilometers), officials said. Arizona had 14 of those fires, followed by California with seven.

Officials said there have been more than 29,000 wildfires so far this year, about 4,000 more than the 10-year average. 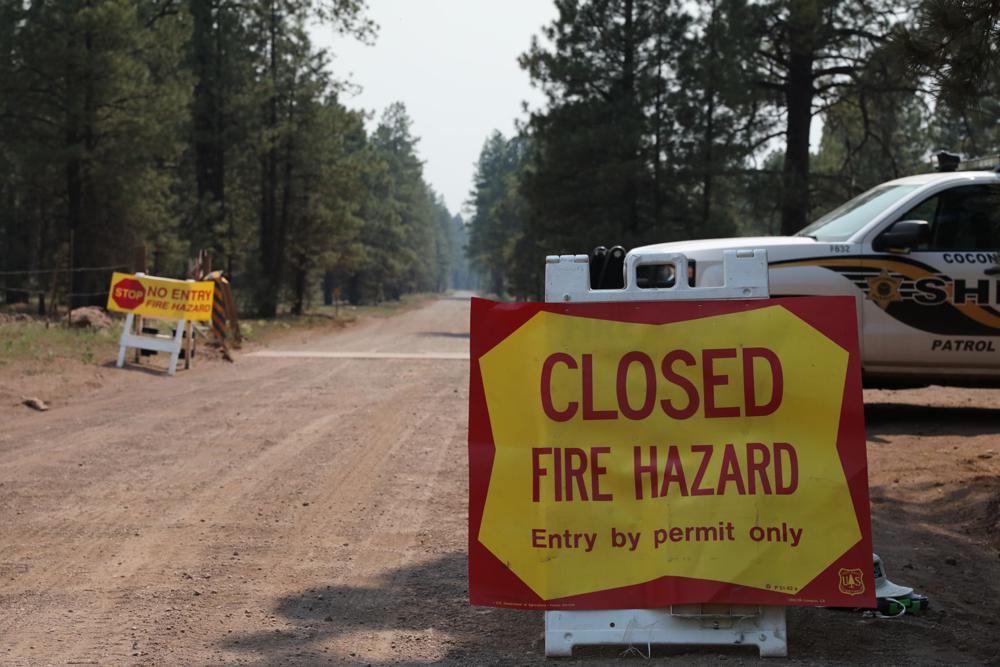 The Coconino County Sheriff’s Office blocks off a U.S. Forest Service Road outside of Flagstaff, Ariz., on Monday, June 21, 2021. Dozens of wildfires were burning in hot, dry conditions across the U.S. West, including a blaze touched off by lightning that was moving toward northern Arizona’s largest city. CREDIT: Brady Wheeler/Arizona Daily Sun via AP

“We are seeing fire behavior as if it were in the middle to late August instead of still June,” said Jessica Gardetto, a fire center spokeswoman with the U.S. Bureau of Land Management.

Most wildfires are quickly put out by firefighters stationed in the areas where they are posted before they grow to sizes that require assistance from firefighters from other states. However, wildfire officials have said much of the U.S. West is immersed in a drought that will likely make putting out fires more challenging for firefighters — a primary reason for bumping the risk level to level 4.

“We are planning for a lot of large fire activity throughout the West, though we’re not there yet,” Gardetto said.

She said another potential problem for fire managers is that federal agencies are competing to recruit new firefighters who can find better-paying jobs elsewhere in the current economy.

“There’s not technically a shortage of firefighters because we always overprepare,” Gardetto said, “but it’s a concern right now.”

More than 80% of wildfires annually are started by people, often while enjoying outdoor activities or using fireworks.

“This is that time of year when we see a lot of human-caused fires, and that really does not help the situation,” Gardetto said. “Firefighters could use some help right now.”