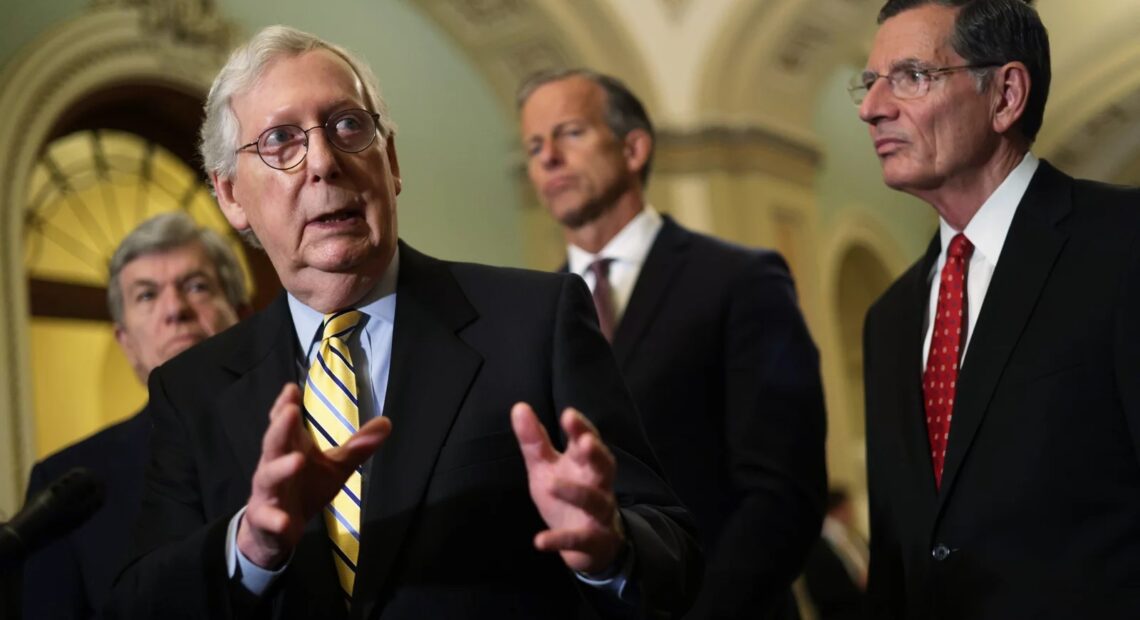 Tuesday evening’s procedural vote to bring up the legislation, called the For the People Act, needed 60 votes to open floor debate but received 50. In the evenly divided chamber, all Senate Democrats backed it, but all Senate Republicans voted no.

Republican lawmakers have rebuked the sweeping bill, while Democrats argue it is a necessary counterweight to restrictive voting measures red states are imposing. 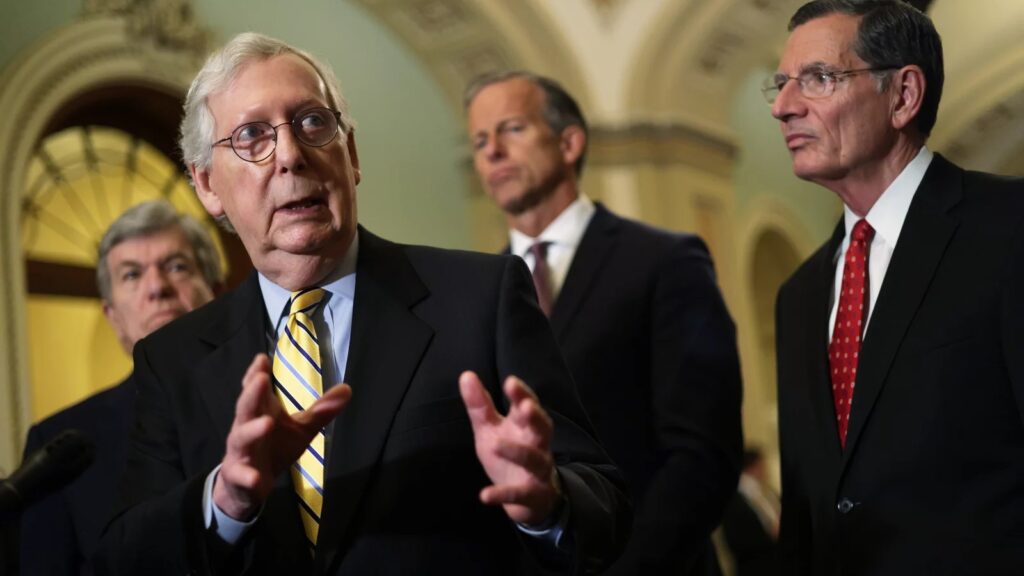 “All we want to do here is debate [the legislation],” he said. “That’s what we’re asking for here — just to debate these things, and [Republicans] won’t even do that because they’re so afraid of what that debate will show.”

After the procedural blockade, Schumer said the vote “was the starting gun, not the finish line” on voting rights.

Ahead of the vote, Senate Minority Leader Mitch McConnell, R-Ky., had vowed to “put an end” to the legislation.

“Look, what this is really about is an effort for the federal government to take over the way we conduct elections in this country,” he told reporters Tuesday afternoon, pushing back on the claims that GOP-led states are enacting new laws that suppress access to the ballot. “It is a solution in search of a problem.”

The proposed bill would expand voter registration options, along with vote-by-mail and early voting options, and includes provisions related to election security. It aims to tackle campaign finance concerns by requiring additional disclosures of fundraising and expanding the prohibition on campaign spending by foreign nationals.

House Democrats passed the legislation by a 220-210 vote in March, but the measure’s fate in the Senate was always in question, given that Democrats need at least 10 Republicans to support it to overcome a filibuster and bring the bill to a vote.

In a statement Tuesday evening, President Biden decried that “a Democratic stand to protect our democracy met a solid Republican wall of opposition.”

West Virginia Democrat Joe Manchin voted yes on the motion to proceed, a vote that was not always a guarantee.

Manchin had previously said he opposes the For the People Act, because it doesn’t have bipartisan support, choosing instead to support a narrower bill named after the late civil rights icon John Lewis.

In the proposal fact sheet, Manchin reiterated his calls for bipartisanship.

“Congressional action on federal voting rights legislation must be the result of both Democrats and Republicans coming together to find a pathway forward or we risk further dividing and destroying the republic we swore to protect and defend as elected officials,” the proposal said.

In a statement ahead of the procedural vote Tuesday, Manchin said he planned to vote yes to debate the updated voting legislation after finding “common ground with my Democratic colleagues on a new version of the bill that ensures our elections are fair, accessible and secure.”

“These reasonable changes have moved the bill forward and to a place worthy of debate on the Senate floor,” he said. “This process would allow both Republicans and Democrats to offer amendments to further change the bill. Unfortunately, my Republican colleagues refused to allow debate of this legislation despite the reasonable changes made to focus the bill on the core issues facing our democracy.”

White House press secretary Jen Psaki told reporters Monday she didn’t “expect there to be magical 10 votes” coming from Republicans to advance the legislation on Tuesday.

But she emphasized the importance of having a united Democratic front on the issue, nodding at Manchin’s vote to proceed. “Just two weeks ago, there were questions about whether Democrats would be aligned,” Psaki said.

“It’s important to remember that this has been a 60-year battle to make voting more accessible, more available to Americans across the country, and our effort, the president’s effort, to continue that fight doesn’t stop tomorrow at all,” Psaki said Monday. “This will be a fight of his presidency.”

She said in addition to federal legislative efforts, there’s “work to do” with voting groups and to “empower and engage [state] legislatures” and noted that Vice President Harris will be in charge of this effort moving forward.

Does this mean anything for the filibuster?

Psaki said Monday that if the procedural vote were unsuccessful, “we suspect it will prompt a new conversation about the path forward.”

That path forward will likely include renewed discussions on abolishing the legislative filibuster, which prevents a whole host of Democratic priorities from getting a vote.

“The president has spoken to his support for a ‘talking filibuster’ in the past, and at times, other members have as well,” Psaki said.

A “talking filibuster” would make it necessary for senators who want to hold up legislation to hold the Senate floor and speak.

Eliminating the filibuster means changing Senate rules. It would require the support of all 50 Democrats, and at least Manchin and Sen. Kyrsten Sinema of Arizona have repeatedly indicated their opposition to doing so.

“Do they want a functional responsive democracy or do they want a filibuster, because they cannot have both,” Easton told reporters in a press call ahead of the vote.

“This is no longer an abstract conversation,” Easton said, citing campaign promises Democrats made to voters that will be impossible to deliver with the existing filibuster in place.

Eli Zupnick, a spokesman for Fix Our Senate, argued senators who oppose eliminating the filibuster will ultimately have to defend their choice to constituents who wanted to see more legislative action.