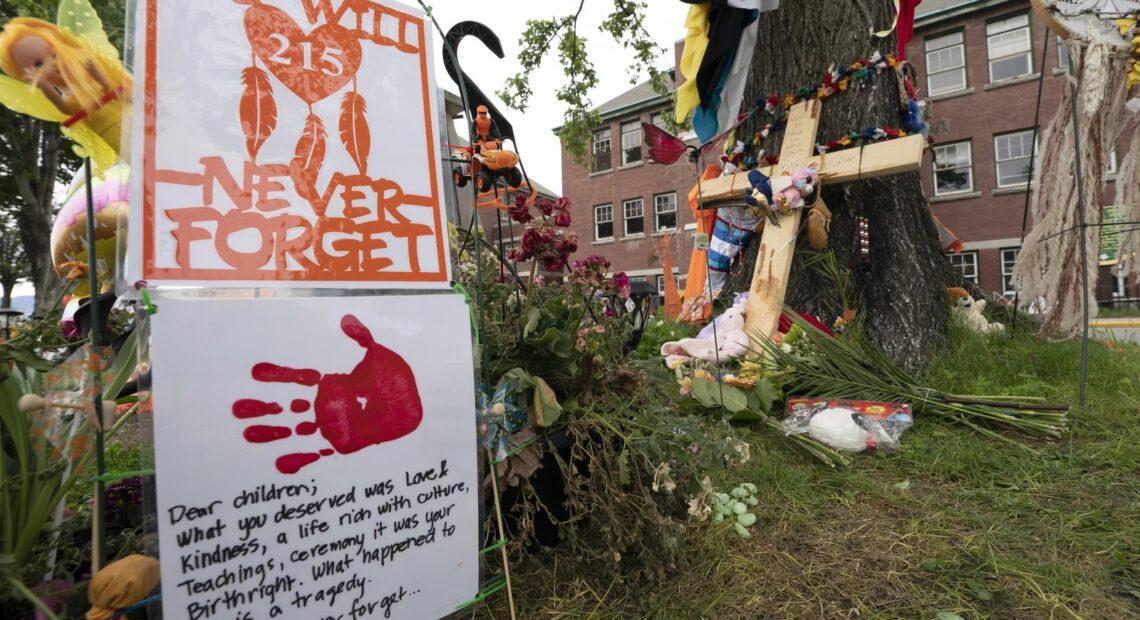 Leaders of Indigenous groups in Canada said Thursday investigators have found hundreds of unmarked graves at the site of a former residential school for Indigenous children — a discovery that follows last month’s report of 215 bodies found at another school.

The bodies were discovered at the Marieval Indian Residential School, which operated from 1899 to 1997 where the Cowessess First Nation is now located, about 85 miles (135 kilometers) east of Regina, the capital of Saskatchewan.

A search with ground-penetrating radar resulted in 751 ”hits,” indicating that at least 600 bodies were buried in the area, said Chief Cadmus Delorme of the Cowessess. The radar operators have said their results could have a margin of error of 10%. 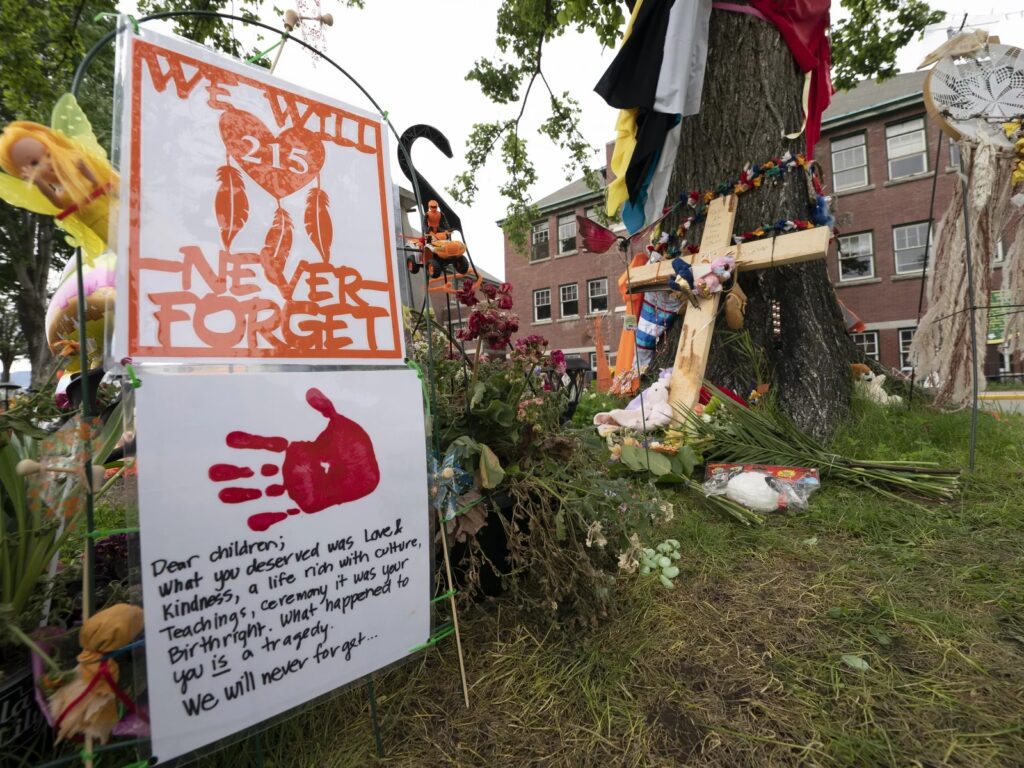 A memorial stands outside the Residential School in Kamloops, British Columbia. The remains of 215 children were discovered buried near the former Kamloops Indian Residential School earlier this month. CREDIT: Jonathan Hayward/The Canadian Press via AP

“We want to make sure when we tell our story that we’re not trying to make numbers sound bigger than they are,” Delorme said. “I like to say over 600, just to be assured.”

He said the search continues and the radar hits will be assessed by a technical team and the numbers will be verified in coming weeks.

Delmore said that the graves were marked at one time, but that the Roman Catholic Church that operated the school had removed the markers.

“The Pope needs to apologize for what happened,” he said. “An apology is one stage in the way of a healing journey.”

“This was a crime against humanity, an assault on First Nations,” said Chief Bobby Cameron of the Federation of Sovereign Indigenous First Nations in Saskatchewan. He said he expects more graves will be found on residential school grounds across Canada.

“We will not stop until we find all the bodies,” he said.

Last month the remains of 215 children, some as young as 3 years old, were found buried on the site of what was once Canada’s largest Indigenous residential school near Kamloops, British Columbia.

Following that discovery, Pope Francis expressed his pain over the discovery and pressed religious and political authorities to shed light on “this sad affair.” But he didn’t offer the apology sought by First Nations and by the Canadian government.

From the 19th century until the 1970s, more than 150,000 Indigenous children were forced to attend state-funded Christian schools, the majority of them run by Roman Catholic missionary congregations, in a campaign to assimilate them into Canadian society.

The Canadian government has admitted that physical and sexual abuse was rampant in the schools, with students beaten for speaking their native languages.