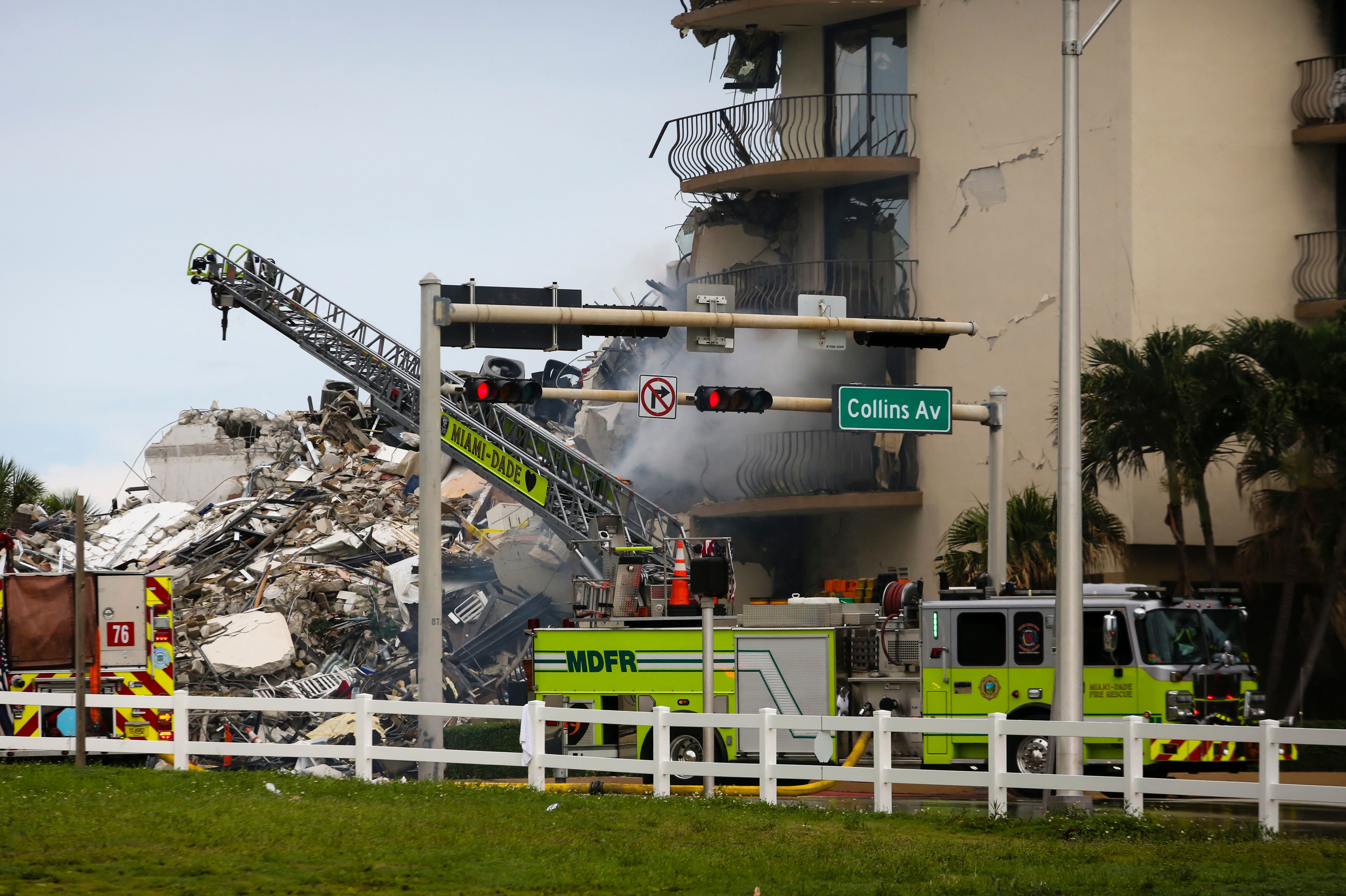 As search and rescue operations continue, questions abound as to why the Champlain Towers South complex near Miami, only 40 years old, partially collapsed on Thursday.

“But there’s roof work being done on buildings all the time, and it’s hard to imagine that that could have been the impetus for such a catastrophic collapse — I’m sure that it probably wasn’t,” he said.

Burkett added the building, which housed more than 136 units, “is not really an older building.”

“There’s no reason for this building to go down like that unless someone literally pulls out the supports from underneath, or they get washed out, or there’s a sinkhole or something like that because it just went down.”

In an interview with NBC’s Today show, Burkett noted the building appears to have “pancaked,” which can happen when one floor can’t support the floor above it and the floors collapse on top of each other.

The Miami-Dade Police Department is expected to conduct a full investigation once the search and rescue operation has concluded.

Here’s what we know about the building at this point.

The Champlain Towers South Condo, which consists of three towers, was built in 1981 by a group of developers, including the late Nathan Reiber. Daniel Ciraldo, executive director of the Miami Design Preservation League, told the Miami Herald it was the first project to be built in the town after the county put a moratorium on new developments during the 1970s.

The Miami-Dade County building code requires that most multifamily buildings undergo a 40-year recertification process, prepared by a registered engineer or architect to certify “each building or structure is structurally and electrically safe for the specified use for continued occupancy,” according to the standard notice sent by the county.

Kenneth Direktor, an attorney for Becker, a law firm that has worked for the condo association for about five years, told the Herald the complex had already hired an engineer for the recertification process.

“They were well into the review with the engineer about the project,” Direktor said.

During a press conference Thursday, Miami-Dade County Mayor Daniella Levine Cava said the collapse was a “structural engineering question.” She has said that authorities have not found evidence of foul play.

A possible weakening of concrete

Greg Batista, an engineer who specializes in concrete repair projects, told the Herald he suspects concrete spalling, a process whereby saltwater seeps into concrete and ultimately causes support beams to rust, expand and weaken, to be a factor in the building’s collapse.

“If you have one column subjected to spalling, the No. 1 suspect here, it could fail,” Batista told the paper. “That one beam could bring down the whole building like a domino effect.”

Was the building sinking over time?

An April 2020 study by Florida International University professor Shimon Wdowinski and University of Padua professor Simone Fiaschi found that the area where the building collapsed showed signs of land subsidence. That’s a term use to describe settling or sinking of the Earth’s surface, and it has a variety of causes.

The study noted that areas with subsidence are increasingly likely to experience serious effects of rising sea levels.

Wdowinski and Fiaschi found that in the 1990s, Miami Beach experienced subsidence at the rate of 1 to 3 millimeters per year, which the former said could add up to a few inches of over the course of a decade.

But according to a press release from the university, Wdowinski said land subsidence would not be the sole cause of the building’s collapse.

“When we measure subsidence or when we see movement of the buildings, it’s worth checking why it happens,” Wdowinski said. “We cannot say what is the reason for that from the satellite images but we can say there was movement here.”