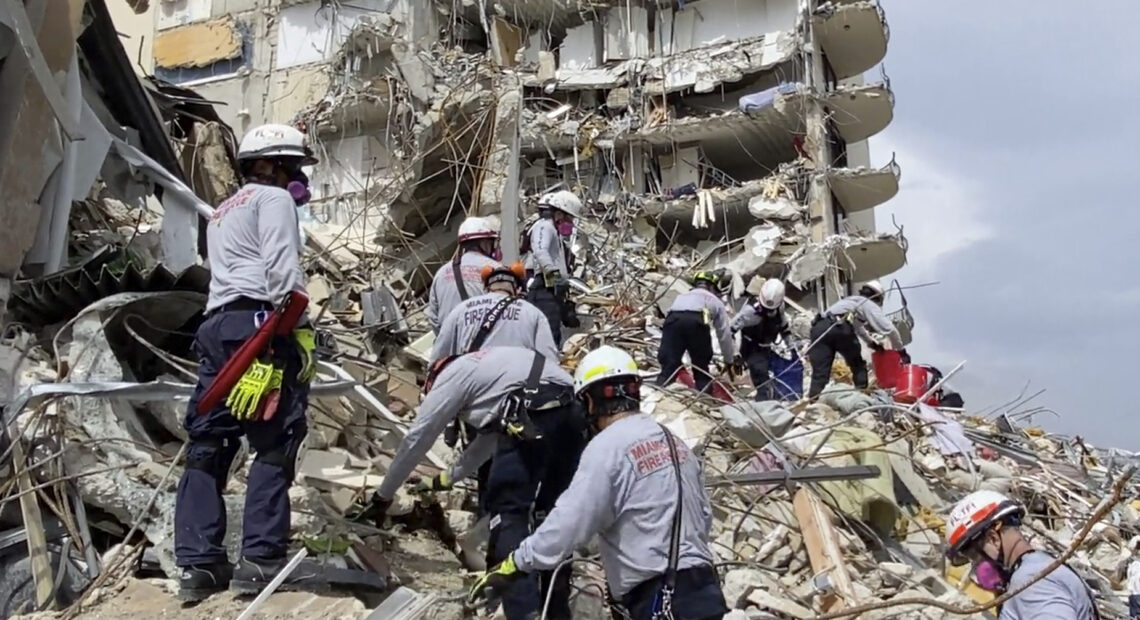 A structural engineering report provided to the Champlain Towers condominium association in 2018 found widespread problems that required extensive repairs “in the near future.”

Parts of Champlain Towers South, a 12-story condominium in Surfside, Fla., collapsed early Thursday morning. Four people are confirmed dead and 159 others are missing. Rescue crews continue to comb through the rubble.

“I’m under the impression that it is something that nobody had seen until yesterday when we started looking back into the records to try to understand if there was anything in the record that would indicate why this building fell down,” he said.

“We did not know about this report,” Miami-Dade County Mayor Daniella Levine Cava told reporters Saturday morning. “We are obviously very interested in all of the evidence that’s coming to light.”

Surfside mayor worries a second building may need to be evacuated 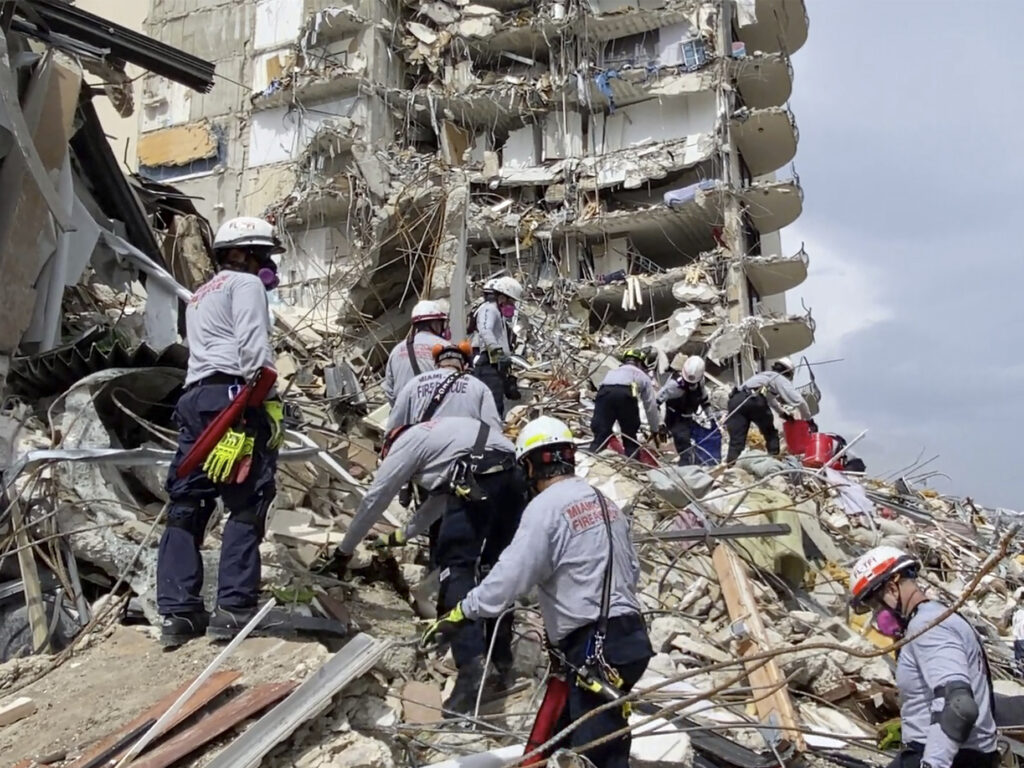 In this photo provided by Miami-Dade Fire Rescue, search-and-rescue personnel search for survivors through the rubble at the Champlain Towers South Condo in Surfside, Fla., on Friday. Via AP

Town officials are considering “potentially evacuating that building so we can get in there and do a forensic investigation on the status of that particular structure,” Burkett said.

Speaking to reporters, Florida Gov. Ron DeSantis said the decision of whether to evacuate that building would be left up to the Surfside mayor.

The engineering report, dated Oct. 8, 2018, includes pictures of cracks in the concrete columns of Champlain Towers South. The report found “major structural damage” to the concrete structural slab below the pool deck, caused by waterproofing that was “beyond its useful life” and needed a complete replacement.

It warned that “failure to replace the waterproofing in the near future will cause the extent of the concrete deterioration to expand exponentially.”

The nine-page report, authored by Morabito Consultants, listed several areas of concern with the now 40-year-old building. The main issue was that the concrete slab was flat, rather than sloped in order to drain off water. That means any water simply sits on the waterproofing until it evaporates.

“This a major error” that doesn’t allow water runoff and instead relies on evaporation affecting the structural integrity of the concrete at ground level, the report said.

The report noted that the installation of waterproofing on a flat structure “is a systemic issue” throughout the building and would be “extremely expensive” to fix.

The report also warned of “abundant cracking and spalling” observed in the concrete columns, beams and walls. Earlier attempts to repair concrete in the garage had been done improperly, the report found. “Though some of this damage is minor, most of the concrete deterioration needs to be repaired in a timely fashion,” it said.

Gregg Schlesinger, a Fort Lauderdale, Fla., contractor and attorney who handles structural failure cases, told NPR that the report doesn’t show why the building collapsed but it offered warnings of serious danger.

“They gave warnings. You’ve got a problem. What exactly is the problem? How bad is it? Why didn’t you find out more?” Schlesinger said.

The search effort is being hampered by fire and smoke

“We’re continuing our search and rescue because our first responders believe there is still a possibility” that there are survivors, Levine Cava said.

But that search is being hampered by a fire that is smoldering deep within the structure, and smoke has spread laterally throughout the pile. It’s “extremely difficult” to locate the source of the fire, she said.

No further victims have been found since at least Friday, and rescuers haven’t heard any sounds in the rubble that would indicate people remain alive within the wreckage. But “we continue to have hope,” Levine Cava said.

Miami-Dade County requires that all buildings at least 40 years old be inspected and recertified. Levine Cava said the county will immediately audit those buildings to make sure they are safe.