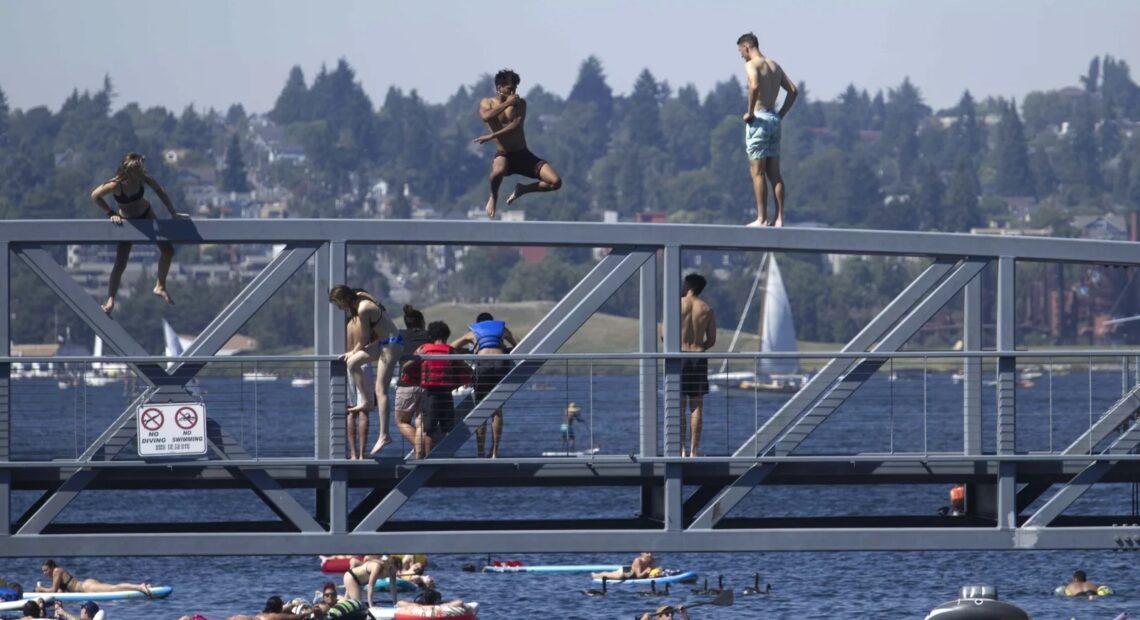 With an unprecedented and dangerous heat wave gripping the Pacific Northwest, officials in Portland shut down light rail and street cars due to high temperatures, districts halted summer school bus service and people braced for possibly the hottest day of the scorcher.

Seattle, Portland and other cities broke all-time heat records over the weekend, with temperatures soaring well above 100 degrees Fahrenheit. Forecasters said Monday would be worse, with the mercury possibly hitting 110 F in Seattle and 115 F in the Portland area before it begins to cool Tuesday. 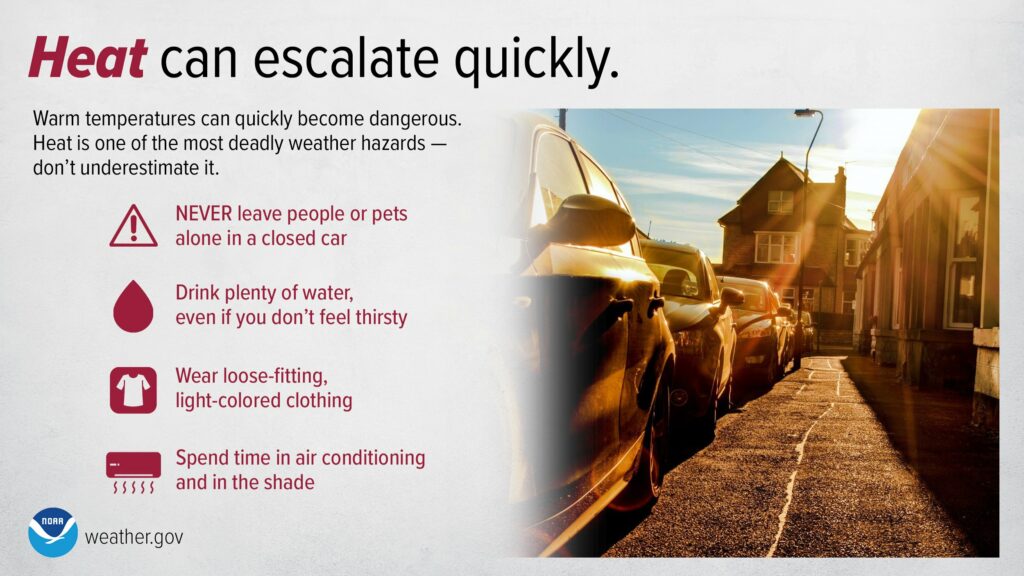 In Eugene, the U.S. track and field trials were halted Sunday afternoon and fans were asked to evacuate the stadium due to extreme heat. The National Weather Service said it hit 110 F in Eugene, breaking the all-time record of 108 F.

The temperature hit 104 F in Seattle. The weather service said that was an all-time record for the city better known for rain than heat and was the first time the area recorded two consecutive triple digit days since records began being kept in 1894.

The heat wave stretched into British Columbia, with the temperature in Lytton, a village in the Canadian province, reaching 115 F Sunday afternoon, marking a new all-time high recorded in Canada.

The heat wave also moved into Idaho, where temperatures above 100 F are forecast in Boise for at least seven days starting Monday.

Cities were reminding residents where pools, splash pads and cooling centers were available and urging people to stay hydrated, check on their neighbors and avoid strenuous activities. 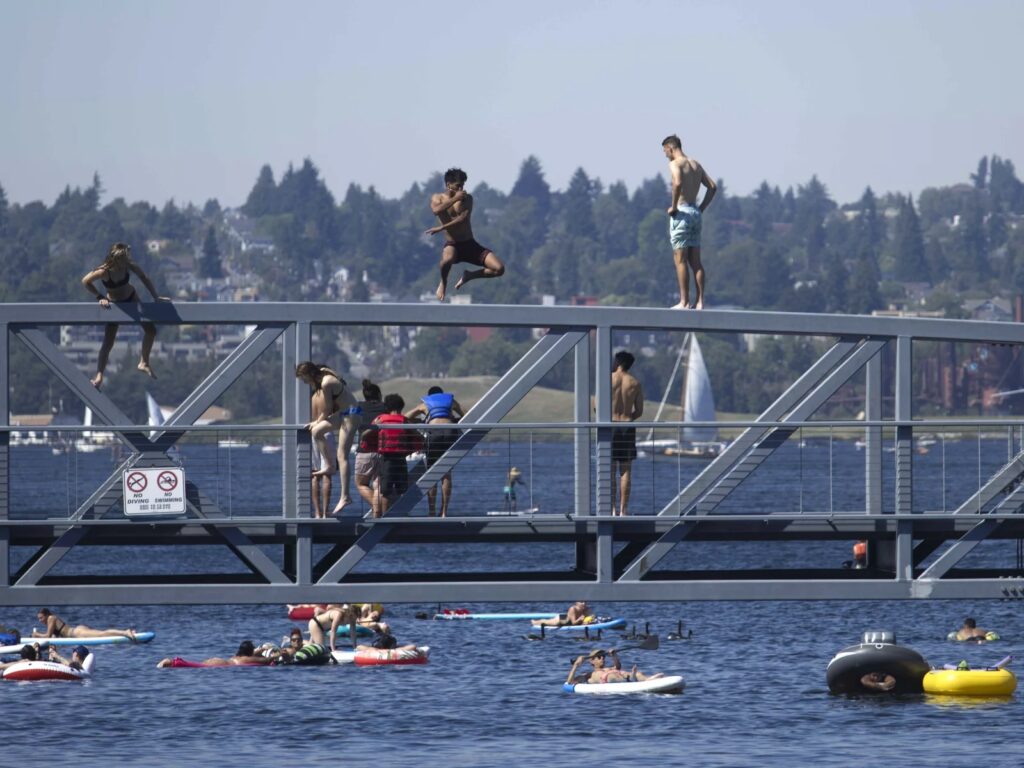 People jump from a pedestrian bridge at Lake Union Park in Seattle on Sunday as a record-setting heat wave blasts the Pacific Northwest.
CREDIT: John Froschauer/AP

The National Weather Service in Coeur d’Alene said this week’s weather “will likely be one of the most extreme and prolonged heat waves in the recorded history of the Inland Northwest.”

The extreme weather was caused by an extended “heat dome” parked over the Pacific Northwest. Kristie Ebi, a professor at the University of Washington who studies global warming and its effects on public health, says the dayslong heat wave was a taste of the future as climate change reshapes global weather patterns.

In Portland, authorities said the high heat was straining the power grid and overhead wires that propel the MAX trains, so service was being suspended through Tuesday morning.

“The MAX system is designed to operate in conditions up to 110 degrees. Forecasts show it will likely only get hotter,” the agency said in a statement.

In eastern Washington, the Richland and Kennewick school districts halted bus service for summer school because the vehicles aren’t air-conditioned, making it unsafe for students.

Cooling centers were opened across the region and people flocked to them in Seattle, where only about 44% of households have air conditioning, according to U.S. census figures.

In Issaquah, Washington, an outage Sunday afternoon left thousands without power, and some went to a community center cooling station.

Donna Meade told The Seattle Times that going forward: “I will get air conditioning. I thought I could live through the heat, but nope. We still have July, August and the smoke to get through.”