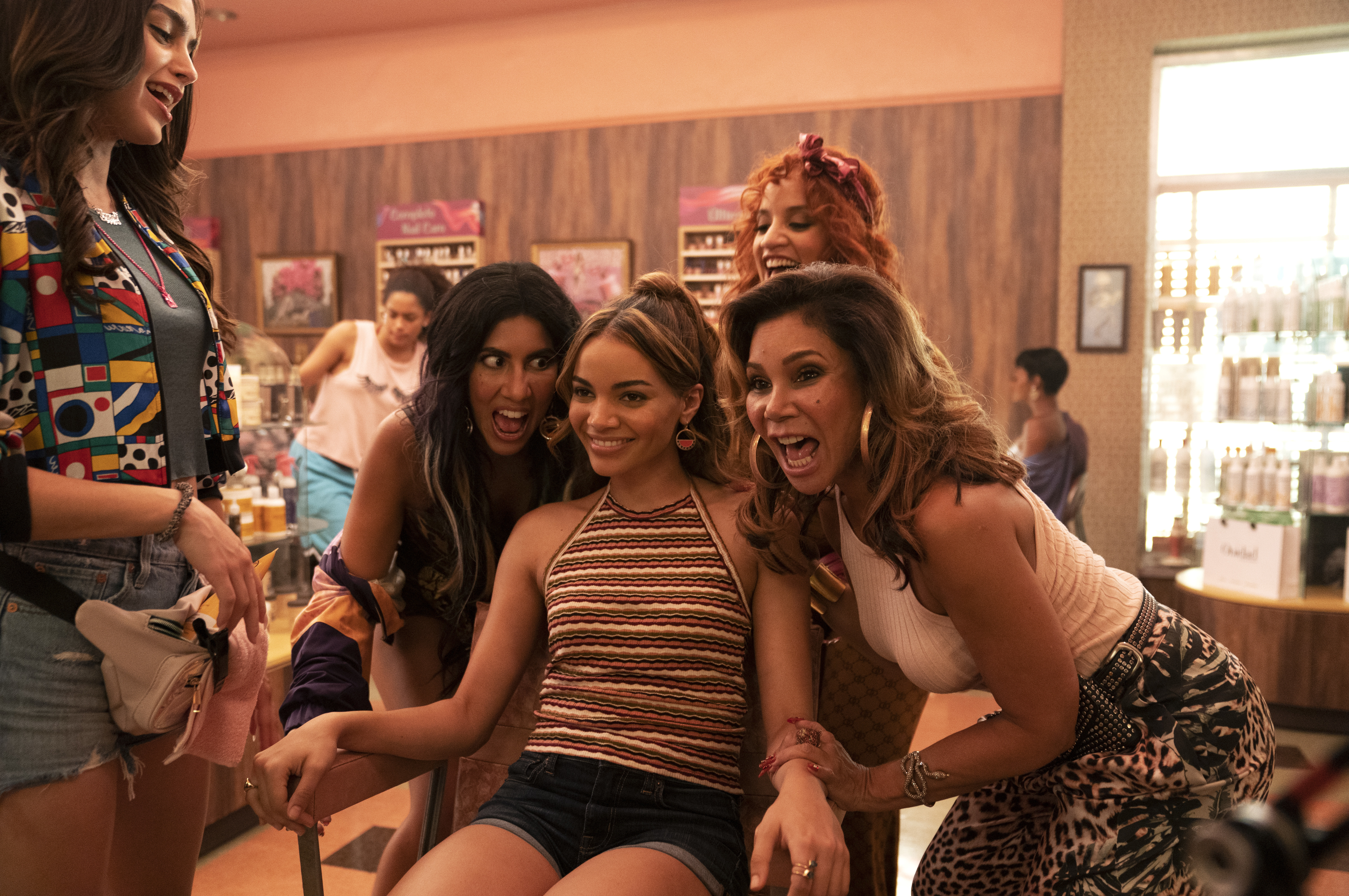 The Limitations Of ‘Latinidad’: How Colorism Haunts ‘In The Heights’

On the Monday after the release of In the Heights, its creator, Lin-Manuel Miranda posted not a congratulatory note but an apology. Over the weekend, the conversation around colorism and In the Heights reached a fever pitch as more viewers began to wonder why there weren’t any dark-skinned Afro-Latinos in any of the leading roles to represent a place as diverse as Washington Heights.

“I’m trying to hold space for both the incredible pride in the movie we made and be accountable for our shortcomings,” Miranda said in a statement posted on social media. “Thanks for your honest feedback. I promise to do better in my future projects, and I’m dedicated to the learning and evolving we all have to do to make sure we are honoring our diverse and vibrant community.”

Before its release, In the Heights was touted as the Latino movie of the season. It starred Latino talent, it featured dozens of Latino extras, was based on a play written by a Latino, Miranda, and its screenplay was written by a Latina, Quiara Alegría Hudes. Jon Chu, the director behind the hit Crazy Rich Asians had joined a project that seemed poised for success.

Singer and actor Leslie Grace stars as Nina Rosario (center), the beloved and brilliant neighborhood sweetheart in the film adaptation of the musical In the Heights. CREDIT: Macall Polay/Warner Brothers

Personally, the movie had me emotionally on its side the moment in the trailer I saw the Cuban flag wave on-screen in a moment of celebration in what would become the delightful “Carnaval del Barrio” number where many different flags of Latin American countries were hoisted as a nod towards representation. How many of us had seen our flags and our culture celebrated and not villainized or othered in a Hollywood movie or TV show? Considering how few Latinos even have speaking parts in major studio movies (roughly 5 percent according to a USC Annenberg study), it’s not a lot.

When I left the theater the first time I watched In the Heights, I left feeling elated. It felt like a classic Hollywood musical in Spanglish, using the music I grew up listening to and close-ups of the food I’d find on my grandparents’ table on Noche Buena. I saw parts of myself and my family reflected in some of the characters.

As it was about to hit theaters and HBO Max, Felice León, an Afro-Cuban video producer for the Root, asked a question many of the early press had missed: “Where are all of the leading dark-skinned Afro-Latinx folks?”

The answers León received were unsatisfying. “When we were looking at the cast, we were looking for the people who were best for those roles specifically,” Chu said. He cited Afro-Latinos were in the background as dancers and extras in the beauty salon number “No Me Diga.” The answer that only the most talented were chosen to play these characters was an especially painful response because part of the issue of colorism is that it denies opportunities to darker-skinned people, meaning that lighter or whiter actors may have had more jobs on their resume and more experience than their dark-skinned colleagues even before auditioning. It’s not unusual for dark-skinned performers to be relegated to the sidelines, so while In the Heights might be a step forward for some Latino representation, it still left many others behind. “Hiring who was best for a role” has also been used by white filmmakers to excuse themselves from hiring any actors of color.

A Widescreen History of Erasure

When it comes to talking about colorism and In the Heights, there are two complicated histories at play. One, is that of the systemic issue of racism within the entertainment industry. Light-skinned or white privilege is so pervasive, it’s baked into the very foundation of Hollywood. It’s how Oscar winner Hattie McDaniel would only be offered parts as slaves or servants but Dorothy Dandridge, who still face discrimination throughout her career, could be seen as a potential leading lady. It’s why a young aspiring actress named Margarita Carmen Cansino changed her hairline, dyed her locks and renamed herself Rita Hayworth. It’s why actress Merle Oberon hid her biracial origins. It’s why Puerto Rican actress Rita Moreno played Anita, a supporting role, next to her white co-star Natalie Wood who played the Puerto Rican leading part of Maria in West Side Story.

If only this were an issue stuck in Hollywood’s past, but it continues. When Zoe Saldana was cast to play Nina Simone, she had to darken her features to do so when the filmmakers could have cast a darker-skinned actress. Chu’s Crazy Rich Asians was also accused of colorism, relegating dark-skinned Asians to the sidelines and leaving portions of the audience feeling excluded. As Pop Culture Happy Hour’s Aisha Harris noted, Steven Spielberg’s remake of West Side Story also follows the light-skinned Maria and darker-complected Anita model of the original.

Who Reflects The Latino Community?

The other deeper issue is that of colorism within U.S. Latino and Latin American culture. As part of the region’s colonial legacy, light-skinned or white-passing Latinos and Latin Americans have earned a social privilege often denied to dark-skinned Afro-Latinos or indigenous people. It’s why Latin American media so often only featured blond hair-blue-eyed crooners, telenovela stars or news anchors.

For instance, while Alfonso Cuarón’s Roma gained attention for casting an indigenous actress, Yalitza Aparicio, as his movie’s lead, Mexican racists attacked her looks and at least one magazine cover lightened her photo. Those internalized biases have followed us wherever we’ve moved and happened to fit in quite nicely with the racism already at play in Hollywood. Some of this weekend’s conversation has spread towards the two white casting directors, Tiffany Little Canfield and Bernard Telsey, who may not have known the cultural nuances they were navigating when choosing actors.

While it is difficult to expect any one piece of art to encapsulate the entirety of experiences from over 30 different countries and subsequent diasporas, there should be space for discussion on why this exclusion of Afro-Latinos and indigenous people continues. I loved In the Heights and saw myself reflected in the stories about having ambitious goals, insecurities about navigating elite institutions, and remembering our families’ pasts with an eye towards our future. But that’s because I am also a white Latina, and while I have been frustrated by the decades of erasure of Latinos in Hollywood, I have not experienced nearly as much erasure as Afro-Latinos or indigenous people in my community.

Lately, there has been a pushback against the concept of Latinidad because it is often used to erase people who don’t fit into the narrow definition of what a Latino looks like. Latinos are so much more than one story, one skin tone, or one umbrella identity. This discussion about colorism is about acknowledging those already in our communities and families, to stop relegating dark-skinned and indigenous talent to outside the spotlight and open doors to not just white or light-skinned Latinos, but to all of us and our varied experiences. In the Heights wasn’t going to solve decades of media exclusion and centuries of colorism, but perhaps it can start a movement towards a diversity that is actually inclusive.