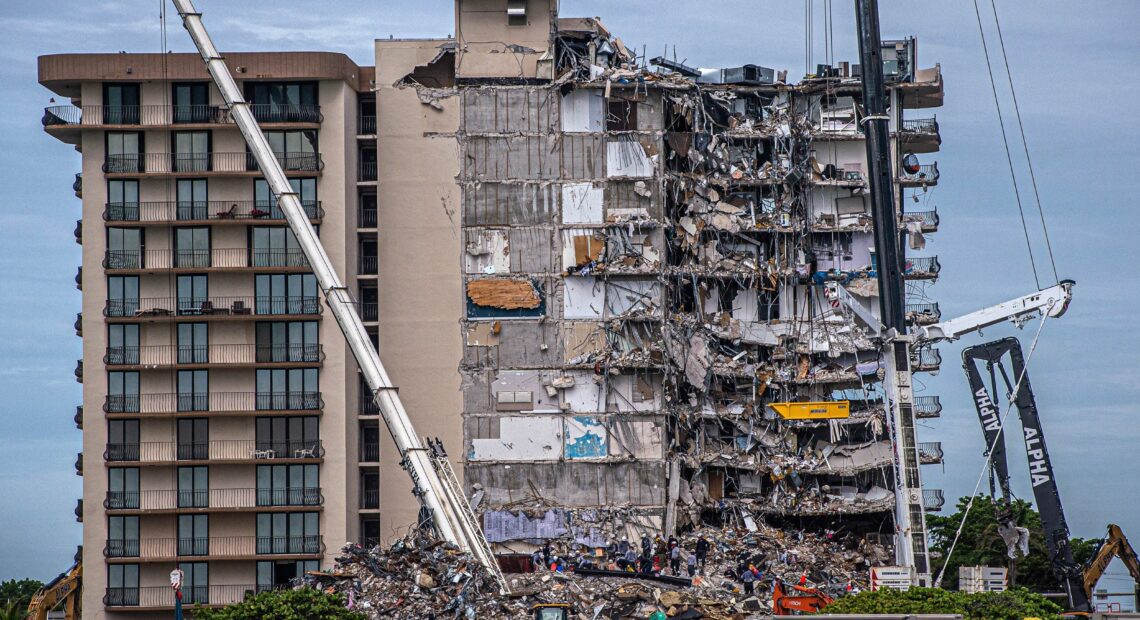 The Warnings Were Mounting At A Florida Condo. Officials Demanded Only Minor Repairs

Just weeks before Champlain Tower South collapsed, town officials in Surfside, Fla. were demanding immediate changes on the property – but all of their requirements focused on relatively minor concerns.

A poolside gate needed repair. A hedge had to be trimmed to accommodate emergency vehicles. Paving stones had to be replaced.

None of the town’s orders urged a swift response to growing concerns about the building’s structural soundness, identified in repeated warnings shared with Surfside officials beginning in 2018.

Indeed, despite close and ongoing scrutiny of the condo under a regulatory process created by Miami-Dade County to protect residents of older buildings, officials never demanded action even as concerns escalated. 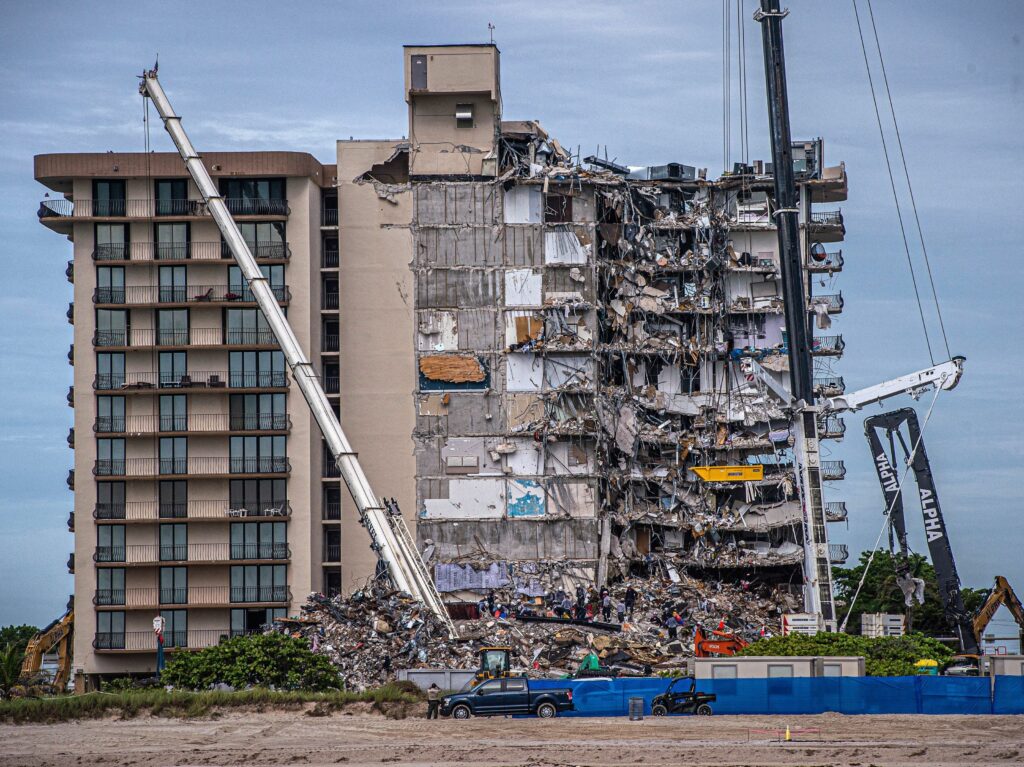 That’s according to a survey of hundreds of pages of documents acquired by NPR or released publicly by town officials in Surfside.

The condominium collapsed in catastrophic fashion on Thursday. Sixteen residents are confirmed dead with 147 still missing.

Surfside Mayor Charles Burkett told reporters this week he wasn’t in office during the period from 2018 through 2020 as concerns about the building escalated. He was elected in March 2020.

“I wasn’t there, Burkett said, adding that a thorough investigation of the town’s interaction with the condo and its managers would be conducted.

“I’ve asked our clerk and our city attorney and our city manager to dig out every piece of correspondence relating to that building and put it on our website.”

A “re-certification” process and growing concerns

In 2018, town officials in Surfside began a “recertification” process designed to assess the building’s structural soundness as it approached the forty-year mark after construction.

That process is mandated under building codes implemented by Miami-Dade County.

According to separate minutes of that meeting compiled by the condo’s board and acquired by NPR, Prieto assured residents they were safe and the building was “in very good shape.”

What’s now clear from emails and other documents is Prieto had already reviewed a troubling engineering study that warned of serious structural erosion.

That nine-page report, completed in October 2018, urged major repairs to the building “in the near future.”

Speaking with the Miami Herald, Prieto said he had no memory of reading the engineering study. “I don’t know anything about it,” he told the newspaper. “That’s 2018.”

But documents reviewed by NPR indicate Prieto and other town officials continued to have regular interaction with the condominium’s board in the months that followed, as well as with the condo’s consultants and engineers.

As the re-certification process advanced, the town also continued to hear from concerned residents.

“[They] are digging too close to our property and we have concerns regarding the structure of our building,” wrote Mara Chouela.

She urged town officials to inspect the activity.

“There is nothing for me to check,” Prieto replied, urging the condominium association to instead hire a consultant to monitor for any damage.

NPR has been unable to reach Prieto, who no longer works for Surfside and who is currently on leave from his job as a contract building inspector for the town of Doral, Fla.

Documents show other Surfside town officials, including Olmedillo, also visited the condominium in 2019.

But despite a provision of the town’s building code that allows officials to demand “repairs or modifications” within 150 days, there’s no sign officials urged an immediate response to concerns about the building’s decaying concrete and steel structure.

It’s not certain that any of the problems identified as part of the recertification process contributed directly to the building’s collapse.

But a letter written ahead of an April 2021 condo board meeting, acquired by NPR, shows the 40-year review continued to reveal deepening concerns.

Estimated cost of repairs had ballooned to more than $16.2 million.

“The 40-year building inspection is required by law and covers life/safety issues such as structural and electrical,” wrote condo board president Jean Wodnicki. “The concrete deterioration is accelerating,” she warned.

A later email sent ahead of a May 2021 condo board meeting ratcheted up the language, acknowledging “the desperate needs of the building.”

“This will be a challenging time for all of us at Champlain Tower South,” that memo stated. “Our building has been neglected for some time…It would be irresponsible to continue to ignore these needs.”

It’s unclear from the documents how much of this updated information was shared with town officials.

But documents do reveal regular inspections by the town were “ongoing.”

They also show regular interactions between the town and the condominium’s representatives that continued until roughly a month before the structure collapsed.

There’s no sign of urgency on the part of officials about resident safety.

The town did regularly demand the condominium association make immediate changes – setting deadlines and threatening fines – but only to relatively minor cosmetic features.

In 2020, condo managers were ordered to alter lighting on the structure to protect turtle nesting sites on the nearby beach.

That work was required to be finished by June 25. The condo collapsed in the early morning hours of June 24th.