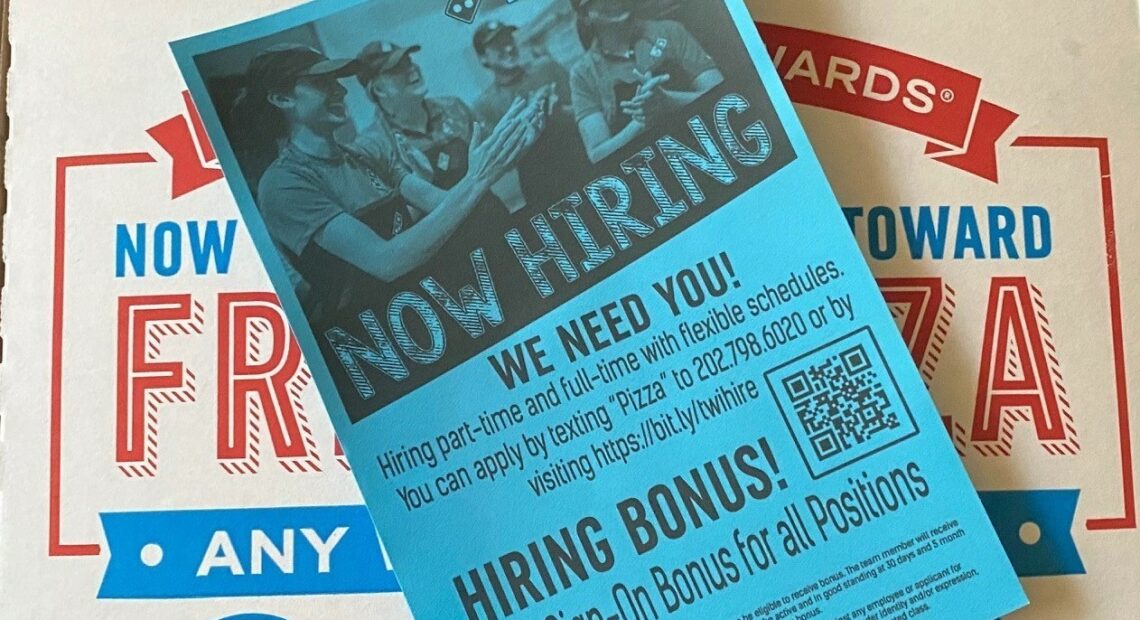 A $500 Sign-On Bonus To Deliver Pizzas? Here’s What To Know About Hiring Incentives

Time now for a quiz.

What do Amazon, Disney World and Dickie Jo’s Burgers in Eugene, Ore., all have in common?

a. They employ low-wage workers.

b. They’re in desperate need of workers this summer.

d. All of the above.

With a record 9.3 million jobs open in the U.S. as of April, and a workforce in no hurry to get back to work, a growing number of employers are looking to hiring bonuses to fill their ranks. Long a tradition on Wall Street, sign-on bonuses are rare in low-wage work such as fast food, warehousing and food delivery. Now, as the economy has picked up, hiring bonuses are everywhere.

On the jobs site Indeed.com, postings advertising some kind of hiring incentive have more than doubled since last July, according to economist AnnElizabeth Konkel of the Indeed Hiring Lab. Searches for terms such as “hiring bonus” have also doubled, indicating job seekers are intrigued.

Before you leap, here are some things to know about these cash payouts.

A hiring bonus is unlikely to change your life

Hiring bonuses can be a useful tool for employers because they’re a one-time cost, Konkel says. Companies can also stop offering the incentive as soon as they’re fully staffed.

On the flip side, for many low-wage workers, a $1,000 bonus may be little more than a quick fix. 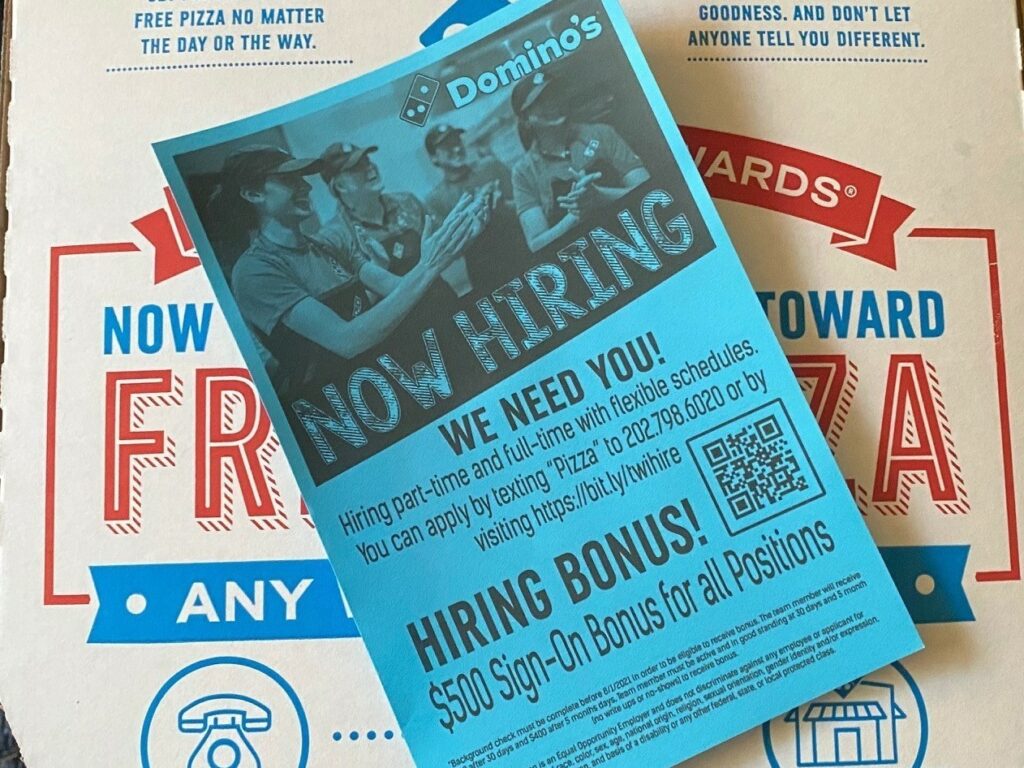 In need of workers, a Domino’s franchise in Washington, D.C., is offering a sign-on bonus for all positions.
CREDIT: Andrea Hsu/NPR

“It’s certainly better than not getting a bonus,” says David Madland, senior fellow with the Center for American Progress. “But it’s not likely to enable them to sustain a higher quality of living.”

That’s because of the one-off nature of bonus incentives. A worker would almost always be better off negotiating a higher starting wage that continues to pay dividends in the long run. But that’s just not something low-wage workers typically do, Madland says. Nor are employers traditionally open to such negotiations.

“They don’t want to set a precedent, because then they might have to raise wages for the next person who comes along, or the people who are already in the job,” he says.

Hiring bonuses aside, wages are going up

Employers still hold most of the power, but workers have applied leverage this year — by staying home and forcing employers to bump up pay.

Wages for workers in restaurants, hotels, theme parks and other entertainment venues rose by 2.3% in June, according to the Labor Department. That follows a survey from the National Federation of Independent Business that found a third of small businesses increased pay in May.

Restaurants in particular are grappling with staffing shortages, closing early or seating fewer guests. Several million workers left the industry in the pandemic, says Saru Jayaraman, president of the advocacy group One Fair Wage. She doesn’t think the sign-on bonuses are enough to lure them all back.

“It’s not enough to have a worker who’s decided, I’m going to walk away and change my life, to then flip back for a temporary boost,” she says.

You usually don’t get the whole bonus upfront

Another thing to keep in mind about hiring incentives: You often have to stay in a job for months before getting the full amount.

For Teonna Mitchell, a restaurant server in Miami, the job didn’t prove to be worth it.

Already working one part-time restaurant job, Mitchell took on a second job at a fancier place that was offering $1,000 bonuses to new hires. But she quickly realized the tips weren’t better, and because of severe staffing shortages, she was being asked to work all the time.

It was too much. After two months, she quit, forfeiting the second half of her bonus that would have been paid out at the three-month mark. For now, she’s back to working one restaurant job and studying to get an insurance license on the side. She says she’s done chasing sign-on bonuses.

Keep your focus on the long term

As tempting as sign-on bonuses may be, Paolo Varquez, career services specialist at Coastline Community College in Orange County, Calif., says it’s more important to keep your focus on the long term.

“The better question to ask yourself is: Is this job going to provide me relevant experience and skills for my career goal?” says Varquez.

That should be the motivating factor, he says, not hundreds of dollars of cash.