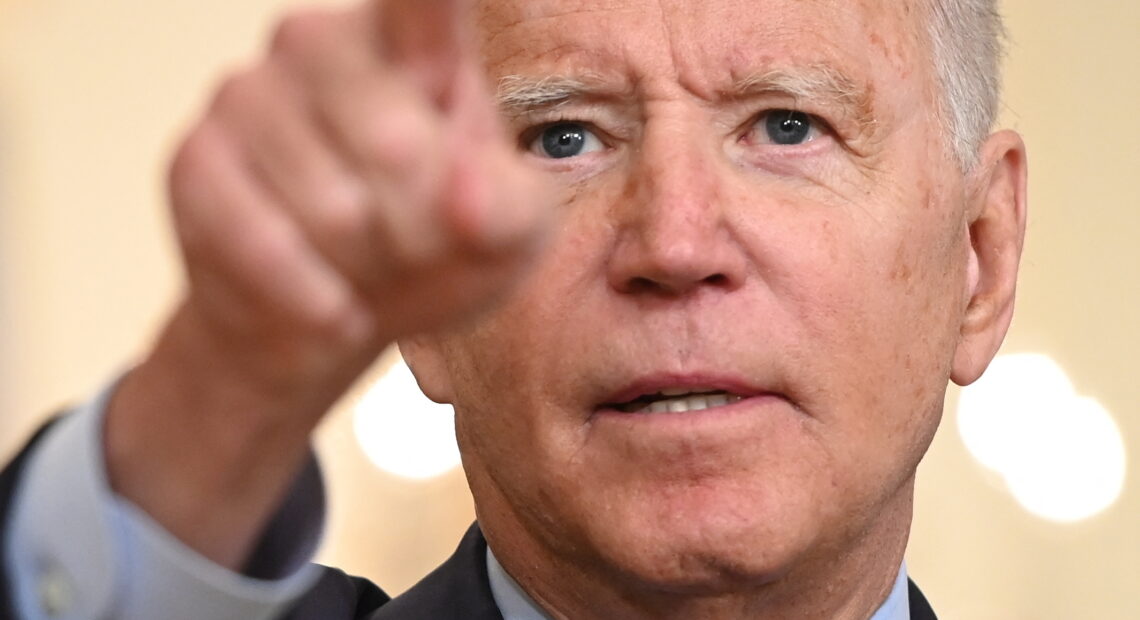 As security conditions deteriorate in Afghanistan, President Biden is defending his decision to pull U.S. troops out of America’s longest-running war.

Biden announced the decision in April, and he insisted Thursday that he will stick to it, even as the consequences of that withdrawal become more and more stark.

“The question is, how much of a threat to the United States of America, and to our allies, is whatever results?” Biden asked. “Let me ask those who want us to stay: How many more, how many thousands more American daughters and sons are you willing to risk? How long would you have them stay?”

The remarks, made from the East Room of the White House, come a week after U.S. forces suddenly withdrew from Bagram Airfield — a move that Afghan allies framed as a surprise. It carried heavy symbolic overtones, as looters swarmed what, for years, was the center of American military operations in the country.

The Taliban have also methodically swept up more and more territory, and now threaten to topple the Afghan government.

Despite his decades of experience on the topic, foreign policy is a potential vulnerability for the president. The latest NPR/PBS NewsHour/Marist poll found Americans were split on Biden’s handling of foreign policy. It rated below his handling of the coronavirus and the economy. Of the four issues tested, only immigration was a greater problem area.

Biden acknowledged the grim reality that a U.S. withdrawal could lead to – but made the blunt argument that maintaining the status quo is no longer worth the time, cost, and most importantly, risk to American troops that would be needed to hold things together in Afghanistan.

Biden has long been a skeptic of an expanded U.S. mission in Afghanistan. On Thursday, he noted, as he often does, that as vice president during the Obama administration, he argued for a minimalist military footprint focused on thwarting terrorism. Then-President Barack Obama instead opted to expand the number of troops on the ground.

Despite Biden’s remarks that ongoing military engagement in Afghanistan was no longer worth the decades-long cost, he insisted the U.S. will continue to support the Afghan government, maintain a diplomatic presence in the country and work to speed up efforts to relocate Afghan nationals who assisted U.S. forces.

He added that the U.S. will soon begin flying interpreters, translators and others who assisted the American military to “U.S. facilities outside the continental United States, as well as third [party] countries,” so they can safely wait for special visa applications to be processed.

Biden also insisted – despite skepticism from many experts – that the Afghan government has the capacity to hold off a resurgent Taliban.

“Do I trust the Taliban? No,” Biden said. “But I trust the capacity of the Afghan military, who is better trained, better equipped, and more and more competent in terms of conducting war.”

Still, Biden noted, in the end, whether it was the British Empire, the Soviet Union or now the United States – no world power has ever been able to impose its will permanently on Afghanistan.

“It’s up to the people of Afghanistan to decide on what government they want, not for us to impose the government on them,” the president said. “No country’s ever been able to do that.”