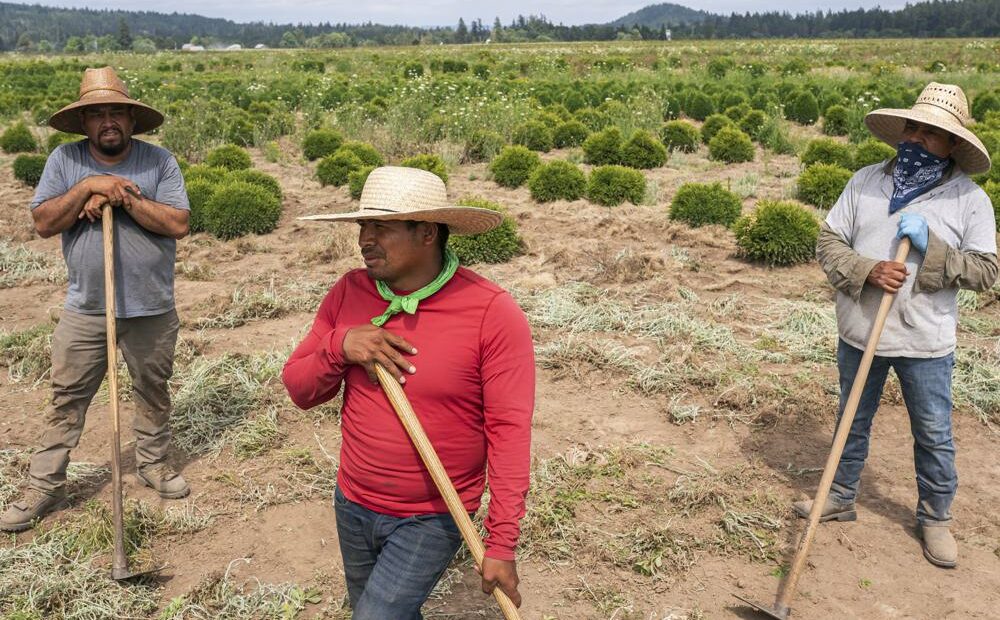 Washington state on Friday became the second state in the Pacific Northwest in as many days to announce emergency rules that provide farmworkers and others who work outdoors more protection from hot weather in the wake of an extreme heat wave that is believed to have killed hundreds of people.

The announcement comes a day after Oregon approved what advocates call the nation’s most protective emergency heat rules for workers and as temperatures are spiking again this week in parts of the U.S. West, though not as severely as the end of June. The heat is making it difficult to fight wildfires in parts of a region struggling with a historic drought tied to climate change.

“The heat experienced in our state this year has reached catastrophic levels,” Washington Gov. Jay Inslee said. “The physical risk to individuals is significant, in particular those whose occupations have them outdoors all day.”

Washington’s new rules take effect Tuesday and update existing mandates that are in place from May through September, when the state’s multibillion-dollar agricultural industry relies on tens of thousands of farmworkers to tend and harvest crops such as apples, cherries, hops and asparagus.

Under the emergency rules, when the temperature is at or above 100 F, employers must provide shade or another way for employees to cool down and ensure a paid cool-down rest period of at least 10 minutes every two hours. 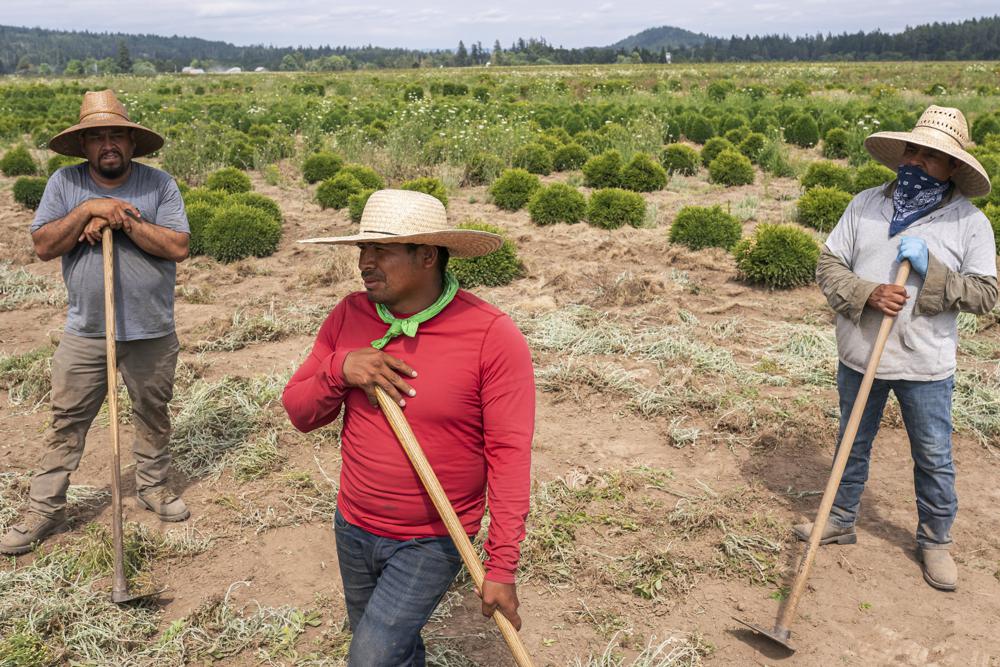 The state already required employers to provide every outdoor worker with at least a quart of drinking water per hour, offer safety training on outdoor heat exposure and respond to any employee with symptoms of heat-related illness. A new requirement is that the water must be cool.

The onus is on businesses under heat rules in Washington, Oregon and California, where Del Bosque Farms owner Joe Del Bosque was monitoring his workers Friday and into the weekend, when he was expecting temperatures above 110 F (43 C) in the Central Valley.

“If we see it gets too hot and it’s a danger to them, we will shut down the operation and send them home,” he said.

Del Bosque also said he educates workers who pick and pack melons on his farm about preventing heat illness and provides plenty of cool water and shade to rest.

The scramble to protect workers follows a heat wave that hit the Northwest and British Columbia at the end of June and broke all-time heat records in places like Seattle and Portland, Oregon.

An immigrant from Guatemala who was part of an outdoor crew moving irrigation lines at a Oregon plant nursery was among those who died in the heat wave. Nearly 200 deaths have been blamed on the heat in Washington and Oregon, while authorities in British Columbia say hundreds of people there may have died.

The record-high temperatures were caused by what meteorologists described as a dome of high pressure worsened by human-caused climate change, which is making such extreme weather events more likely and more intense.

Last month was the hottest June on record for the contiguous United States, smashing the record set in 2016 by nearly a degree, the National Oceanic and Atmospheric Administration said Friday. The unheard-of extreme heat in the Pacific Northwest at the end of the month was a main driver as the country averaged 72.64 degrees Fahrenheit for June, beating the old record of 71.76 F.  The 20th century average for June is 68.4 F.

Usually records get beaten by one- or two-tenths of a degree, but “that’s a wide margin,” NOAA climate scientist Ahira Sanchez-Lugo said. “That is pretty remarkable.”

While there is natural variability always involved, “our climate is changing,” she said.

“The recent heat wave is a reminder that extreme temperatures can be a real danger in the workplace. With more hot weather on the way, we’re taking action now,” said Joel Sacks, director of the Washington state Department of Labor & Industries.

Its rules are similar to increased protections that Oregon adopted Thursday, but that state went further. Once the heat index rises above 90 F, employers in Oregon must ensure effective communication between workers and supervisors so employees can report concerns and must ensure employees are observed for alertness and signs of heat illness.

At 80 F. or above, employers must provide sufficient shade and an adequate supply of drinking water.

Agricultural-rich California adopted the nation’s first rules requiring shade and water for farmworkers in 2005 following 10 heat-related deaths — four of them farmworkers — in a two-month period.

The regulations have since been beefed up, requiring employers to provide shade when temperatures rise above 80 F and 15-minute breaks in the shade each hour when temperatures rise higher. Employers also must provide cool drinking water in easily accessible locations, toilets and hand-washing facilities. When it’s hot, many work in the middle of the night.