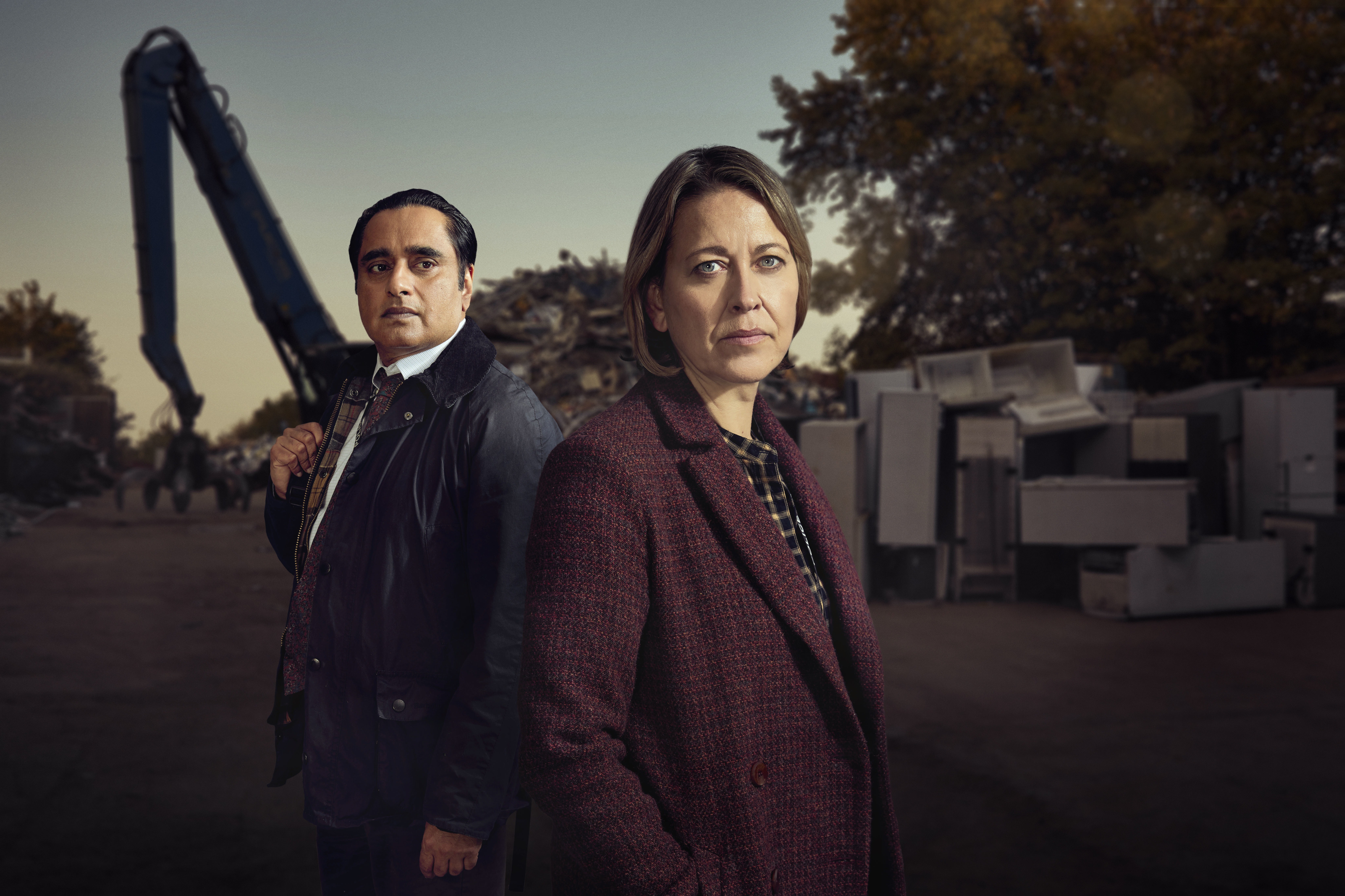 TV REVIEW: An Old Murder Is ‘Unforgotten’ In This Masterpiece Crime Drama’s 4th And Finest Season

If you regularly watch police shows, you know that very few of them make you feel anything. For every Mare of Easttown, there are 20 fast-paced crime dramas — from CSI to Line of Duty — that pass off sensation as emotion.

One show that is positively bursting with feeling is Unforgotten, a nifty British series whose fourth and finest season airs on PBS’ Masterpiece. Twistily plotted and suffused with sadness, this new season builds to an emotional climax that left British viewers needing hankies the size of parachutes.

Nicola Walker stars as Detective Chief Inspector Cassie Stuart who, along with her partner Sunny Khan (played excellently by Sanjeev Bhaskar) heads a unit that handles cold cases. The fourth season begins with a headless corpse being found inside a freezer in a junkyard. The victim had been killed 30 years earlier.

Cassie and Sunny soon link the killing to four people, two men and two women, who were police cadets at the time of the murder. It’s almost certain that one of this quartet is the killer. But which one?

The likeliest culprit is Ram Sidhu (Phaldut Sharma), a cocky Sikh police detective known for pushing the boundaries. But it could also be bottled-up Liz Baildon (Susan Lynch), a chief constable who’s on the verge of being promoted into the top ranks of the police. Then again, it could equally be one of the two who left the force: therapist Fiona Grayson (Liz White), who has a past she finds shameful, and the squishily amiable Dean Barton (Andy Nyman), who runs a charity for kids.

Now, like any good mystery, Unforgotten is deft at strewing clues and reversals that keep you guessing. But lots of shows do that. What makes this series appealing is less the clever plotting than the deeply felt bond between Cassie and Sunny. Their blend of warmth and restraint makes them one of the most comforting duos on TV.

Walker is one of those down-to-earth actors who ordinary people instinctively connect to, and her Cassie is the best-case scenario of a good cop. Caring, honorable and capable of great intuitive insight, she’s spent years investigating cold cases with a passionate commitment that, as this new season makes clear, has left her constantly angry at the police force, her family and herself.

Cassie is calmed by the devoted Sunny, whose slightly saturnine features belie the fact that he is the best-case scenario of a sidekick. Always steady, he’s skeptical when Cassie tries to leap to conclusions.

From the beginning, Unforgotten has always cast an unusually compassionate eye on its main murder suspects. It makes a point of showing the often exemplary lives they’ve built in the decades since the crime they’re caught up in. This season, each of the main suspects has also been warped by growing up in a difficult family, and the show takes time to show sympathy for each, to give them all a destiny not wholly defined by a long-ago murder.

This is even true of the season’s best and most daring character — Ram Sidhu. Having grown up a target of racial hostility, he’s internalized an angry sense of grievance that puts him on the attack with everyone except his brother and wife. He knows how to work people — mocking Sunny for being an Asian “Uncle Tom” or threatening to accuse superiors of racism when they try to rein him in. Wounded and slippery, Ram has a scorching complexity that is all too human.

And it’s this sense of complexity that gives Unforgotten more of an emotional wallop than your ordinary cop show. As this new season builds toward its conclusion, you find yourself hoping that none of the suspects turns out to be the killer, and that Cassie will overcome her rage and go back to working happily with Sunny. You root for things to work out for the best — even as you dread they won’t.