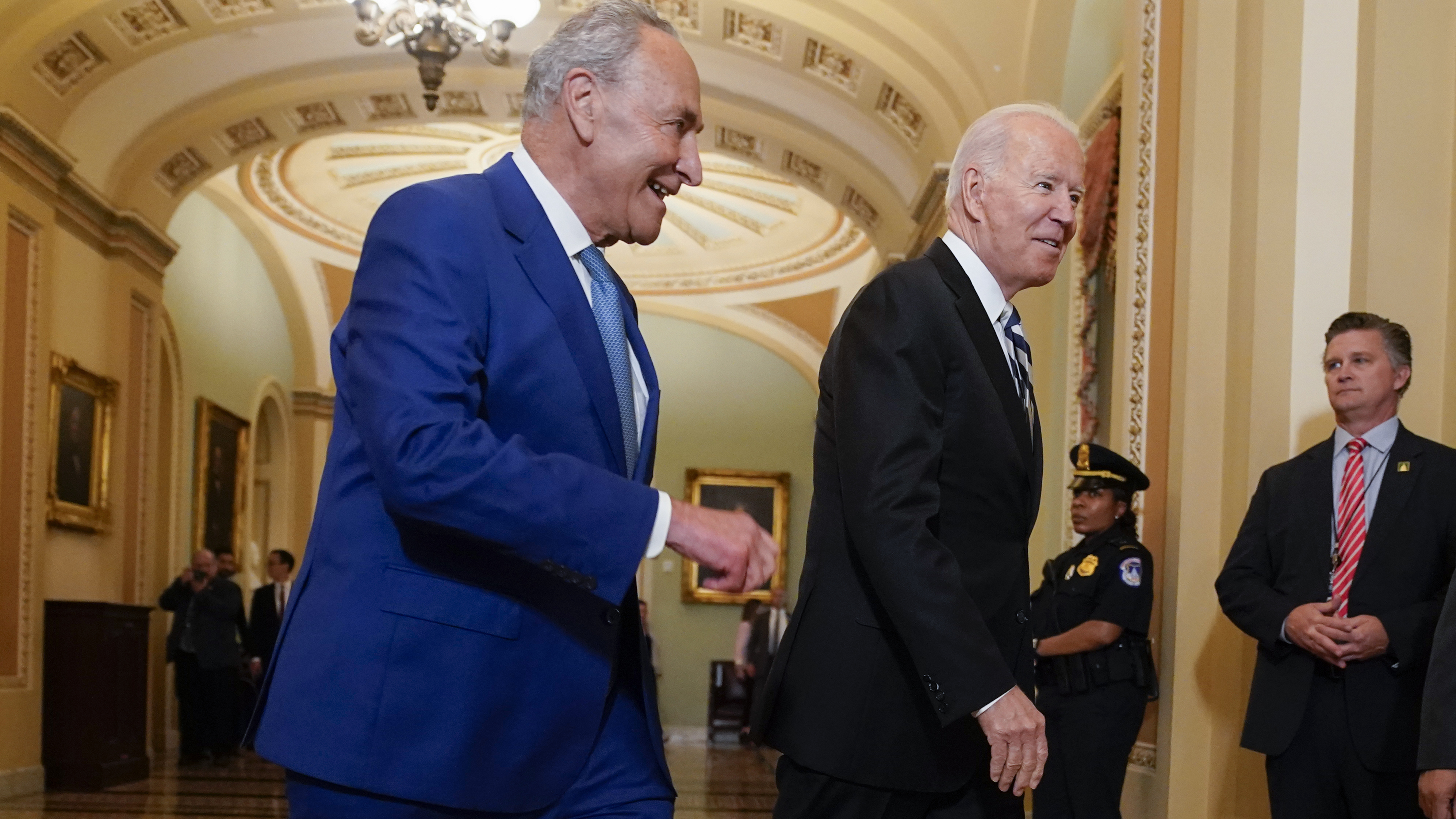 President Biden Makes A Push For Democrats To Unite Around $3.5 Trillion Budget Plan

President Biden heads to Capitol Hill Wednesday to begin the push to unite Democrats from both the progressive and moderate wings of his party around the $3.5 trillion budget blueprint unveiled late Tuesday by Democrats on the Senate budget panel.

The agreement announced late Tuesday by Senate Majority Leader Chuck Schumer, D-N.Y., came after months of wrangling about the size and scope of a package. Budget Chairman Bernie Sanders, I-Vt., wanted a roughly $6 trillion measure, but centrists in the party publicly balked at the price tag.

The deal is part of a two-pronged strategy to pass Biden’s infrastructure plans. This larger bill includes ambitious plans to fund child care, health care and education priorities, which the administration argues fit under a broader definition of infrastructure. A separate bipartisan effort funds so-called hard projects like roads, bridges and broadband. 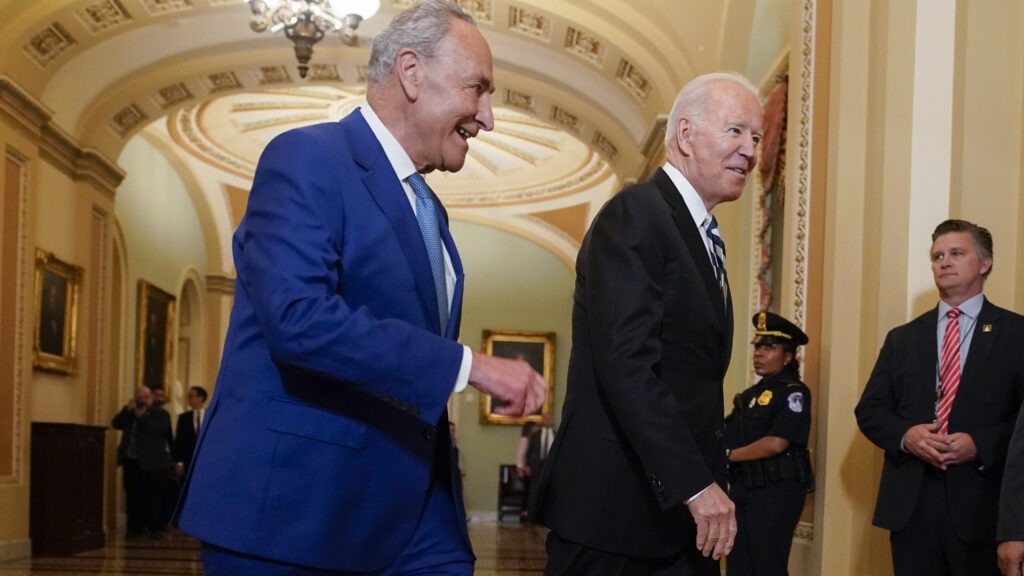 President Biden walks with Senate Majority Leader Chuck Schumer, D-N.Y., at the Capitol on Wednesday as he arrives to discuss the latest progress on his infrastructure agenda.
CREDIT: Andrew Harnik/AP

Schumer said Wednesday on the Senate floor that the $3.5 trillion budget resolution “will allow us to pass the most significant legislation to expand, support and help American families since the New Deal — since the New Deal, this is generational, transformational change to help American families who need the help in this rapidly changing world.” He pledged that all the major programs that Biden has asked for are funded “in a robust way.”

Details on deal still being finalized

The details on the agreement are still unclear, but Schumer noted it expanded Medicare to cover vision, dental and hearing costs — something Sanders has championed for years. It’s expected to extend child care payments and subsidies for health care coverage expanded during the pandemic. It’s also expected to provide universal pre-K, college tuition and climate change proposals that help transition the economy from fossil fuel reliance to alternative energy sources.

Democrats still have not provided details on how they will pay for the massive spending bill, but Schumer noted the wealthy “will pay their fair share” and vowed to protect the middle class from any new tax changes.

Republicans largely slammed the proposal and continued to argue that the recent spike in inflation was a result of the last big bill Democrats passed on their own in March to provide billions in relief due to the coronavirus pandemic. Hours before the deal was announced on Tuesday, Senate Minority Leader Mitch McConnell, R-Ky., warned of a “summer sequel” that would “make our current inflationary mess look like small potatoes.”

McConnell argued the country that elected a 50-50 Senate and Biden, who ran as a moderate, did not do so so that Sanders “could turn America into a socialist country.”

The bipartisan Senate group that is finalizing a separate $1.2 trillion package, which includes $600 billion in new infrastructure spending, continues to write its bill, and Schumer insists the chamber will move forward with votes on both before the Senate breaks for its August recess.

The budget resolution agreement is just the first step in a long and potentially precarious process for the Biden White House and Hill Democrats. In the evenly divided Senate, they will need to keep all 50 members of the Democratic caucus on the same page.

Moderates like West Virginia Sen. Joe Manchin and Arizona Sen. Kyrsten Sinema have pushed for a lower topline number and have expressed concerns about the impact on the deficit, so locking in their support for how the proposal is paid for will be key.

The measure will also need to be approved by the House, where Speaker Nancy Pelosi, D-Calif., holds a thin majority. She faces competing pressures, too. Members on the left of her caucus will argue the Senate deal is too small, while Democrats running for reelection in swing districts will take a more moderate stance.

If both chambers approve the blueprint, the relevant committees will begin writing specific legislation that will need to comply with Senate rules limiting which provisions are allowed.

Already many Democrats are pushing to include immigration legislation that provides a path to citizenship for undocumented workers. The negotiations over those details could take months, and would be overseen by the Senate parliamentarian, who decides whether or not provisions tacked on do have an impact on the federal budget and can be incorporated in a final bill.

Because Democrats are using the reconciliation route to head off a GOP filibuster, the chamber will have a “vote-a-rama,” a lengthy process with unlimited amendments, and often ones designed to put those in tight reelection races in a tough political spot.