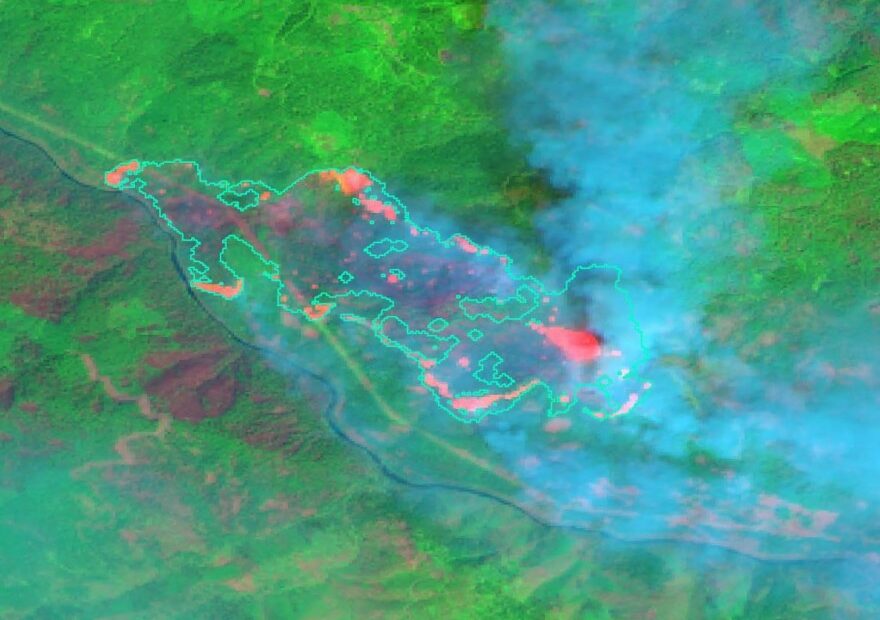 Scientists have discovered they can track fire lines and can quickly draw attention to spot fires using satellites.

Northwest researchers are looking to the skies to help monitor wildfires as well as spot new ones with a new fire behavior forecasting system. The system uses satellites to help firefighters on the ground.

The views from space have helped map multiple wildfires this year. Satellites use infrared technology to peer through smoke. Data that satellites collect can supplement the often dangerous work traditionally mapped with special sensors on aircraft that fly at night above the flames.

Andre Coleman, a scientist at Pacific Northwest National Laboratory, created the system. He said the satellites can collect more data, tracking the fires multiple times throughout the day as they orbit over the Earth.

“This becomes really important as you have these big, big fires that are highly dynamic and fast moving,” Coleman said.

He said, in a lot of cases, doing a once-a-day data collection just isn’t enough.

While it can take helicopter pilots all night to survey fire lines, satellites can collect the data quickly. However, downloading that huge chunk of information does take time, Coleman said. He said he hopes to get the process down from around five hours to 90 minutes in the next few years. Once the information is downloaded, it takes 10 minutes to generate a map, he said.

Scientists initially developed the system to help in other disasters, such as hurricanes, floods and earthquakes. One day the system could even provide information during the Northwest’s so-called Big One, Coleman said.

Last year, though, scientists realized the technology could be used to help map wildfires and predict their behavior.

Scientists have discovered they can track fire lines and can quickly draw attention to spot fires. Speed helps incident commanders plan on-the-ground tactics, such as where to put firefighters or where to drop fire retardant, Coleman said.

The system also can help monitor smaller fires that might not receive as much support, he said.

“Our system is able to process data on any known fire in the U.S. and will do so automatically,” Coleman said.

That, he said, means that small fires will be noticed as readily as larger fires.

Agencies, such as the U.S. Geological Survey, are currently using these satellites for Earth observations. Coleman has roughly six satellites he’s using to gather information.

The ECOSTRESS instrument is special because it’s set up on the International Space Station, which takes a different orbit than other Earth observation satellites. That allows the instrument to monitor different areas, Lee said.

Earth observation satellites have a very prescribed orbit, she said.

However, like the other Earth observation satellites, ECOSTRESS wasn’t set up to monitor wildfires. It’s main purpose is to measure high resolution thermal data. That information can show how plants are stressed when they don’t have enough water. ECOSTRESS started collecting data in July 2018.

Scientists discovered that temperature measurement also works particularly well to monitor wildfires, Lee said. If the lack of water stresses different types of plants, they could be more susceptible to burning, she said.

ECOSTRESS can look at pre-fire conditions, the severity of active wildfires and how the landscape is recovering, Lee said.

“Is it near sensitive areas or critical infrastructure?” Lee said.

The information that researchers at Pacific Northwest National Laboratory are gathering from tools like ECOSTRESS and Earth-observation satellites has already helped this fire season.

Early in the season, the system helped with fires in Arizona and New Mexico. Recently, it helped save homes in southwestern Utah.

Coleman said the scientists at PNNL are still working with the U.S. Forest Service and Bureau of Land Management to fine-tune the system and provide data that is the most helpful.

The idea, he said, is for the information gathered by satellites to provide more detail so that firefighting agencies make more informed decisions.

Coleman said he hopes this system could make firefighters’ jobs more safe and could be less costly for firefighting agencies. 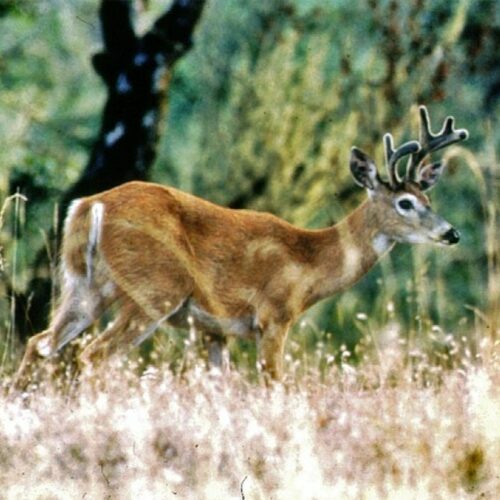 More white-tailed deer are dying in the Northwest of viruses that often cause more die-offs after hot summers and droughts. Continue Reading Northwest Deer Dying Of Drought-Related Viral Disease