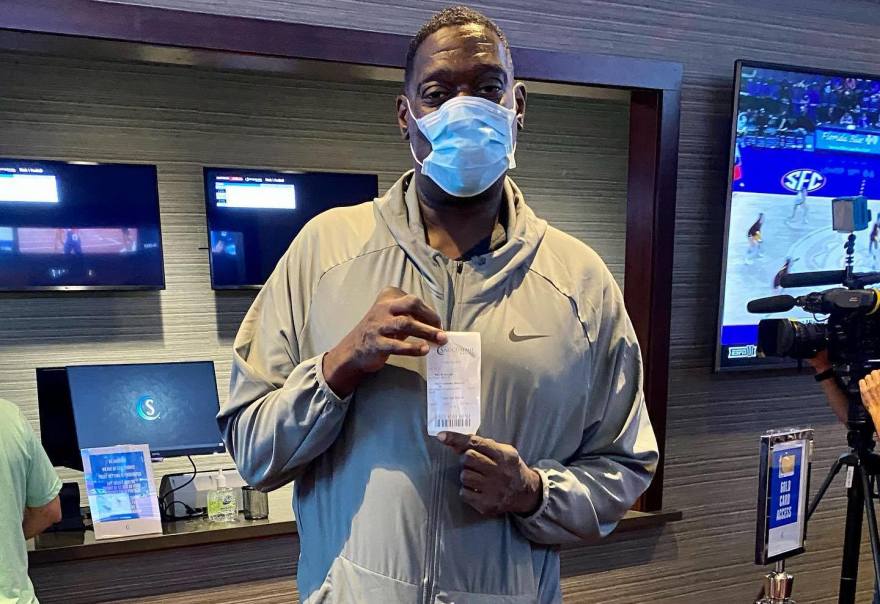 Just in time for the kickoff of the NFL regular season, the first legal sports betting operation in Washington state has opened for business. On Thursday, a line of bettors queued behind a sports celebrity to place their first bets at a tribal casino in the eastern suburbs of Seattle.

Retired Seattle SuperSonics star Shawn Kemp was ushered to the front of the line when the Snoqualmie Casino opened its new sportsbook. Kemp wagered on the Seahawks to win on Sunday when they open their season on the road against the Colts.

The Snoqualmie Tribe is already a winner by launching the first legal sportsbook in Washington. Fifteen other tribes across the state are in the final stages of securing state and federal approval. Under state law, sports betting will be available on the premises of tribal casinos only.

Snoqualmie Casino CEO Stanford Le said it was a historical moment and “a real accomplishment” to open in time for football season.

“We hope to bring in a new audience, especially with Seattle being just one of the country’s most amazing fan bases for sports,” Le said Thursday.

“We had about a hundred [people] who went through in the very first half hour,” Le reported from the sportsbook opening. “The line keeps growing. So, there is a lot of interest here in Washington.”

Football is the most popular sport among American bettors, so there was a concerted push since the spring by interested tribes, the Washington State Gambling Commission and U.S. Interior Department to get tribal gaming agreements and regulatory procedures amended in time for the 2021 NFL season. The Washington Legislature voted in 2019 in favor of introducing sports betting with restrictions on its availability.

When the Snoqualmie Casino posted its sportsbook opening date on Facebook Wednesday, numerous commenters asked whether they could place bets online from their homes or offices. The short answer is that online wagering is not permissible under Washington state law. At best, bettors may be able to download an app that accepts wagers as long as the person is somewhere on casino property.

The federal Interior Department has also approved sports gambling compact amendments for the Puyallup, Tulalip, Spokane, Cowlitz, Squaxin Island, Suquamish, Stillaguamish and Lummi tribes. Their sportsbook openings could be weeks to mere months away. Waiting in the wings close behind are the Kalispel, Colville, Jamestown S’Klallam, Muckleshoot, Shoalwater Bay, Swinomish and Skokomish tribes.

“The launch of sports betting is going to provide a real boost for tribal communities that are still working to recover from the tough impacts of COVID shutdowns,” said Rebecca George, executive director of the Washington Indian Gaming Association, in a statement Thursday. “And the positive benefits will extend well beyond tribal communities themselves.”

Tribes keep all the profits from sports betting to use on governmental purposes such as housing, health care, education and natural resources enhancement.

Since the spring, Washington tribes have funneled cash into a new political action committee to protect their gambling interests, including their monopoly on sports betting in the state. The Tulalip Tribes gave the Washington Coalition for Responsible Gaming PAC a $500,000 contribution, as first reported by the Washington Observer political newsletter. The Jamestown S’Klallam tribal casino kicked in $100,000 and other contributions have increased the war chest to $705,000.

The tribal PAC could be called upon if a chain of private card rooms decides to make another run at claiming a piece of the sport betting action. Maverick Gaming has been turned aside at the Washington Legislature two years in a row after it asked lawmakers to allow sports betting at non-tribal card rooms and horse racing tracks too. Maverick owns 19 neighborhood card rooms across Washington, sometimes referred to as mini-casinos.

Two years ago, Maverick established its own PAC, Washington Wins. That PAC is now sitting on a cool $2.1 million according to state Public Disclosure Commission records. Political observers and tribal interests have assumed Maverick will launch a citizen initiative to expand the availability of sports betting, but the ongoing pandemic has put a chill on signature gathering drives to qualify ballot measures.

A Maverick spokesperson said in an email Thursday that the company’s unionized workers are focused on winning the support of the Washington Legislature to include non-tribal commercial venues in the sports betting marketplace. The Teamsters local that represents Maverick’s dealers and other card room workers recently secured the backing of the Washington State Labor Council for their cause.

Washington is the 24th state to offer legal sports betting, plus the District of Columbia. Five more states have launches pending. The steadily rising number of states to authorize sports wagering comes in the wake of a 2018 U.S. Supreme Court decision that gave states beyond Nevada the option to legalize betting on sports games.

Three tribal casinos on or near the Oregon Coast offer on-premises sports betting as is coming to Washington. Unlike in Washington state though, Oregon sports bettors also have an online option accessible anywhere in the state. That mobile betting platform is solely offered through the Oregon Lottery.

Idaho lawmakers have displayed no interest in legalizing sports betting across the border in the Gem State. California voters will probably get to decide at the ballot box in 2022 if their state should allow sports betting.