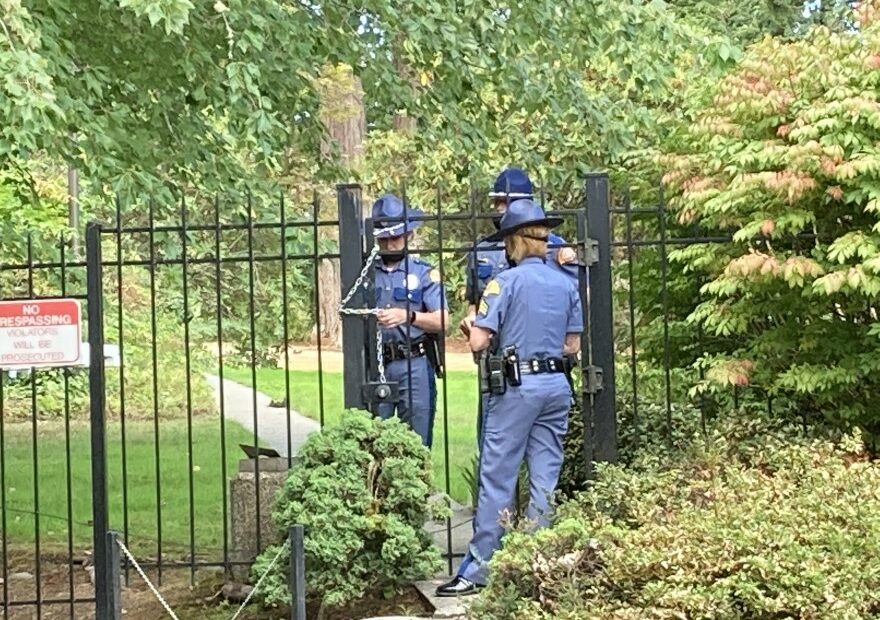 A woman was able to enter the secure grounds of Washington’s governor’s residence on Wednesday before being stopped by the Washington State Patrol. Gov. Jay Inslee and First Lady Trudi Inslee were not home at the time. The security breach follows a much larger incident on January 6 when a group of pro-Trump supporters forced open a gate and spilled onto the mansion lawn, eventually making their way to the mansion’s front portico.

A woman abandoned her car and her dog at a security perimeter on Washington’s Capitol Campus Wednesday morning and then managed to access the secure grounds to the governor’s residence before she was stopped by the Washington State Patrol.

Gov. Jay Inslee and First Lady Trudi Inslee were not home at the time of the security breach, according to Inslee’s office.

It was not immediately clear what motivated the woman to enter the landscaped grounds to the mansion, located adjacent to the Capitol building, but a State Patrol spokesperson said she appeared confused and unaware of her surroundings.

“She didn’t know where she was at,” said Sgt. Darren Wright. He added that it did not appear she posed a threat.

Wright said the patrol was looking into how the woman accessed the mansion grounds. However, state troopers were seen inspecting a side gate accessed by a short set of stairs that have a chain across them and a sign that reads “NO ACCESS.”

Troopers subsequently secured the gate with a large chain and padlock.

This latest security breach follows a much larger incident on January 6 – the same day a mob stormed the U.S. Capitol — when a group of pro-Trump supporters forced their way through the front gate to the residence, spilled onto the lawn and eventually made their way almost to the front door.

The Inslees were home at the time of that incident and had to be quickly ushered to safety by the State Patrol’s Executive Protection Unit. Troopers eventually corralled the dozens of protesters and pushed them back outside the perimeter.

That unprecedented breach sparked questions about the adequacy of security at the residence, which is guarded by state troopers and troopers-in-training called cadets. It also prompted state lawmakers during the 2021 legislative session to appropriate nearly $2 million in the capital construction budget for security upgrades to the executive residence.

That funding is supposed to pay for improved fencing, new gates and bollards, along with improved video surveillance and lighting.

“Both [political] parties came to the conclusion that we needed to have some upgrades to the governor’s mansion security,” said Democratic state Sen. David Frockt, the lead capital budget writer in the Washington Senate, in an interview last spring.

However, as of Wednesday, the gates and fences had not yet been replaced. A spokesperson for the Department of Enterprise Services (DES), which oversees the Capitol Campus, said efforts to secure a design consultant for the work are currently underway.

Separately, Inslee’s office said the governor’s chief of staff and deputy chief of staff met with DES on Tuesday to discuss the progress of the security upgrade project.

Meantime, DES said that since January “substantial measures” have been taken to increase security on the Capitol Campus.

In 2015, security at the mansion was increased following two trespassing incidents.

The incident Wednesday began shortly before 10 A.M. when the woman was spotted inside the perimeter fencing and stopped by security staff. Later, she was seen unhandcuffed talking with troopers who then called firefighters and medics to evaluate her. She was eventually transported by ambulance to the hospital.

It appeared the woman had driven up to a set of large concrete planters that prevent cars from entering the flag circle which separates the Capitol building from the Temple of Justice.

She left the car there, with her dog inside, partially blocking the road and made her way on foot another 100 yards or so to the mansion fencing. At that point, she was apparently able to find a way to access the grounds.

Once troopers removed the woman from the mansion grounds, they spoke with her outside the main gate. She was then seen willingly getting into the back of a State Patrol vehicle where she sat until medics arrived.

As she prepared to leave for the hospital, she was overheard asking about her dog. A trooper told her the dog would be taken to a local animal shelter for safe-keeping. 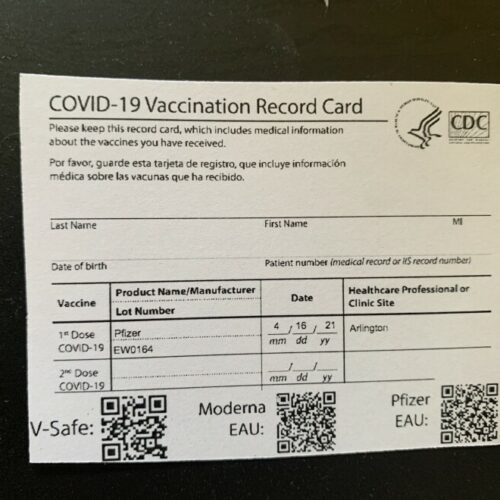