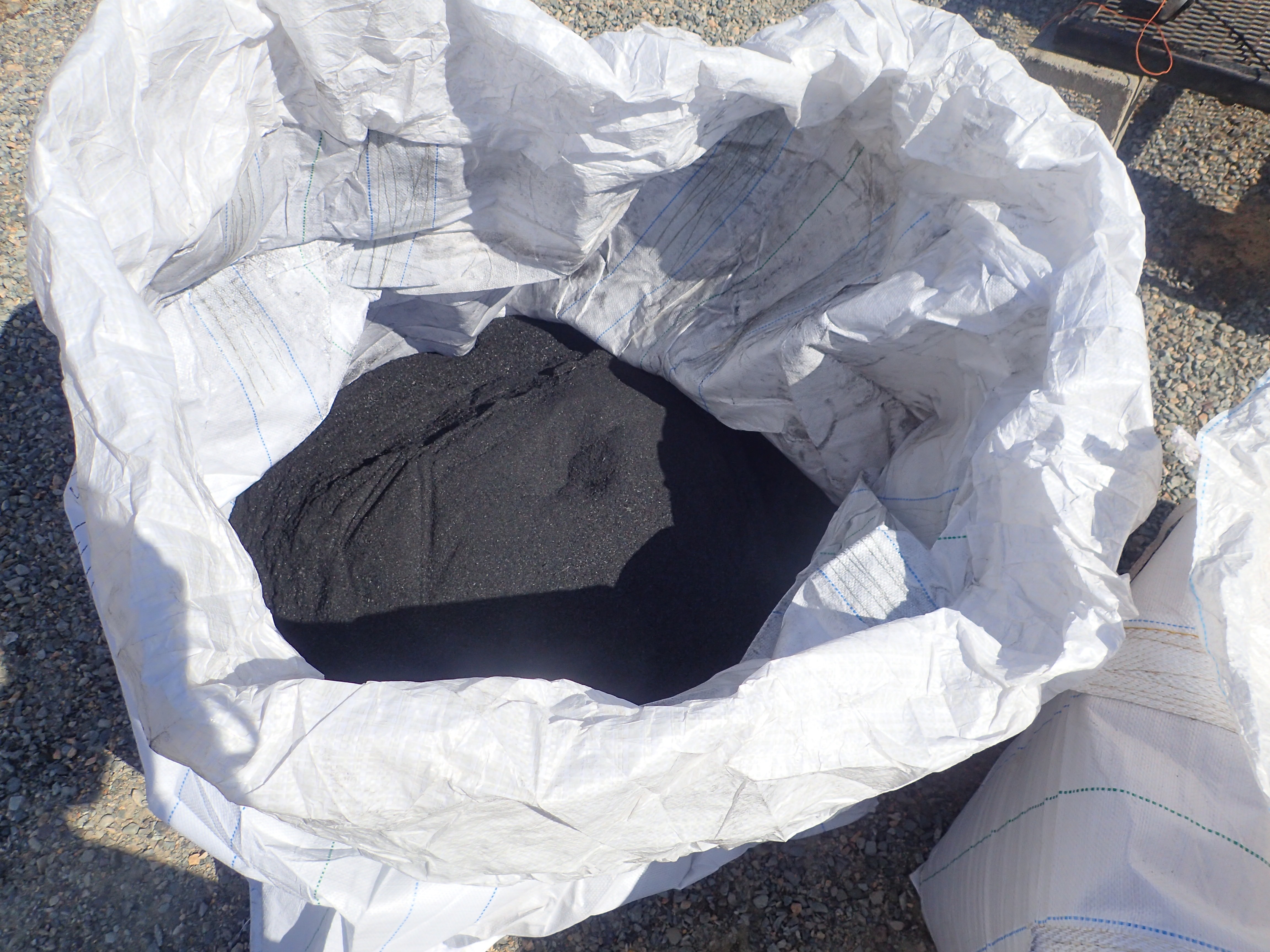 Fire scorching the forests of the Methow Valley in North Central Washington has become a devastating yearly event.

“It’s becoming one of those things that, every year you get into, May, June, and people start to hold their breath, knowing that any day the world could change for us,” Methow Valley resident Tom McCoy says.

Wildfire season has expanded year after year across much of the West, as hotter temperatures and drier conditions meet up with forests filled with underbrush and matchstick-like trees – products of poor forest management and fires of the past. 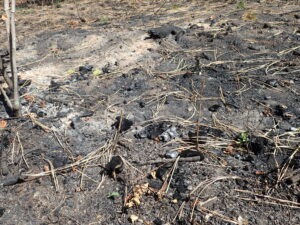 This summer alone, Tom’s wife Gina says there have been two fires which have threatened three towns in the valley.

The situation can feel uncontrollable, but the McCoys have decided they can do something about it. For Gina, her wakeup moment was when she saw a forest service study in 2018 evaluating the risk of wildfire in communities across the state.

The McCoys decided they can change this devastating trend through a process called pyrolysis. They’ve started the nonprofit C6 Forest to Farm, which was awarded $160,000 in the Washington state legislature’s 2021-23 budget, to create a pyrolysis research and demonstration project. 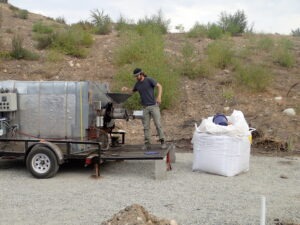 Sen. Brad Hawkins of District 12 submitted the project to the legislature. He sees pyrolysis as another tool in the toolbox of managing forest health, something he thinks local, state and federal entities need to work together on.

In the forests of the Hawkins’ district, there is an overabundance of small-diameter trees and woody debris – fuel for wildfire – which he says is a result of decades and decades of policy decisions at the state and federal level.

Pyrolysis takes this excess biomass and heats it beyond typical combustion temperatures in a low-oxygen environment. From this, the forest fuel load is reduced and carbon from the biomass stays stored in the by-products.

“It’s like the ideal vehicle for moving carbon from where there’s too much of it to carbon where there’s not enough of it, like our soils,” Gina McCoy says.

The by-products can be marketed and used in a variety of ways. The most common use for biochar, the solid charcoal like by-product of pyrolysis, is as an agricultural soil amendment, according to Tom McCoy.

Dr. Manuel Garcia-Pérez, professor in the Biological Systems Engineering and department chair at Washington State University, says pyrolysis would allow them to take the excess carbon burning mostly on the east side of the Cascades and use it to make soil across the state more fertile. He’s excited that the McCoys are citizens taking action to try and address a problem in their community. 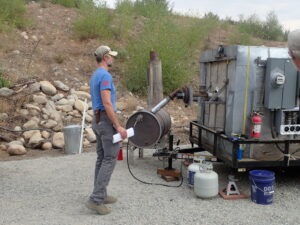 Board member Bret Richmond monitoring the thermal oxidizer as it combusts vapors
generated by the pyrolysis process. CREDIT: Tom McCoy.

“I mean, those are citizens, that are responsible citizens, that they had a problem in their community and they’re taking it in their hands, you know, they’re saying, ‘no, we need to do something’ — they’re trying to be proactive,” Garcia-Pérez says.

Garcia-Pérez is optimistic about the potential of this technology to benefit the environment, while also being profitable through the use of its by-products, which can contribute to society in a number of ways. There’s potential for biochar to be used in asphalt and building construction.

Sen. Hawkins feels positive about the direction the state is moving in in regards to forest management and prioritizing wildfires as a concern statewide. House bill 1168, which passed in the last legislative session, provides additional resources for firefighting, as well as commitments to long-term forest management practices.

C6 Forest to Farm will start their research using Ponderosa Pines and Douglas Firs from the valley’s forests. The McCoys’ hope is that their demonstration in the Methow Valley will provide a model for others to use wherever it’s needed.