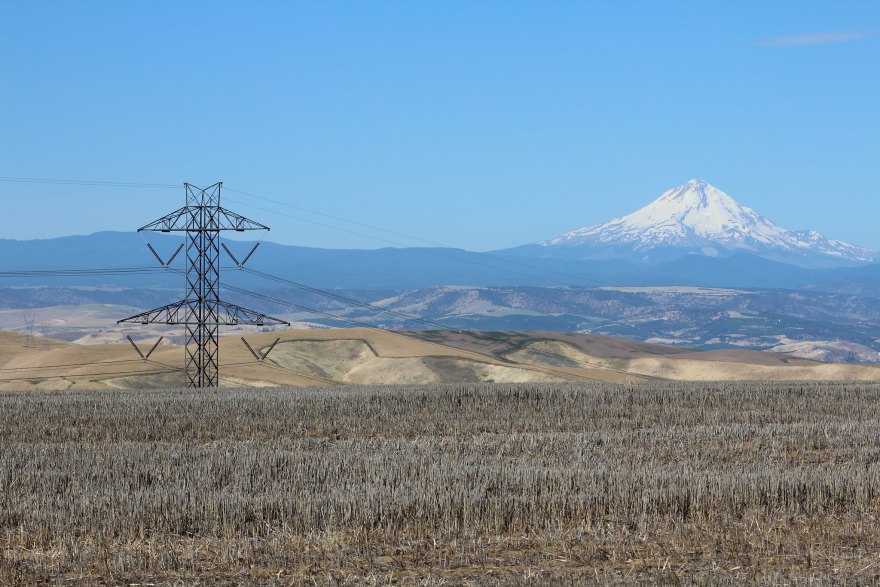 The draft Northwest Power Plan is dramatically different from previous versions. People can comment on the plan through Nov. 19.

More renewable energy development and less room for energy conservation are two of the biggest changes in the draft of the new regional power plan.

The Northwest Power Plan guides the electricity demand decisions of the Bonneville Power Administration over the next 20 years.

Energy experts say the draft of the 2021 Northwest Power Plan is dramatically different from previous versions.

For renewable resources, such as wind and solar farms, much has changed over the last few years, Kujala said.

For one, it’s a lot cheaper to construct renewable energy projects, he said.

“What it costs to put those renewable energy plants in is a big driver in how much you use them in the electric utility industry,” Kujala said.

Secondly, many states, including Washington and Oregon, have passed legislation to phase out fossil fuel plants. That means more renewable energy projects will be built to meet the demands of the state laws as coal-fired power plants are shut down.

“It seems like you’ve kind of tipped over the precipice of really seeing renewables playing a pretty substantial role,” Kujala said.

However, energy advocates said the plan would reduce the share of energy efficiency required from the Bonneville Power Administration by around 14%, said Lauren McCloy, policy director of NW Energy Coalition.

“Reducing BPA’s role in energy efficiency is unfair to customers of small rural utilities since many rural areas rely on BPA’s program as the only source of funding for energy efficiency,” McCloy said.

For example, a lot of small changes, such as switching to LED lights instead of incandescent bulbs, added up to a lot of big energy savings, Kujala said.

However, he said, Northwesterners have made so many small changes that energy conservation choices now cost more. Think: installing an expensive ductless heat pump versus an LED lightbulb.

McCloy said the Northwest for years has led many other parts of the country in the amount of energy it conserves through efficiency.

“It’s been one of the main reasons we’ve been able to keep utility rates and bills low in our region,” McCloy said.

Another big change to this plan is that it factors in the effects of climate change on energy resources and the demand for power more than earlier plans, Kujala said.

“We really tried to use climate change models as a basis for looking at the future conditions,” he said, referring to hydropower and changing river flows.

In addition, the NW Energy Coalition would like to see more energy storage options in the plan, McCloy said, especially energy storage that is paired with renewable energy projects.

Moreover, McCloy said this is the first time the plan has included diversity, equity and inclusion considerations in power planning. A forum this February found gaps in the region’s data on equity in power planning.

In an earlier interview, Bill Edmonds, Northwest Power and Conservation Council executive director, said the previous power plan tasked the council with studying energy efficiency programs for lower income and rural people. He said this power plan would build on that.

“There may be some work that the region has to do, possibly that the council has to do that helps us gather more important and appropriate data to consider equity in power planning,” Edmonds said.

That would include close consultation with tribes on fish issues and hard to reach people, he said.

The Northwest Power and Conservation Council recommended a series of workshops to look at equity power data. Eventually, the council would develop a framework to include more equitable power generation, transmission, and distribution in its analyses.

The Northwest Power and Conservation Council, charged with updating the plan once every five years, is conducting public hearings online for people in Montana, Washington, Oregon, and Idaho. People don’t have to live in the state to testify at its hearing, but state resident comments will be prioritized during the meetings.

All meetings will be held online:

The public can comment on the power plan through Nov. 19.