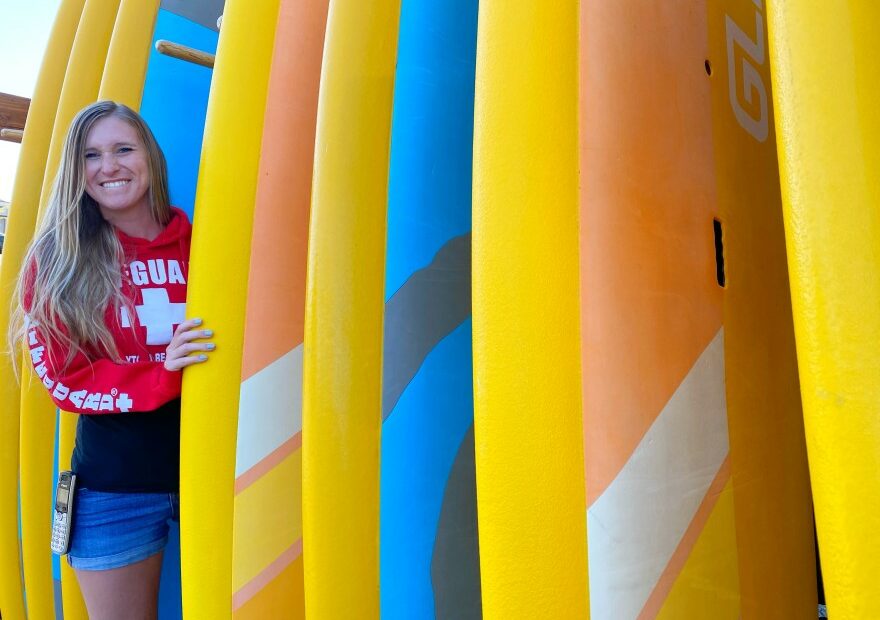 Health officials are testing Tri-Cities, Washington drinking water twice a week for toxic algae since a half-dozen dogs were sickened or died recently after being on the Columbia River. And the rivershore is closed in Howard Amon Park in Richland. But toxic algae is a nationwide problem, and we still have much to learn.

Krista Ann Patterson lets some air out of an inflatable paddleboard — it makes a deafening whoosh.

Patterson owns this paddleboard rental shop near the Columbia River shore with her mom in Richland, Washington. 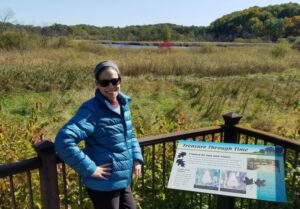 Anne Schechinger, here at a pond at the Minnesota Landscape Arboretum, says there are many forms of toxic algae that aren’t that well understood yet. CREDIT: Anne Schechinger

Business has been tough since the rivershore was closed to the public for toxic algae. Before that it was the pandemic, then shipping delays for her merchandise and staffing shortages. Now, this river closure is happening during her money-making months.

“It’s kind of laughable at this point,” she says. “I’ve definitely cried but at this point I’m just kind of laughing. Cause of course, of course there’s toxic algae, after these two years. But seriously. Like, what in the world?”

Health officials are also testing Tri-Cities drinking water twice a week for toxic algae since a half-dozen dogs were sickened or died recently after being on the Columbia River. And the rivershore is closed in Howard Amon Park in Richland. The Columbia River being tainted with toxic algae is surprising to many — the river is usually deep and cool. But this year a drought, heat events and a hot summer have all contributed to the problem. And there is still a lot to learn about toxic algae.

“So, it’s been a problem for many many years, but it’s definitely getting worse,” says Anne Schechinger, with the Environmental Working Group, a watchdog organization based in Washington, D.C.

She says there aren’t many federal or state regulations around algae, just Environmental Protection Agency recommendations for some levels. In fact, a new report this week by the EPA’s independent Inspector General says the federal agency needs to focus on preventing more frequent harmful toxic algae blooms as the climate warms. Schechinger even has a weekly-updated map of algae outbreaks or deaths across the country. She says in many ways the algae bloom on the Columbia River isn’t surprising. Climate change, heat, drought and nutrients cause blooms. 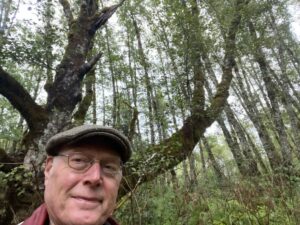 “If you look upstream of where the algal bloom has occurred in the Columbia River, there’s a ton of agriculture in the watershed,” Schechinger says. “There are farm fields even right up next to the river. So we know that this algae bloom is feeding off nutrients that come from farm fields.”

Schechinger says algae can sicken or kill animals and people many ways: breathing in dried dust, inhalation of toxic mist or air, irritating the skin and drinking it. And she says there are four classes of toxins that we can test for. But she’s also worried about what we don’t know.

“There are potentially thousands of different varieties of cyanotoxins,” Schechinger says. “And we don’t even know all the different ones that exist.”

Wayne Carmichael is a retired scientist who now lives on a 140-acre forest in the northern Oregon coastal range, near Astoria. He shows off a nearly-100-year-old alder tree on his property.

He’s led study on toxic algae for nearly 50 years with expertise in botany, microbiology, toxicology and pharmacology. He’s well-known in aquatic biology science circles. Carmichael says toxic algae is an ancient life form that’s been here long before humans — they helped create the atmosphere for all living forms that need oxygen. But now it’s grown into a climate problem like the wildfires in California and Oregon. And he says there’s few short-cut ways to beat algae.

“Whether they’re reservoirs, lakes, rivers, ponds, anything,” Carmichael says. “We pollute them [bodies of water] too much, we put too many nutrients in them, we extract water from them for various reasons — so that the water flow is low, they don’t have good flushing rates for lakes and reservoirs anymore — all those things contribute to it.”

Carmichael gets a bit frustrated by the continuous study of where, why and how the blooms are happening. He says it’s time for action on algae. Carmichael says nutrients have to be extracted out of water bodies. Industrial chemicals, fertilizers, manure and human waste have to be reduced. And more water flow is required.

“If you don’t go beyond just knowing where it’s at you’re never gonna to do anything about it,” Carmichael says. “So, that’s what I mean that we’ve been repeating the same thing that we’ve been doing for 50 years.” 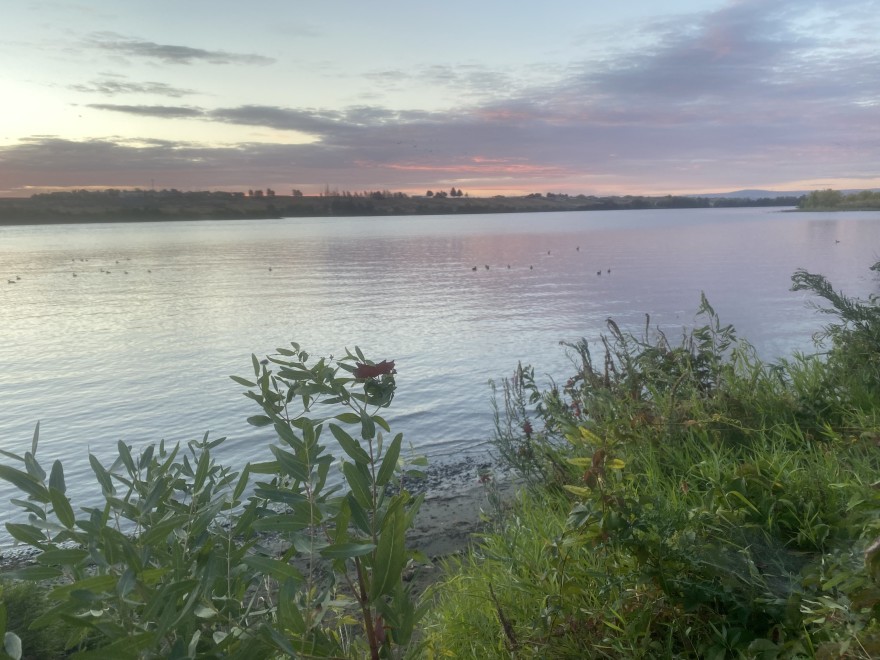 For the city of Richland, testing for toxic algae in Columbia River drinking water is costing up to $2,500 weekly. Results take more than a week. Officials plan tests until the toxins go away. CREDIT: Anna King

Carmichael and other experts say with a growing Northwest population, industry and climate change — toxic algae blooms are expected to happen more frequently.

Tri-Cities and state officials intend to keep testing the Columbia River drinking and recreational water until the toxins don’t show up.