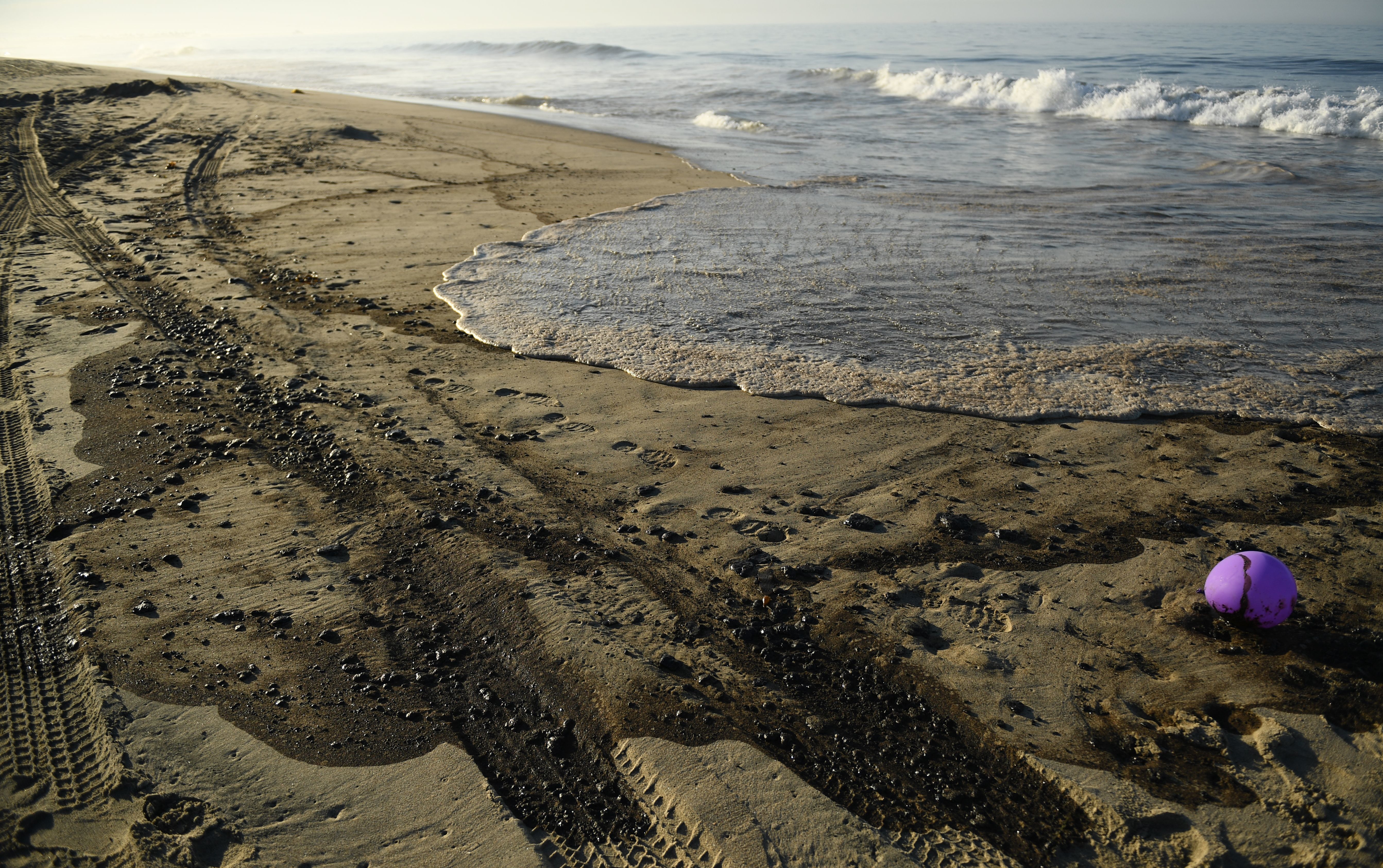 More than 120,000 gallons of oil that spilled into the Pacific Ocean has reached the Southern California coastline, closing parts of the beach as officials warn residents to stay away from the slick. 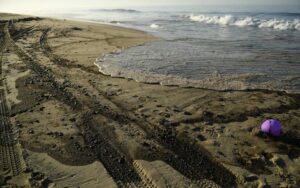 Oil is seen on the beach in Huntington Beach, California on October 3, 2021, after a pipeline breach connected to an oil rig off shore started leaking oil, according to an Orange County Supervisor. CREDIT: PATRICK T. FALLON/AFP via Getty Images

Federal, state and local agencies are racing to determine the cause of the spill, which is at least 13 square miles in size, and mitigate its impacts.

“The ramifications will extend further than the visible oil and odor that our residents are dealing with at the moment. The impact to the environment is irreversible,” Orange County Supervisor Katrina Foley said in a statement on Saturday.

“We must identify the cause of today’s spill, and for the greater good of our cities, beaches, and coastal ecological habitat we need to understand how to prevent these incidences moving forward,” she added.

The cause of the spill remains under investigation, the U.S. Coast Guard said on Saturday. It announced that it was working with the California Department of Fish and Wildlife’s Office of Spill Prevention and Response, local agencies and Beta Offshore, an oil production company, on the response.

Foley said the spill came from the oil rig Platform Elly, which Beta operates about 8.6 miles from land. Amplify Energy, Beta’s parent company, did not immediately respond to a request for comment.

Coastal communities respond to the spill

The city of Huntington Beach reported “substantial ecological impacts” on its beach and wetlands from the spill, and urged residents to steer clear of the area “due to the toxicity of the spill.” Local officials closed part of the ocean and cancelled the third and final day of the Pacific Airshow to facilitate clean-up efforts and to protect the health of attendees.

The nearby city of Newport Beach said on Saturday that it was it bracing for oil to come ashore as well.

According to the Coast Guard, trained spill response contractors were working to clean up the slick and public volunteers were not needed.

Ecological damage has been reported

The damage caused by the spill could be substantial, public officials and environmental advocates said. 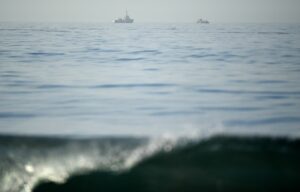 Boats helping clean up an oil spill are seen from the shore in Huntington Beach, California on October 3, 2021, after a pipeline breach connected to an oil rig off shore started leaking oil, according to an Orange County Supervisor. CREDIT: PATRICK T. FALLON/AFP via Getty Images

“The hundred-thousand of gallons of oil that spilled into the ocean near Huntington Beach provide a stark and dark reminder that oil is dirty, dangerous, and can make our air and water too toxic for life,” Laura Deehan, state director of Environment California, said in a statement.

“The oil from the spill has already washed up onto Huntington Beach and the Talbert Marsh wetlands, an area that’s home to vibrant birdlife, including great blue herons, pelicans and endangered California least terns, which migrate up the Pacific Coast. The coast is also the habitat for myriad non-avian marine life, from fish that we eat, such as tuna and sea bass, to sea turtles, dolphins and whales,” Deehan added. “This spill threatens all of them.”

Foley tweeted early Sunday morning officials had already started to find dead birds and fish in the wake of the oil slick.

She added that she had spoken with Newport Beach Mayor Brad Avery, who told her that while he was returning on his boat he saw dolphins swimming through the oil.

“It sounds worse than the information slowly trickling in,” Foley said.

California officials encouraged residents not to approach “oiled wildlife” but rather to report any animals impacted by the spill to the Oiled Wildlife Care Network by calling 1-877-823-6926.