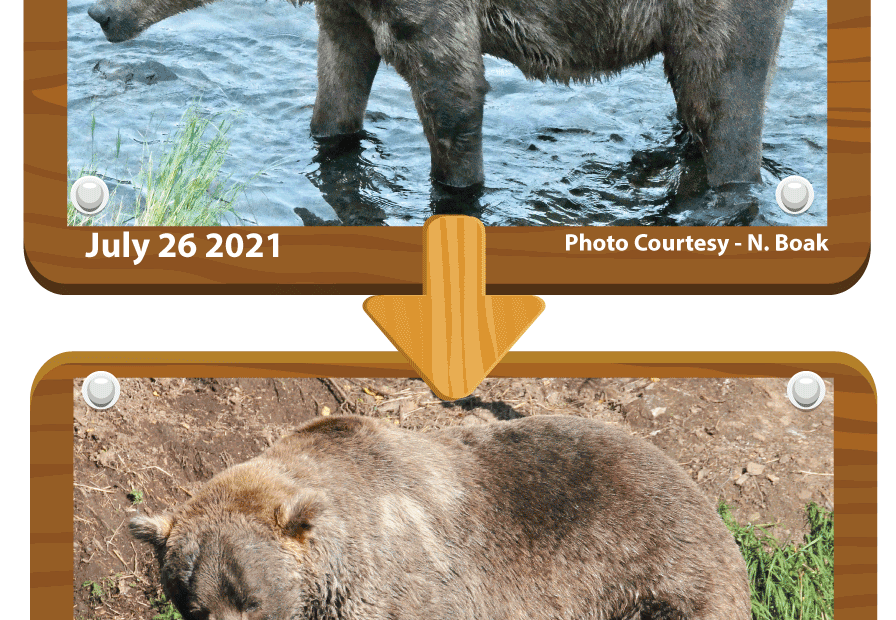 Fat Bear Week Has A Champion: All Hail 480 Otis 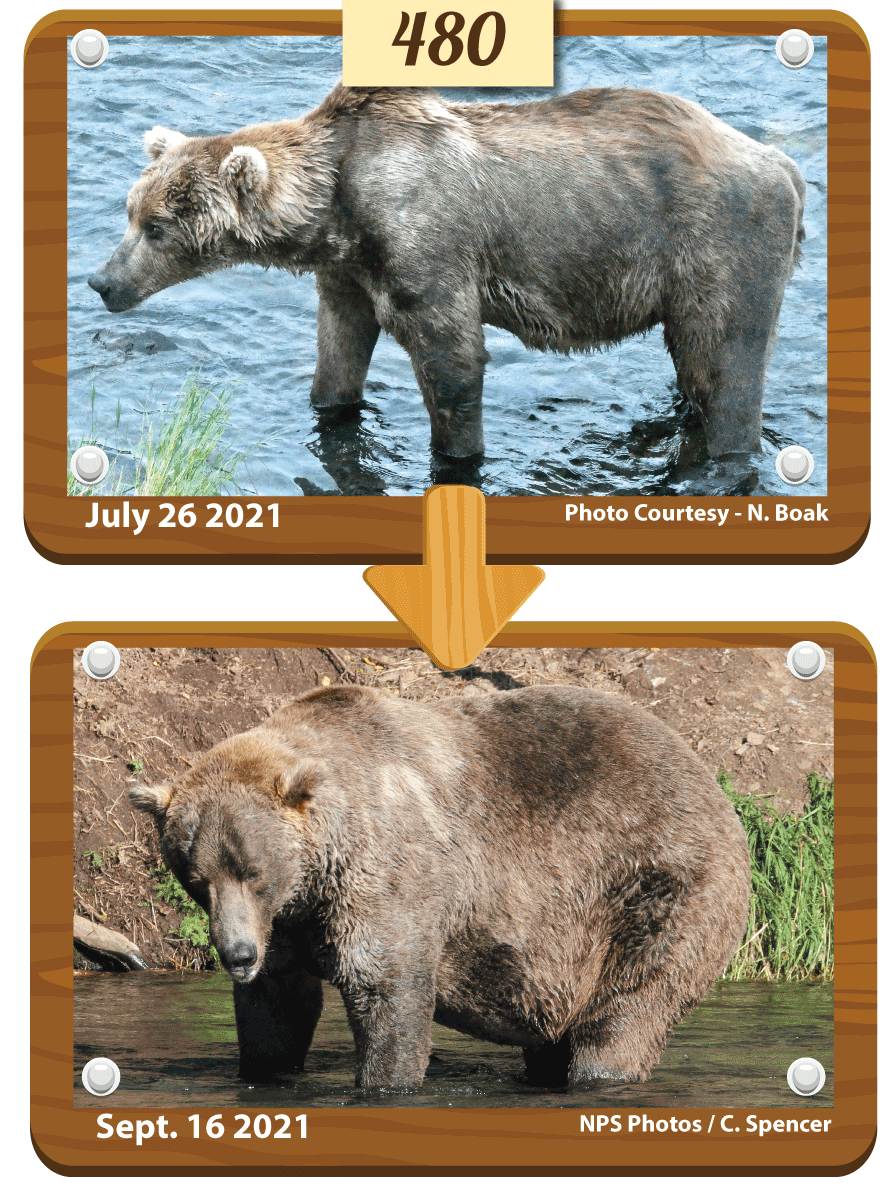 480 Otis, who is believed to be around 25 years old, emerged from hibernation looking very thin and facing health problems. But he deftly navigated both inter-bear relationships and a salmon-rich river to put on much-needed weight. CREDIT: N. Boak/National Park Service

They went pound for pound, gut to gut. Coming into the final round, both animals had fervent support online. But in the end, 480 Otis was crowned the winner of the Fat Bear Week tournament — a competition made all the more unique by the fact that none of its entrants have any idea it exists.

Fat Bear Week is put on in Alaska by the Katmai National Park and Preserve, explore.org and the Katmai Conservancy, as a way to highlight the park’s natural beauty and to share the story of its large brown bear population.

The bears’ annual hibernation cycle requires them to pack on pounds during the summer — which they do by feasting on salmon in the park’s Brooks River. Their hunger is driven by months of starvation, as well as the impulse to prepare for another winter.

480 Otis took his fourth Fat Bear title by vanquishing 151 Walker, a younger bear who has impressive size but lacks the do-you-believe-in-miracles comeback story of 480 Otis. The older bear, believed to be around 25, emerged from hibernation a bit late this year, looking very thin and facing health problems.

“In particular, he is missing two canine teeth and many of his other teeth are greatly worn,” Explore.org says in the bear’s bio. “Otis must also compete with younger and larger bears who want access to his fishing spots. Otis is more likely to be displaced by these bears than he is to displace them.”

In addition to his extraordinary ability to fill out his frame, 480 Otis’ fans say they simply prefer the champ’s more mellow personality, citing the patience he shows with other bears. Then there are the fishing skills, and his refusal to waste energy chasing salmon around.

480 Otis is admired for his perseverance and fishing skills

A commenter on the Fat Bear website sums up the bear’s appeal: “His perseverance, will to live (he was having such difficulty walking at first; his hind legs had problems), and skill as an angler — plus his inter-bear communications — well, they just spoke to me.”

480 Otis’ fans admit that he’s no spring chicken. But as he’s proven yet again, he is indeed a fall bear in full — one who’s busy preparing for another winter hibernation.

The bear is not resting on his impressively stout laurels. Like a true champion, the “portly patriarch of paunch” is “still hard at work chowing down,” the Katmai National Park said.

If you want to check in on the bears, you can watch a live video that’s streamed from Brooks Falls, one of their favorite fishing spots. There are also other nature cams available showing views of the park and the animals who live there.