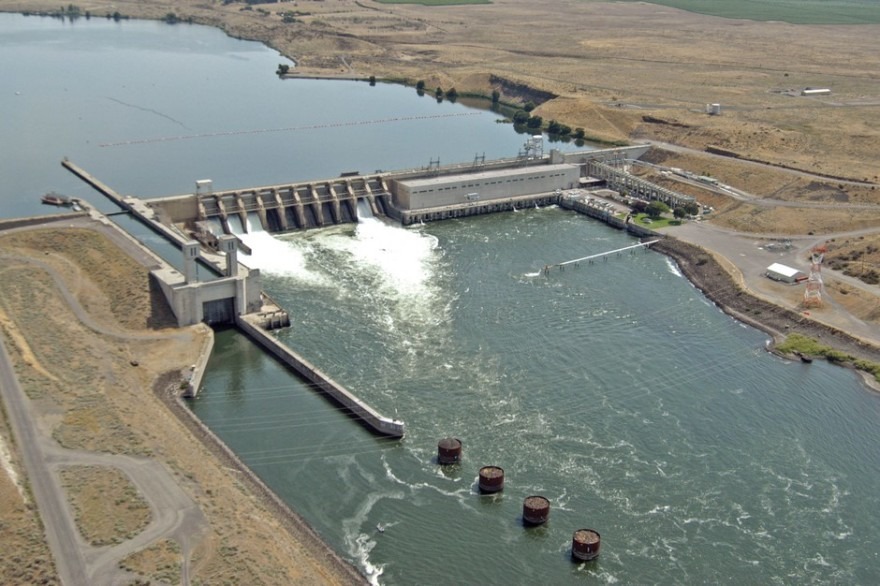 A process to restore salmon runs in the state, including an in-depth study of potentially replacing four dams on the Lower Snake River in southeastern Washington, was announced today by Sen. Patty Murray, D-Washington, and Washington Gov. Jay Inslee.

The details on the federal and state plan have been in the works since May, when Inslee and Murray decided more scientific study should look into the fate of the four controversial Lower Snake dams.

“We approach this question with open minds and without a predetermined decision. Both of us believe that, for the region to move forward, the time has come to identify specific details for how the impacts of breach can, or cannot, be mitigated,” according to a joint statement from Murray and Inslee.

The two Democrats said they will finalize recommendations by July 31, 2022, noting urgent threats to salmon runs.

Removing or altering the four dams to help salmon migration on the Lower Snake must be approved by Congress.

Murray and Inslee’s plan comes after Rep. Mike Simpson, R-Idaho, outlined a comprehensive $33.5 billion proposal to breach the dams and fund ways to replace the benefits they provide, including irrigation, transportation, and energy generation.

Building upon those earlier discussions, Murray and Inslee said their plan would not start from scratch. They said this process would encompass a wide range of views across the region.

“We will build on the important data and previously conducted research on these topics to help guide the process. Between now and July, we will also engage in robust outreach to communities across the Pacific Northwest to solicit their views as part of this process,” according to the statement.

The process also will include tribal consultation, according to the statement.

On the federal side, Murray said she will seek funding in 2022 from the Water Resources Development Act, which funds civil works projects every two years by the U.S. Army Corps of Engineers. The money will be used to study the costs and challenges of breaching the dams and other options to save salmon runs.

These types of studies are needed prior to removing or altering the four dams on the Lower Snake, Murray and Inslee said. In the past, changes to Army Corps projects, such as dam breaching, haven’t happened without similar cost and impact studies.

Experts will combine current information about options to replace the dams into an assessment. The experts also will note what they don’t know regarding potential dam removal.

Tribes, communities, river users, and people dependent on the river will be able to review the assessment. People will be able to submit written comments later in the process.

Conservation groups that have advocated for dam removal said they looked forward to the discussions about removing the four Lower Snake River dams. However, the groups said, time is running out.

“The loss of salmon is an existential threat to Native Nations, fishers, business owners, economies, and communities. Salmon is a critical part of life for people across the state,” said Alyssa Macy, Washington Environmental Council and Washington Conservation Voters CEO. Macy is a citizen of the Confederated Tribes of Warm Springs.

“For tribes, this is a moment of frank demand that the United States address 90 years of tribal and environmental injustice imposed by the Columbia power system on tribes and their lands and waters,” Penney said.

The hydropower system was built on the homelands, rivers and reservations of 19 Columbia Basin tribes, Penney said.

On Thursday, the Nez Perce Tribe, the state of Oregon, a coalition of conservation groups agreed with the Biden administration to pause litigation over the federal plan that guides Columbia and Snake river hydropower operations. If a federal judge approves the pause, litigation will be on hold through July 31, 2022, allowing time to discuss the new plans.

“This appears to be nothing more than a predetermined backdoor deal in the making, and it should sound the alarm for anyone interested in transparency and a balanced public dialogue over the vital role the dams play in the Pacific Northwest,” according to a joint statement from Newhouse, McMorris Rodgers, and Herrera Beutler.

However, Miles Johnson, staff attorney for the conservation group Columbia Riverkeeper, said the pause signals that the Biden administration is serious about finding solutions to protect endangered salmon and steelhead.

He said today’s proposal from Murray and Inslee also signals a hope for quick solutions.

“The timeline that they’ve set out shows that they understand that we can’t just talk this to death for the next 10 years,” Johnson said. “We need to take action as soon as we can.”

Johnson said that action has a political window because midterm elections are next fall.

“The next several months are going to be really critical,” he said.

However, proponents of keeping the dams in place said Murray and Inslee shouldn’t solely focus on the Lower Snake River to help Northwest salmon populations. Instead, focus should include every part of salmon’s life cycle, including time spent in the ocean, said Scott Clemans, Pacific Northwest Waterways Association spokesperson.

“The Lower Snake River is part of a larger hydropower, irrigation and transportation system that provides direct benefits to Montana, Idaho, Oregon, and beyond,” Clemans said in a statement. 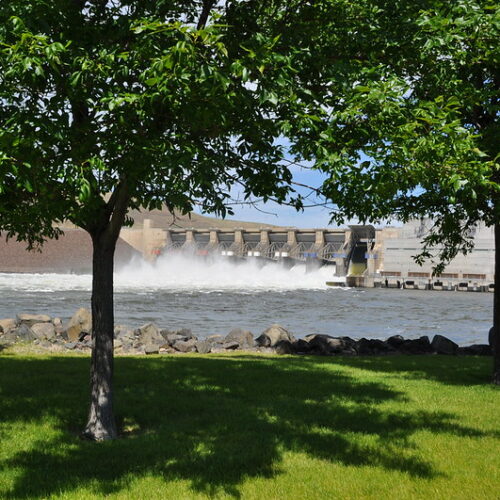