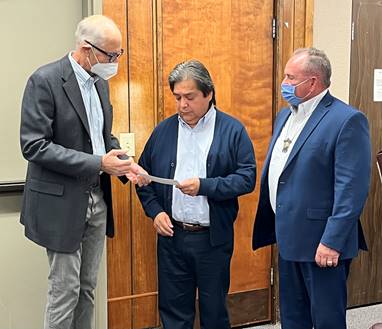 After 25 years, a $608,100 purchase by the Nimiipuu (Nez Perce) tribe to buy back a collection of artifacts was returned this November by the Ohio History Connection.

The return of the monies, which came from OHC’s foundation, follows its renaming in June from the Spalding-Allen Collection to “Wetxuuwíitin’,” meaning “returned after a period of captivity.”

The collection of 21 items from the 1800s was bought back from the OHC in 1996, following OHC’s decision to terminate a loan with the Nez Perce National Historic Park, and a major fundraising effort by the tribe. 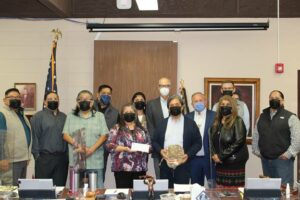 Some of the items in the collection itself includes a women’s beaded dress, a deer hide bag, decorated moccasins, and women’s saddle. The items are priceless to the tribe, Penney said.

The artifacts are not simply art or decor, he said at the executive committee meeting in November, but pieces of the people themselves that retain the spirits of their ancestors.

Board members for OHC, formerly the Ohio Historical Society, had been unaware of the collection until they were invited to attend the renaming ceremony, said Burt Logan, OHC executive director.

After learning about the purchase in 1996, the board decided it was necessary to return the funds.

“We really wanted to begin to repair and heal the pain that we had caused for the Nez Perce,” Logan said. “And after looking at this, over a period of time, we concluded that the most meaningful step we could take would be to return the funds to the Nez Perce that they paid us in 1996.”

The decision to return that money was a simple one, Logan said; if the OHC was in possession of Native American artifacts today, they would be returned, not sold.

Penney said he hopes other institutions will also consider returning collections such as the Wetxuuwíitin’ to their rightful owners.

“I think the tribe is just grateful that they had a change of heart. And basically, many people feel, correcting their wrong that was done to have those items rightfully returned to their homeland,” Penney said. 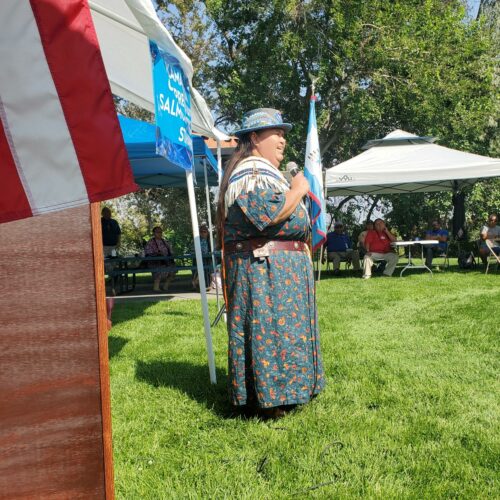