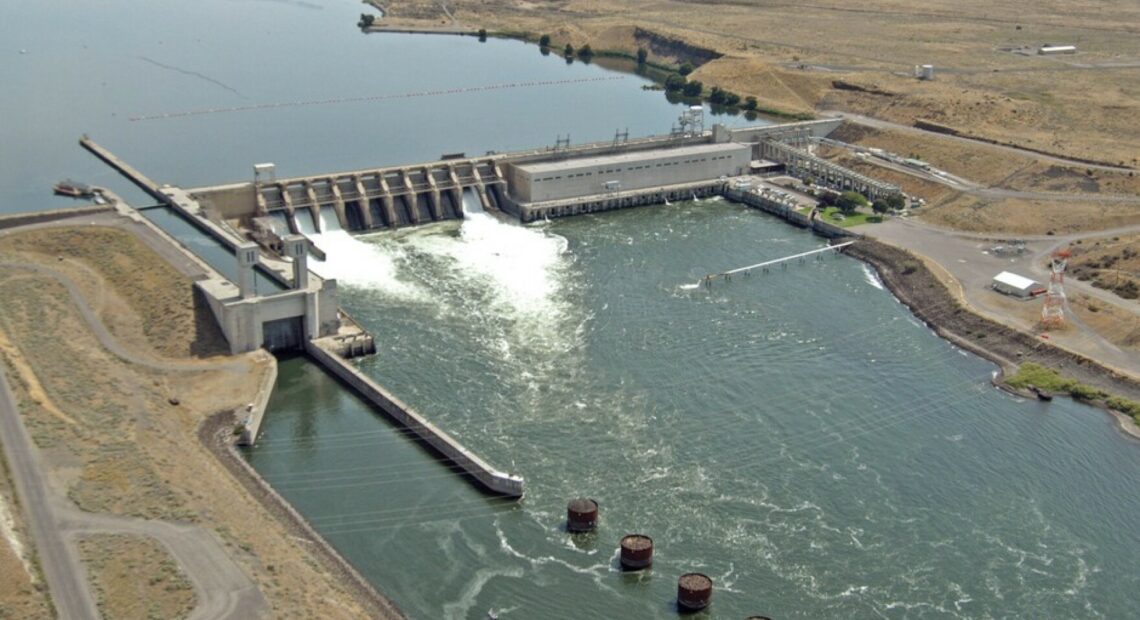 A majority of people in the Northwest want the Snake River dams to stay in place, according to a new survey commissioned by Northwest RiverPartners, an organization that supports the dams.

The newest survey results come on the heels of another survey released by environmental groups, including Washington Environmental Council. In October, the coalition released a survey that found the majority of Washington voters would like the four dams removed.

“Voters across the state are adamant that they do not want salmon to go extinct and puts a little bit of pressure on all our leaders,” said Zachary DeWolf, spokesperson for the Washington Environmental Council, of the earlier results.

The difference comes from the framing of the survey, Miller said.

Research on survey questions from the Pew Research Center has found people answer questions differently over phone and electronically, known as the mode effect.

In contrast, the environmental groups asked respondents over phone and text about their support of a plan to replace the benefits provided by dams, such as transportation, irrigation and renewable energy.

For other best practices, Kennedy said, questions shouldn’t have too much jargon or lead respondents toward a potential response.

The Northwest RiverPartners recent survey asked 1,200 people in Washington, Oregon and Idaho whether they support hydropower generated by the Lower Snake River dams.

The earlier environmental group survey found 59% of 800 Washington voters surveyed support a plan to remove the dams in an effort to protect imperiled salmon and steelhead.

In addition, the Northwest RiverPartners survey found 29% of respondents believed the dams are a major source of trouble for salmon and orcas and should be removed.

“I think it’s important for policymakers to know that just because they’ve heard a lot of really loud voices calling for dam breaching, that does not represent a majority view,” Miller said.

The most recent survey results come days after Washington Gov. Jay Inslee, a Democrat, announced a $187 million salmon policy brief that would look at restoring salmon habitat and align hydropower with salmon recovery.

“Healthy salmon populations mean healthy water systems,” Inslee said in a statement. “This approach is based on the latest science and tailored to address the stressors in the diverse regions of our state, spelling out the many different actions we must take to protect and restore salmon.”

Inslee and Sen. Patty Murray, D-Washington, plan to study whether the controversial Lower Snake River dams can be replaced. Many biologists say the dams in southeastern Washington harm salmon survival rates. At the same time, the dams provide irrigation, transportation and renewable energy to the region. A report is expected this summer.

Prior to Inslee and Murray’s plans, Rep. Mike Simpson, D-Idaho, announced a $33.5 billion proposal that also looked at ways to replace the benefits provided by the four dams. The Simpson proposal didn’t garner much support from Washington politicians.

Breaching the four dams would require approval from U.S. Congress.

The earlier poll commissioned by environmental groups explained the broad principles of Simpson’s proposal and asked whether people supported those ideas.

In the Northwest RiverPartners survey, Miller said, survey respondents picked from a list of concerns related to the breaching of the four dams. Around 43% said increased electricity costs concerned them, while 35% of respondents didn’t want to lose a source of carbon-free energy.

Lower on the list of concerns, 12% worried about increased risks for blackouts, and 20% worried about risks to low-income communities, both issues Miller said deserve more attention.

“Is the public aware as they should be about some of these other issues that are involved?” Miller said.

The independent firm DHM Research conducted the Northwest RiverPartners survey from July 26 to Aug. 3, electronically targeting respondents that align with the geography, political affiliations, and race and ethnicity of people in each state. The regional results show a 2.8% margin of error, while the state-specific results have a 5% margin of error at 95% confidence level.

For the environmental group survey, The Mellman Group, a polling firm based in Washington D.C., contacted voters in late July by landline, cell phone and text. The Water Foundation, a California-based environmental group, funded the poll. The poll has a 3.5% margin of error at a 95% confidence level.