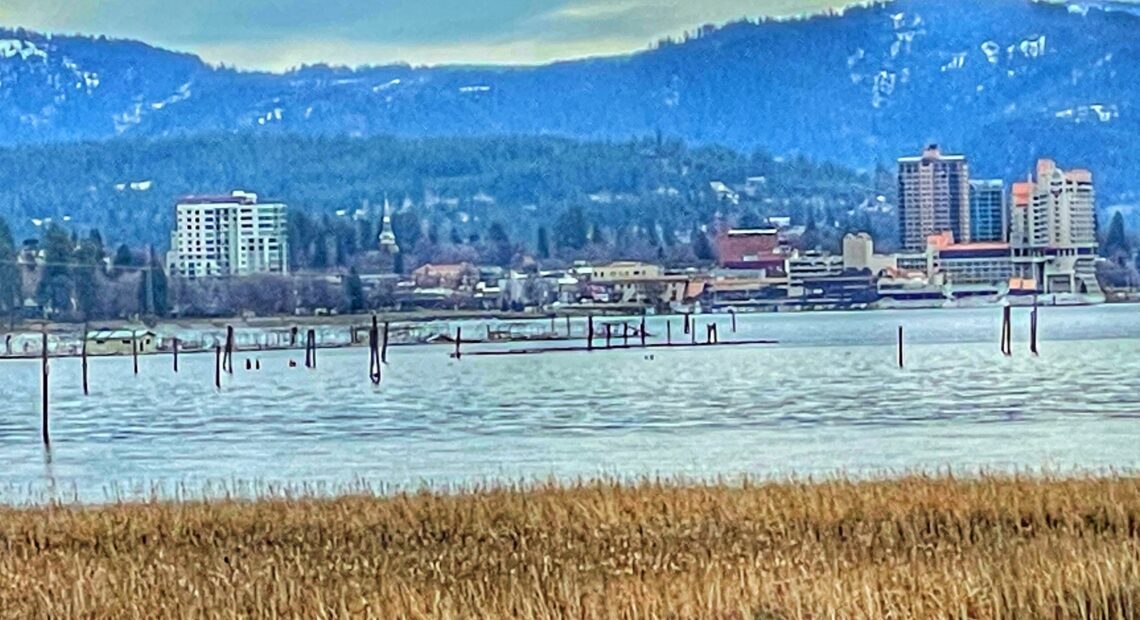 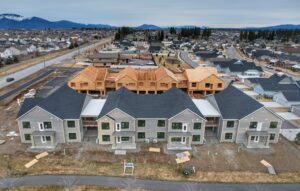 A surge of new residents has caused housing challenges for Kootenai County. Photo by Geoffrey Roth

75% of Coeur d’Alene residents cannot afford to buy a home where they live.

That’s one of the key takeaways in a study about housing in Kootenai county.

“These higher prices are reducing the overall wellbeing and standard of living in the population,” said University of Idaho researcher Steven Peterson.

Peterson and his team looked at data on housing constraints, demographic changes, and business activity from the past five years.

New potential companies may not relocate to Coeur d’Alene due to the high cost of living. And many long-term residents will be squeezed out of the housing market altogether.

“And just my thoughts, comes down to 100% frustrated, and half the time, feel defeated,” said Shepard, who was born and raised in Coeur d’Alene. She’s a single parent with two kids.

Shepard said last February, she was renting a house.

“And we were contacted by a local realtor. And she said, oh, by the way, the house that you’re living in is on the market.”

The realtor who tipped her off is Emily Beautler. She was also born and raised in Coeur d’Alene, and has been selling real estate in Kootenai County for the last decade.

“So it’s changed a lot in the last 10 years, especially over the last two, it’s just gone crazy,” said Beautler.

Beutler said, “It’s been a complete seller’s market for the last two years, pretty much up until you get over $2 million.”

“Not only is the price point so much higher, but then they can’t compete because there’s so much cash that comes from out of state,” she said.

She’s currently renting an apartment in Coeur d’Alene for almost $2000 a month.

“I make a good living, but I just think about the people that have kids and even if they have decent jobs like with the housing, the pricing of gas, food, everything is so expensive. It’s…It’s scary,” said Beautler. 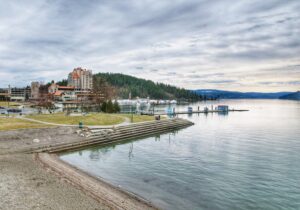 The study found Kootenai County’s populations has increased by 23.7% in the past 10 years.

After Beutler told Shepard her house was on the market, Shepard began looking for somewhere new to live.

“One of the crises we had trying to find a place, because there were no places open in Coeur d’Alene,” said Shepard.

“The shelters were full, the motels were full. We talked about putting our cars together and staying in our cars until a house opened up. So it’s been, it’s been quite the challenge.”

Shepard said she found a place to rent right before evicted. It was the cheapest place she could find, and she said it’s double the rent. But it’s important to her to stay in the Coeur d’Alene area.

Shepard’s three jobs rotate between irrigation, excavation, and installing sewer lines for new construction. Despite how physically demanding the work is, she says she can’t pay her rent on one paycheck from a regular job, or even a full time job.

“Not only does one person suffer, my kids suffer because that takes away time that I can spend with them,” she said.

“I’m missing basketball games, missing, you know, soccer games, missing like, choir at school, and just all those important things that I’ll never get to see again, that they won’t have their parent there to see.”

Throughout his research, Peterson was able to trace the lack of homes to the great recession of 2008. Ranked by economists as one of the worst recessions since World War II, it basically wiped out the construction industry in the United States.

Peterson said, “It created a crater-like event that substantially reduced the number of homes built in the United States from 2008 to 2019.”

What we’re experiencing now is the fallout. Construction for housing has not kept pace for the last 12 years.

Peterson said while the study didn’t make specific policy recommendations for local leaders, he warns that if you don’t find solutions to provide affordable housing for your population, the character of the community will be forever changed.