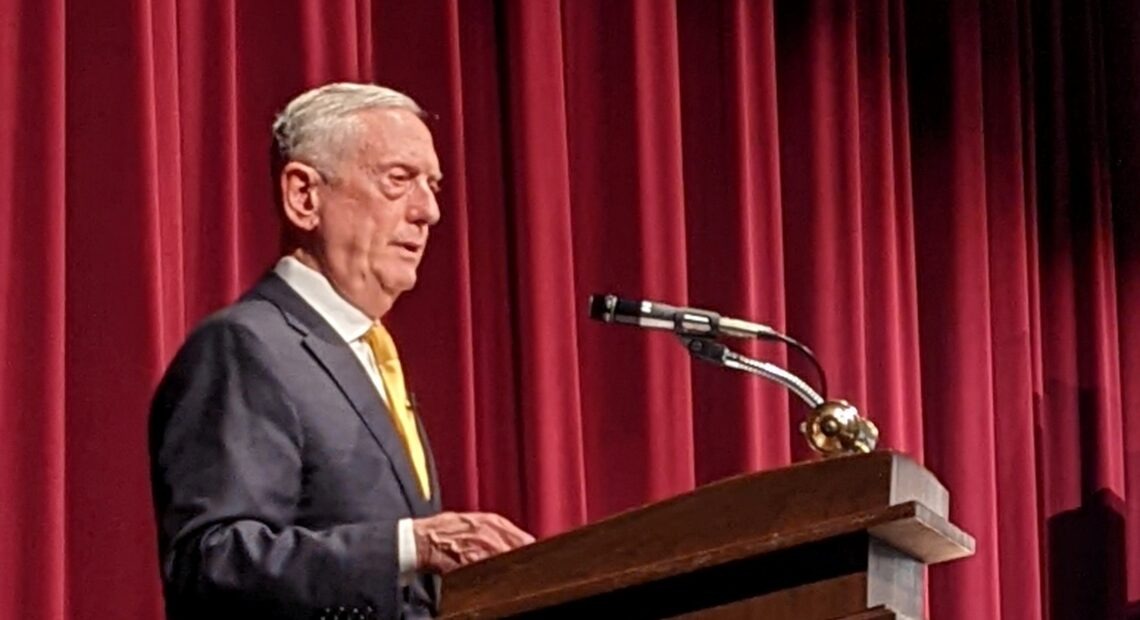 WEB EXTRA: Listen to Gen. Mattis answering a series of reporter questions before his speech / Runtime: 8:51

Mattis served in the U.S Marine Corps for 43 years. He resigned as President Trump’s defense secretary in 2018 over policy differences.

Before the speech, Mattis took questions from reporters. Most of the questions centered on Ukraine.

Mattis brought up the Geneva protocols. He called them the rules of war.

His lecture focused on his concern for political discourse in the U.S. He said its important to still respect and defend the rights of people you disagree with. And he encouraged young people to go into public service.

Mattis was born in Pullman, Washington. He spoke with reporters about visiting his grandparents on the Palouse while growing up.

Mattis’  talk, “Democracy at Home and Abroad,” is part of the Foley Institute’s Distinguished Lecture Series.

The livestream of the speech and discussion are available for viewing on the Foley Institute’s YouTube channel.